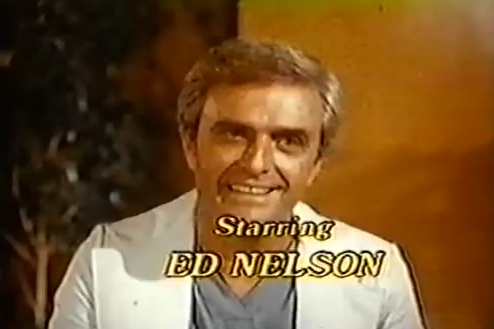 This has been a bad week for film and television lovers. We’ve lost a few of the greats, including Robin Williams and Lauren Bacall. Williams threw us all for a horrible loop, and in some ways, softened the blow of the loss of Bacall, who lived to the age of 89 and, by all accounts, had a full and wonderful life. Character actor Ed Nelson also passed away this week at the age of 85, and like both Williams and Bacall, he enjoyed a long and fruitful career. He’s probably most known for playing Dr. Michael Rossi on the night time soap Peyton Place, but to me he'll always be that guy. You know the one, that actor who shows up in everything. That actor who makes whatever show or TV movie he is appearing in that much better because he’s in it. For most of my life, Nelson was just that guy. And I loved him for it.

But, he was more than simply a handsome, silver haired character actor, and I wanted to commemorate his life by throwing out some interesting facts about a man who deserves to be celebrated.

Here’s a few things you may not know about Ed Nelson:

While filming Peyton Place in 1966, Nelson felt he might be suffering from fatigue and had himself checked out by a doctor. They found a small tumor on his lung – one that had been overlooked by another physician three years prior. It was recommended that Nelson have surgery immediately, but he put off the procedure for three weeks so the Peyton Place filmmakers could figure out how to work around his absence! What a trooper. The I’m-not-a-doctor-but-I-play-one-on-TV actor missed five weeks of work.
Ed has six children, and his son Christopher appeared with his father in the 1979 TV reunion movie Murder in Peyton Place. The younger Nelson said, "This was just like a homecoming to me, even though I wasn't involved in the series. I knew everyone well, and they treated me well."

Ed was married to his wife Patsy for 63 years! He knew that marriage required a lot of hard work and in a 1964 interview the actor said, “My wife and I talked a bit about the future after I made the Peyton Place pilot, and the things that could happen to me if the show is a success. But we refuse to believe that success could destroy our happiness. Carelessness or indifference destroys happiness, and neither of us plans to be careless or indifferent.” 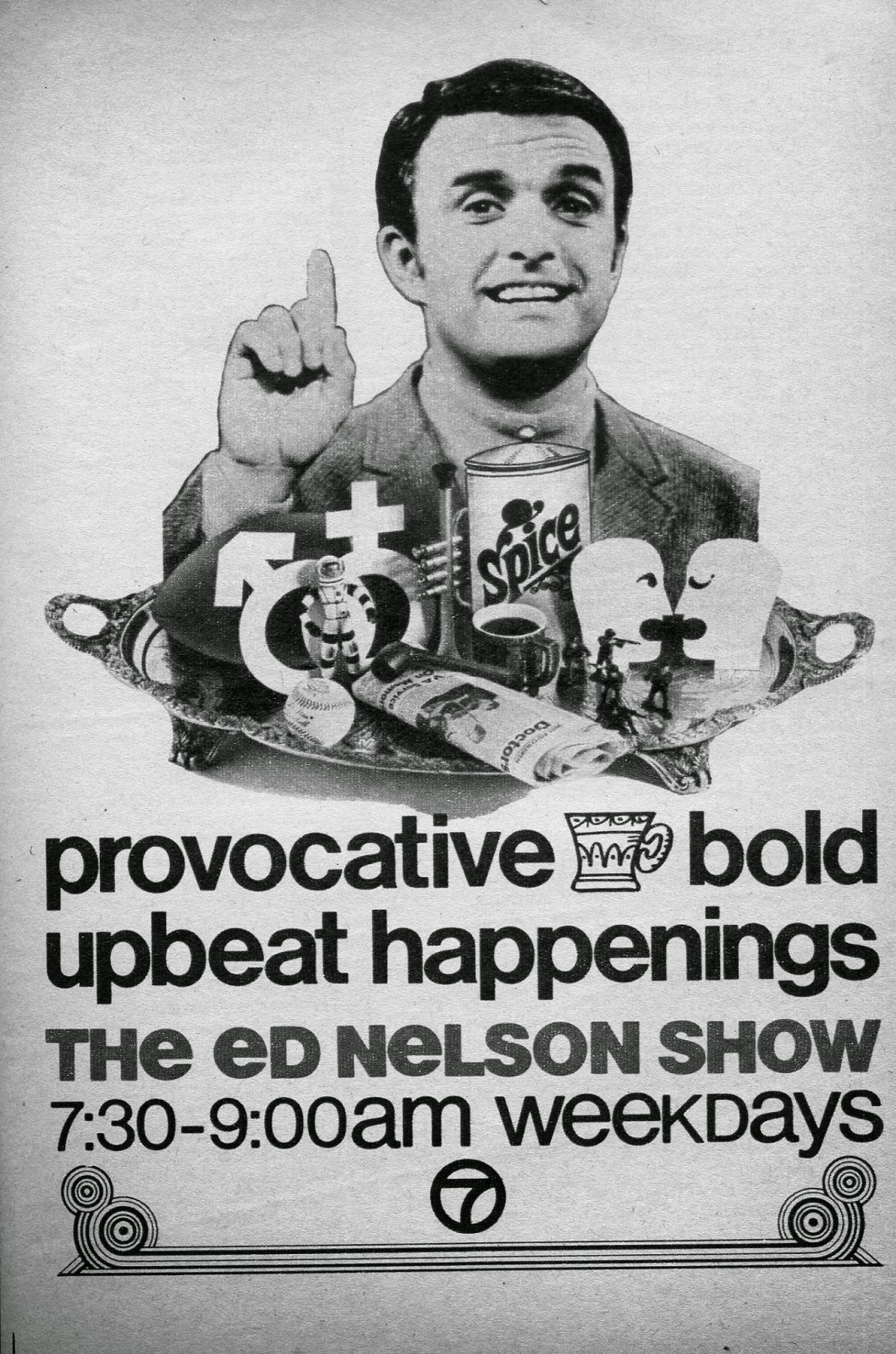 Nelson had his own talk show in 1969! Simply titled The Ed Nelson Show, one of his most (in)famous guests was Nathan Leopold, who along with his confidante Richard Loeb, killed a young man in an attempt to commit the perfect crime. Their story inspired the Hitchcock thriller Rope, and on Nelson's show Leopold spoke candidly about his time in prison.

Ed appeared alongside Suzanne Pleshette in three different projects: The TV Movies Along Came a Spider (1970) and Help Wanted: Male (1982), as well as an episode of the series Channing titled The Potato Bash World (1963).

According to Wikipedia, in 1999 Nelson returned to Tulane University to finish his undergrad degree, and graduated at the age of 71. (This is my favorite piece of trivia!)

In 1972, Nelson ran for city councilman in Los Angeles, but hit a strange snag when another candidate demanded to be offered the same amount of airtime. This meant that when the actor appeared in a TV movie for 12 minutes, one of his opponents requested that he be given an equal 12 minutes of airtime to discuss his political viewpoints! This, of course, did not sit well with Nelson, who said his time on the small screen shouldn’t count because he’s not portraying himself. He said, “It’s unfair that they can give political views when I didn’t in my Night Gallery appearance.”  (By the way, I have no idea how this story played out, does anyone know?)

Nelson was a Roger Corman regular in the 1950s and was the monster in Corman’s Attack of the Crab Monsters!

Read more about Ed Nelson at It's About TV and The New York Times.

Rest in peace, Mr. Nelson. You are loved and already missed.
Posted by Amanda By Night at 8:29 AM

Great tribute to a television mainstay! I didn't know him from Peyton Place, but rather as "that guy". In fact, as I was reading this, I was watching him in an episode of The Rockford Files, with the also recently departed Lauren Bacall. How weird that Garner, Bacall and Nelson all were in this episode together and all died within a month of each other this year.

aw that Ed Nelson was incredible, and thank you SO MUCH for including a tribute to him.
He was such a part of my childhood, he really seemed to be in everything, alongside the likes of Lloyd Bochner and Peter Mark Richman, they used to play the same characters but it didn't matter, we loved them anyway.
And what trivia you dug up about him! I didn't know half of this so its really interesting, anyway you can get ahold of that chat show he did?
He seemed such a lovely guy too, didn't he? Married for 63 years - amazing! As a child we used to have Nelson's chocolate in our swwetshops and as a silly child I used to think he made it[!]. Don't judge me.
This has been an awful week for losing beloved actors. Peyton Place used to be my late mothers favourite soap. Must admit I didn't think much of the later reunion movies but the original series still did it for me.
THANK YOU for having this article about such a fine, classy actor!
R.I.P. Mr Nelson.

Oh my goodness! Awesome article dude! Thank you
so much, However I am having problems with your
RSS. I don't know why I cannot subscribe to it. Is there anyone else having identical
RSS issues? Anyone who knows the solution will you kindly respond?
Thanx!!

Very nice tribute, Amanda. With all that's been going on lately, it's nice that he hasn't been overlooked.

thank you for posting this . he was my grandfather and the most amazing man ive ever know . i saw him a year ago . o how i wish i could give him a big hugg and talk to him just one last time . he raised me wit hlove and taught me the true values of life . its been a really hard process for me because we look very similar and me and him were best friends . thanks for this post !

Thanks for stopping by and commenting. My deepest condolences to you and your family. Ed was loved by so many. I'm glad you can see some of that here in the internet world. My best to you.

Sorry for the late response. I don't know where to see any of the Ed Nelson Show. I stumbled by the TV Guide ad I posted by accident while I was flipping through one of my old guides. Would love to see it!

Thanks all for commenting and sharing our love for Ed!