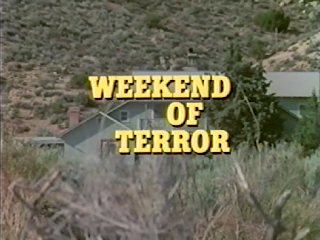 From 1969 – 1975 the ABC Movie of the Week owned the airwaves. For six glorious seasons, ABC took a gamble on movies consisting mostly of horror and/or thrillers like Don’t Be Afraid of the Dark, Dying Room Only and this little potboiler called Weekend of Terror. Lacking in any real qualities to give it a cult status (aside from completists like myself), it’s still a fun and well made kidnap suspense story to make it worth a visit. 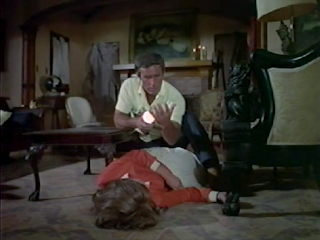 That heiress is, like, so totally dead!
First off, let’s start with the positives. Uh, Robert Conrad, anyone? You’d think Conrad would be too much machismo for the small screen, but it was here that he flourished in some great films (Five Desperate Women, Smash Up on Interstate 5… lots of fives). Partnered here with the indomitable (and equally beautiful) Lee Majors, just a couple of years before he became the Six Million Dollar Man (all these numbers!), it’s kind of perfect match. Add three lovely women, Carol Lynley (hands down one of my all time favorite actresses), Lois Nettleton and the forever dignified Jane Wyatt as… nuns! OK, so Lois and Jane seem to pull it off, but Carol? I mean, she’s just way too gorgeous to be a nun. 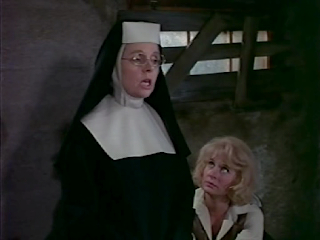 Here's another fine mess you've gotten us into!
Anyway, Conrad and Majors are Eddie and Larry, two small time con artists who pull off a rather large kidnapping, only to accidentally kill their cash cow. At a nearby train station, Ellen (Nettleton) is waiting on Sister Meredith (Lynley) and Sister Frances (Wyatt). Ellen is a recovering nun, thinking maybe she doesn’t need to recover after all. The Sisters have come to help her re-find her calling when their car breaks down in the middle of nowhere. Conrad offers Ellen a ride and quickly finds out she’s with guests - Sister Meredith (Lynley) & Sister Frances (Wyatt). He takes them back to his desolate house and then tells them he is keeping them hostage until he can get some money that’s coming to him. The plan – to make Ellen look enough like the dead heiress so they think she’s still alive. Of course, Sister Frances is a take no prisoners kind of nun (but not nearly as aggressive as Mother Superior in Silent Night, Deadly Night! That would be a whole other movie!) and things are tough – but not impossible for the two criminals. One night, Ellen overhears Eddie telling Larry that when all is said and done, there will be no witnesses, so it’s up to Ellen to figure out a plan for her & her Sisters. Can Ellen convince Larry to help them escape, or is she willing to pay the ultimate price to save her friends? 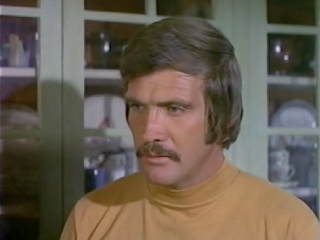 So, if you find you need your fill of nuns & guns or muscles and mustaches, then Weekend of Terror just might sustain your made for television addiction. I mean, we all have one, right? 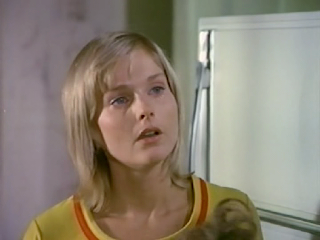 Carol breaks the habit! Har!
Posted by Amanda By Night at 9:50 PM

Awesome to hear you say that about Carol Lynley! I have been borderline obsessed with her since I saw THE SHUTTERED ROOM on late night TV when I was a teenager. This particular title has always alluded me so thanks for posting on it!

You can buy this at mod cinema dot com...