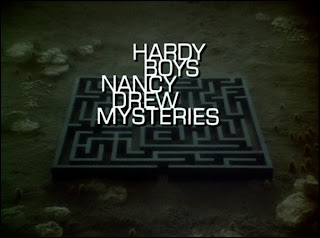 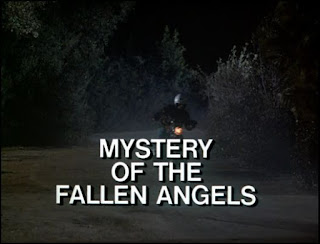 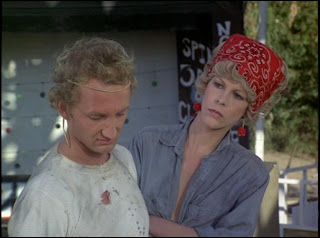 Well, two of the culprits. Actually, two of the culprits with the least amount of dialogue! But kudos to the casting department for pitting the snow white innocent (Laurie Strode) and the pure black evil (Freddy Krueger) against the hottest teenage-female-part-time-investigator-who-works-for-her-dad!

The story features a band of runaways seeking employment in a traveling carnival. For fun they rip off various people and then hit the road. However, this time a young innocent gets caught in the crossfire so Ms. Drew goes undercover as one of the said fallen angels and mystery and intrigue ensue.

And hey, isn't that Beverly Garland? 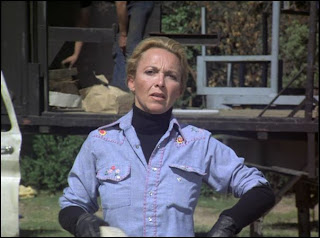 And a young A. Martinez? 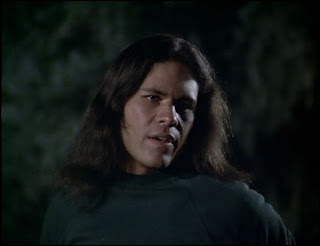 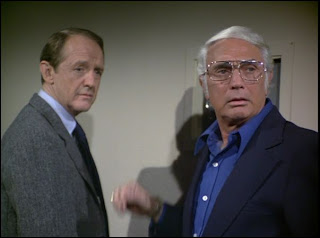 And of course, a smoking hot Pamela Sue Martin 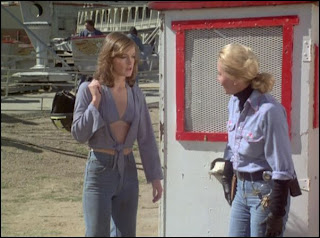 **gulp**
Mystery of the Fallen Angels is featured on Season One of The Hardy Boys/Nancy Drew Mysteries, which is available on DVD! Go get your Drew-on!
Posted by Amanda By Night at 9:05 PM

It's weird - I was just thinking about this show. Not this episode in particular but the show in general. Even if the episode turned out lame, I just loved tuning in to see that great intro when they're running through the maze. Classic!

I absolutely love The Hardy Boys and Nancy Drew Mysteries! I have both available seasons on DVD.
Hey, maybe it's just me, but doesn't A. Martinez look like Jacob from Twilight in this picture? (My niece forced me to watch Twilight, BTW.)

I love this show too! There are always so many fantastic guest stars in every episode. Sunday nights haven't been the same.

Love it and yeah, wow - that episode is just filled with guest-star goodness!!!

Alright, I want that screenshot of Curtis and Englund enlarged to wall size and hanging above my couch! That is just classic!-Unk

WOW, great eye, ABN! Two horror stars in one shot, and these other familiar faces all over this episode. I recently started getting into Nancy Drew and the Hardy Boys, and i actually like it when they did the team ups, I was sorry that Pamela left though. And yes to the comment about A.Martinez..he does look like Jacob from Twilight in that pic., LOL.

Now I have to google Jacob from Twilight!

Thanks for all the awesome comments. I was watching Retro Television and this came on and I was just like, "WOW!" I love seeing actors in early roles. I think Jamie Lee Curtis first appeared on Quincy!

Well, thanks...I sincerely appreciate the kind words. , I just loved tuning in to see that great intro when they're running through the maze. Classic!