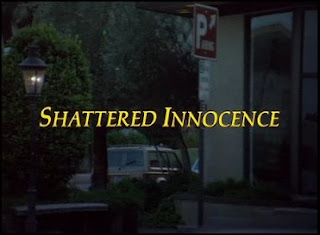 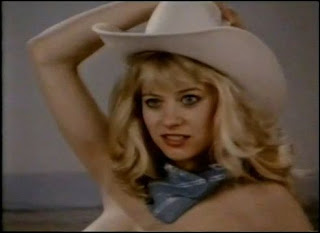 Shattered Innocence is based on the life and tragic death of Colleen Applegate, a mid-west beauty who sought fame and fortune in Los Angeles, only to become the infamous porn star Shauna Grant. Shauna appeared in a handful of adult movies, became addicted to cocaine and finally ended her life just shy of her 21st birthday. She has remained an enigma and popular enough that people still comment on her IMDb page. Jonna Lee plays her as Pauleen Anderson, and this movie makes no excuses for her ascent or descent. Although the adult world and the recognition and money it provided were seductive, Pauleen dove into the business on her own accord, and she paid for it in the worst way possible.

I saw Shattered Innocence for the first time in the early 90s, probably while I was surfing channels on a Saturday afternoon. At the time, I didn't know the name of the movie or that it was based on a real person. I fell in love with it instantly and through the years, it's become a film I enjoy watching over and over again. It's a dark story told with all the neon brightness of the 80s. It never lets go of the cautionary tale, but there's something kind of sweet there too. Jonna Lee really captures the essence of a corn-fed beauty who was a good person at heart, but lost in a world she didn't know how to belong to.

Like The Bermuda Depths and Bad Ronald, Warner Archives has brought yet another truly deserving film to their store. I highly recommend picking up a copy of Shattered Innocence today! 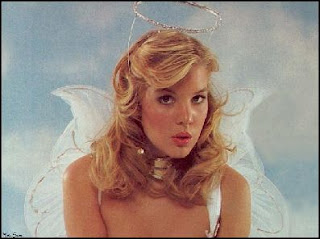 Anyway, I'm glad these made for TV movies are finally getting released!

I read about that Roberta Findlay movie and have to admit, my curiosity regarding Shauna Grant definitely made me want to find that "doc," but alas, I think good taste won over. It's so crude to make movie like that about a dead person, regardless of their occupation. Horrible.

Yay! I just thought of this movie and before I did anything, I came to your site! I knew you would have something on it. AND it's on DVD! I've been a big Jonna Lee fan since I was a kid watching "Lovelines". Thanks for the info Amanda!