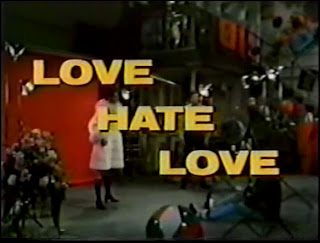 Network: ABC
Original Air Date: February 9th, 1971
Although Ryan O’Neal got his start on television, I mostly think of him as a big screen kind of guy. Of course his most famous TV role was as Rodney Harrington on the super-sudsy Peyton Place. But by 1971, when Love Hate Love came out, he was already wooing big screens everywhere playing Oliver Barrett in the double-sudsy Love Story (which I was underwhelmed by). By 1973, Ryan was just about to move over to superstardom with a part in What’s Up Doc? Love Hate Love caught him right smack between the two and, boy, did he pick quite the doozey to send the boob tube off! 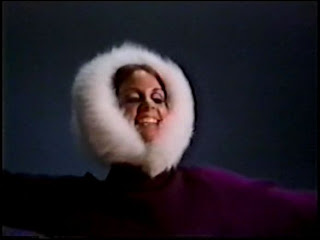 Those are the craziest muttonchops ever!

Years before stalking became a real issue (and an unfortunate trend), Love Hate Love was taking it to the people! The late Peter Haskell is Leo Price and is all kinds of 70s sexy cool (think Andrew Prine in Simon, King of the Witches and drool). Oh, and he’s a total freak. He meets and woos a pretty model named Sheila Blunden (Lesley Ann Warren), even though she’s been seriously dating Russ Emery (Ryan O’Neal). Sheila breaks it off with Russ, who is pretty dignified about the whole situation. However, when Leo sees the two hugging goodbye, it’s right hook time as Leo puts a little foot to ass. This only drives Sheila back to Russ, and the two marry and move away. Leo makes a cross country trip in an attempt to plea for Sheila’s love one last time and when she denies him the connubial bliss he so longs for, he hunts the happy couple down. How romantic. Now it’s time for Russ to do the bootee kickin'. 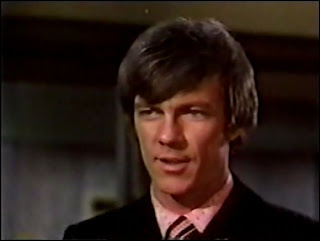 Love Hate Love is super 70s fun but it's also an eerie look at how a bent mind warps love into its own little ball of evil. By today’s standards this is fairly tame, yet it does attempt to capture the madness that overtakes someone when they’ve been denied what they want most. Of course it’s all done Aaron Spelling style, so expect lots of fabulousness along the way. And when I say fabulous, I mean Lesley Ann Warren, the forever chic and ageless beauty. The fashions – oh the fashions - talk about a great wardrobe. She’s like a Nehru goddess here. 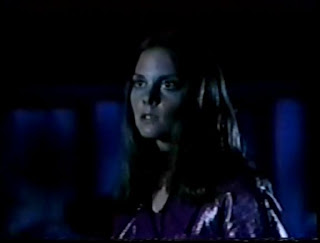 She ain't taking none of your crap, Leo

The farther back made for TV movies go, the more they feel like theatricals. The score of Love Hate Love by Lyn Murray reminds me of an ultra cool Italian giallo. I really dug the crazed hippy dippy nature of Leo and his violent outbursts. Haskell was some kind of wonderful, if you ask me.

Here is a link to an obituary I wrote for Peter, who sadly passed away earlier this year. He actually talked a little bit about Love Hate Love on my Facebook wall (you can read what he said via the link). I know sometimes technology seems like it distances us, but in Peter’s case it gave me the chance to correspond with an actor I truly admired and he actually made me feel like a friend. How I miss you Peter.
Posted by Amanda By Night at 8:50 PM

Nice piece, Amanda! You never cease to amaze me with your encyclopedic knowledge of all things TV.

That's awesome that Peter Haskell spoke with you via Facebook before his passing. I can imagine how much you cherish that moment.

I can't say I've heard of this show but it sounds interesting. I love the movie "What's Up Doc." Ryan O'Neal was cute and Barbara Streisand looks quite beautiful in it.

And...I second the comment about being able to connect with Peter Haskell before he passed away.n

Thanks for stopping by guys. This was a fun movie and it's the most sinister I can remember seeing Peter (except maybe a Hart to Hart he did), he's often the good guy... The more I think about him here, the more I do think he really does remind me of Andrew Prine. Two wonderful actors.