We Now Return to Your Regularly Scheduled Program 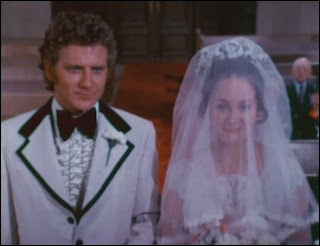 OK, so I am back from my way-too-short vacation and am happy to report that I got married! Yes I did! The mancub and I had a very small ceremony in Santa Barbara and proceeded to spend the rest of our trip drunk! It was fun.

Luckily, this isn't how our wedding day ended: 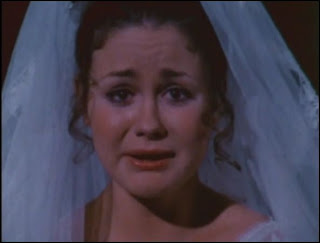 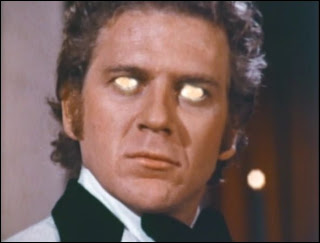 If we had invited Shelly Winters, we'd be having a different conversation, I'm sure!

I have a couple of weeks left before school starts so I am hoping to get in a few blog posts... well, the goal is to do it every day if I can, but I always say I'll do something and then screw it up, so let's just keep the goal at a few... I am so excited about all the TV goodness going on, so let me start there... 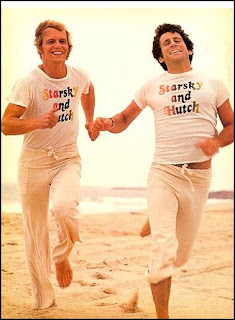 This is definitely TV goodness!
If you happen upon issue #26 of HorrorHound Magazine, you'll see a pretty neat little spread on the history of television horror... and there is a great section on our favorite made for TV movies! YAY!

You will also want to pick up issue #160 of Video Watchdog which features a great piece on Friday the 13th: The Series written by a cool dude named Jeff Allard who runs the awesome blog Dinner with Max Jenke (and he's been known to stop by here as well!).

I also stumbled upon this great article yesterday regarding memorable sitcom deaths. The fact that Elaine from SOAP made the list shows the writer really knew his stuff. There are a ton of great clips to behold as well. 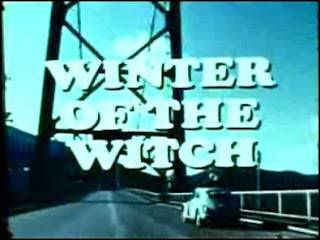 In stranger news, I came across an interesting and perplexing "faux" news story about the remake of the obscure short film Winter of the Witch. The article was a spoof, but triggered my curiosity. Apparently this little film was made in 1969, but aired on CBS in 1977 (although I've also read it aired on PBS and was shown in classrooms). The short is so obscure I was shocked and fairly pleased to see it was worthy of a parody (although the spoofed article is pretty silly). The movie is actually airing on Google Video, so if you have been hunting out this little treasure, now is your chance to catch it once more!

The story is about a woman who buys a house dirt cheap ($500!) and moves herself and her son in. They find that along with it being a large, creepy property, it also comes with a witch who refuses to move out. Eventually the little family soon learns that the witch makes some damn good pancakes! These pancakes have an LSD-like effect on some and on others it just makes them do silly dances. Ah, the late 60s... Where are you now? We need you! The movie is based on a book called The Old Black Witch and is narrated by the lovable Burgess Meredith! I just watched it and I kind of love it!

You can read a review of the movie at The Mystical Movie Guide. 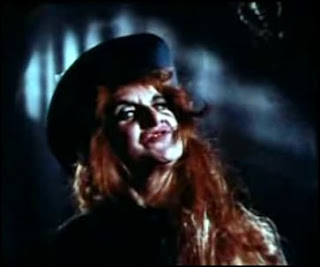 Congratulations to you and D!

Thanks so much Pam!

That's wonderful news! My best to you both, just watch out for beaming yellow eyes! ;D

(Late) congratulations Amanda! I was married to my Mr last year too, young(ish) love an' all that is all the rage!

You'll be glad to know my Witchy screenplay is coming along marvelously. More to report soooon. ;)

Ginger, I'm so on the lookout for those glowing yellow eyes! You never know! :)

Sam, congrats to you on also becoming a newlywed. I am dying to hear more about your project, so yes, please keep me in the loop!

How can I repay you for introducing me to "Winter of the Witch"? I can't, that's how.-Unk

Also: Congrats from me too. Dave is a lucky dude!

Wow, Winter of the Witch! They used to show it to us in school ALL THE TIME because it was filmed in my hometown.

Hey Zoe, glad I could reconnect you with it. I really enjoyed it. Those movies they showed us in school were always pretty great. I just found the version of the Monkey's Paw that has given me nightmares until this day!

If you see this zoe, please let me know what town it was shot in. I'm curious.

Unk, I'm so glad you enjoyed it! And thanks for the well wishing! :)