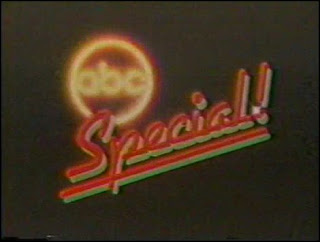 It's like the people at Hot in Cleveland live inside my head or something... On the season premiere last night Wendy Malick made a sly reference to the TV movie The Stone Pillow starring Lucille Ball! Her character talks about playing a homeless women in the movie The Concerte Pillow! Very cool, Wendy (and writers). Very cool!

By the way, did you know The Stone Pillow is streaming on Netflix?

I stumbled across this interview with Bradford Dillman at Cinema Retro! My wonderful Bradford was an incredible staple on the small screen flick scene and starred in some great films such as Five Desperate Women and Revenge! In this interview he has a little love/hate relationship going on, and it's an interesting read.

There is also this nice interview with Linda Day George at Komo News. It's pretty much a Where Are They Now piece and it looks like Linda has had a good life since she retired from acting in the 80s.

As school looms over me (I start next Monday), I picked up a book called The Movie of the Week: Private Stories, Public Events by Elayne Rapping. It's a little textbook-y but overall I'm enjoying it. Of course I just started. I think it will take me all semester to slowly read it, but I'm excited to see such a serious look at my favorite genre!

And finally, it looks like Columbia Pictures has followed in the path of Warner Archive and are releasing some titles from their vaults! So far, there's not a ton of TV movies available, but you will find stuff like the 1986 version of The Canterville Ghost, four Hart to Hart films (yay!) and something called Terror Among Us which is a chiller from 1981 that looks pretty incredible.

I'm telling ya, TV movies are all the rage these days!
Posted by Amanda By Night at 5:17 PM