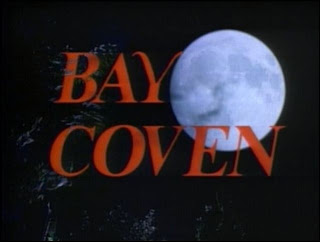 It all started when she landed the role of Nancy Drew in the 70s. She became Parker Stevenson’s frustrating love interest and I think I hated her a little for it. How does one compete against that? Eventually I learned to let go and knew in my heart it was for the best. Parker was not destined to be mine. Then, just when I thought I'd grown up a bit, I see she’s attached to Tim Matheson in Bay Coven! Seriously, when will this madness end?!? 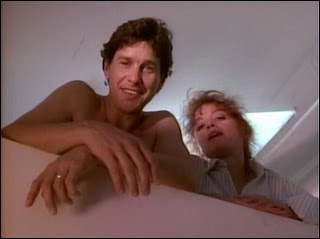 He's mine, Pamela. Do you hear me? Mine!
Pamela is tre chic in this movie too. She plays Linda, an ambitious executive type who lives in an ultra-fab apartment with her husband Jerry (Tim Matheson). They have very Green Acres like dreams – He wants fresh air, she wants Times Square (via Canada it looks like). At this super cool and smoky jazz club they meet Josh and Debbie (Jeff Conaway and Susan Ruttan) who tell them about Bay Cove, which is close enough to commute to the city, but country enough to make you wish you owned more overalls. Apparently there is this house for sale super cheap, so Linda and Jerry take a trip out to the little island. Things get a little creepy instantly with the strange lady who owns the place and will still be living on the property after they buy it. But hey, it’s Barbara Billingsley, so it must be OK, right? But as with any old-creepy-house-on-a-small-island movie, the couple move in and then start to discover the evil lurking underneath the idyllic locale.

You would have to be really gullible to not figure out what is going on. There are no twists, well, except for one startling and well filmed death scene, but it is still a pretty good little movie. Why? Because Pamela Sue Martin is awesome. Sure, it’s hard for me to admit that, after the whole Parker incident, but it’s true. I like that lady. She plays an interesting character here, falling smack dab between obnoxious but smart Nancy Drew and sleazy but sexy Fallon from Dynasty. She’s pretty rounded out here, maybe a little more akin to an adult version of her Nancy Drew counterpart. 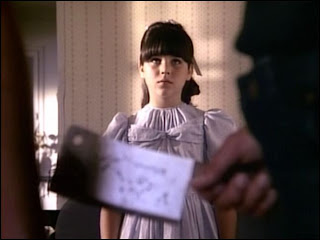 Creepy Kids + Big Knives = Total Awesomeness!
The cast of familiar faces, including Matheson, Billingsley, a young Woody Harrelson, James Sikking and Inga Swenson (!), will probably make any child of the 80s a little happy. As I said there’s not so much in the way of shocks, but there is this comfortable feeling aided by the wonderful cast of television friendly faces. That, along with some nice, steady pacing from director Carl Shenkel (The Hitchhiker, Silence Like Glass) makes Bay Coven a pleasant surprise. I had been sitting on this movie for years now. I remember my husband giving me a copy and after all the ooohing and awwwing it somehow got left unwatched. Maybe because it’s so readily available. Bay Coven has enjoyed a release on vhs (under the title Eye of the Demon) and then on DVD as Bay Cove, and it’s also been streaming on Netflix and hell, it’s even on Hulu as well. I guess it became less desirable because I could see it anywhere. I like my hidden gems, although lately that Neflix has been making my mouth water. I’m really glad I was desperate to find something to watch while I worked out the other day, because I might have gone a few more years and missed this fun late-entry TV horror film. But now what will I workout to? 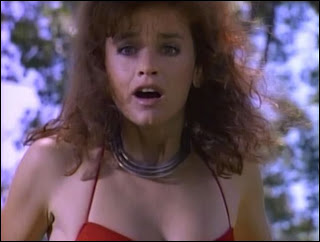 Terrified and fabulous!
Posted by Amanda By Night at 4:13 PM

Sounds like a good way to spend some time. I mean, Pamela Sue Martin - Right? Right.

Goes on my list to see this week. Love Pamela Sue and Tim Matheson!

I don't know what it is about Tim Matheson, but he just adds a pinch of awesome something to every production he's in. I like him! LOL.

Hi all, thanks for the comments. It's a pretty good flick so enjoy!

I love seeing all the love for Pamela and Tim!