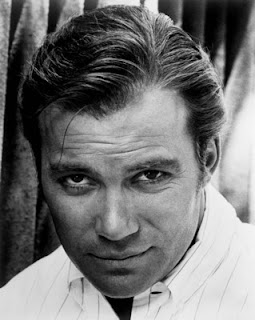 Since Bill just turned 80 years young on March 22nd, I thought I'd celebrate the right way by making him the star of this month's poll. I've listed some of the best Shatner TVMs from 1970 1980 on the right. Polling will go through the month. He made some good films and I'm going to have a tough time deciding! If you need a Shatner-esque brush up, you can read my reviews of Horror at 37,000 Feet, Pray for the Wildcats and The Babysitter. 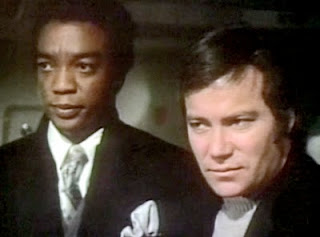 And check it, you can watch all of Sole Survivor at Google Video!

As for the last poll I did in February, the hottest studs of 70s sitcoms were John Amos and Haywood Nelson, who tied for first! Demond Wilson was one vote behind, taking the second spot. Mmmmm-mmmmm-good choices folks!

Update: Ugh! How could I forget to add Horror at 37,000 Feet?!? If you want to vote for that one, just leave a comment (I can't edit it since there have already been votes). My apologies to scariest airplane this side of the Airport series!

I had forgotten how hot William Shatner was back in the day - thanks for reminding me!

Had to pick THE TENTH LEVEL over THE PEOPLE, even though I love them both. Bill does the patented "Shatner shoulder roll" in TENTH LEVEL!

The Shat does some honest-to-goodness quality work in THE INTRUDER, which producer Roger Corman claims is the only film to lose him money.

Of course, there's always INCUBUS, in which Bill speaks Esperanto with a French-Canadian accent. TCM runs it every now and again, in a sufficiently quiet time slot.

Pam, Shatner was indeed giggle-worthy. Especially in Pray for the Wildcats. I just wanted to touch him. It's true!

Propagatrix, I have Incubus but haven't seen it yet. Shatner has had a wildly diverse career, and I always enjoy watching him...

Ginger, I LOVE Kingdom, but it's not a TV movie. I love that the lead actress, Tiffany Bolling wears driving gloves. Now, that's just hot.

Thanks all for commenting! :)

LOL..Sorry! I just remember watching it on the ABC late show. I just assumed it was. :D Great new look to your blog!! I'm just catching up on all my subscriptions, on to read more of your posts.