Worlds Without End are Ending 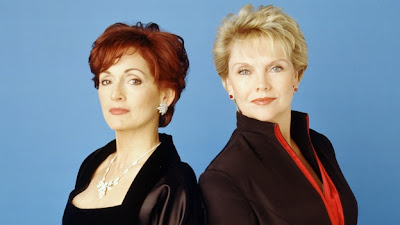 Who knew that Friday, January 13th, 2012 was going to be so unlucky for Amanda By Night? I guess I did last April when ABC announced it was cancelling two long time soaps, All My Children and my story, One Life to Live. Since then I’ve watched my show get cancelled, get picked up by a production company named Prospect Park as part of an interesting online venture and then dropped again, when they couldn’t secure the right financing (and guild deals, apparently). Now it’s completed its run and I am beyond words.

OK, I'm not completely beyond words... I'd just like to say that the actors, writers and crew of One Life to Live have risen to an extremely difficult challenge. The last few weeks have been nothing short of sheer brilliance, and the cliffhanger ending was fantastic. While I know they had to leave some stories open because they thought they'd go online, I love the choices they made and I'm looking forward to watching some of the characters move over to General Hospital.

That said, I still have a few bones to pick with the world of television programming...

I understand that television is a business. It’s all about the bottom dollar and deciding what kind of shows will reap the greatest financial rewards. It’s always been like that, but inside of that world of cold, conglomerate business-making there has been an artistic venture residing within. People who want to make great entertainment come in and do what they can with what they’ve got. It’s part of why I love made for television movies so much. Filmmakers were lucky if they were given two weeks to shoot something, and because of small budgets, they concentrated on characters, stories and mood. While the TVM genre became less fiscally rewarding, soaps kept up that tradition by putting together one hour shows, five days a week, all year. It’s amazing to think of how such a large group of people assemble everyday to rehearse, block and film dozens of pages of scripts. Of course they too were all about characters and ambiance. I know melodrama has become less cool over the years, but what’s disparaging is how cold (no pun intended) some people have become towards the daytime genre. I think people have lost respect for the work these people do, and it’s really sad. Sometimes I feel like we’ve become a world who either wants the cruddiest low budget reality programming (technically, the new soap opera) or extravagant effects-laden shows. Somewhere, we forgot about the middle. 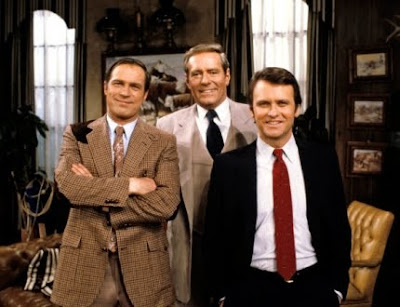 I say that knowing that’s not completely true, and I know that with the advent of cable, there are simply too many options and audiences become fractured. In the end, all network television is in decline. But that doesn’t make it any less upsetting to see One Life to Live disappear from my daily viewing habits (and the only current programming I follow aside from Hot in Cleveland).

Soaps are a fantastic venue for escapism. I started watching One Life to Live 30 years ago, and I haven’t regretted an hour I set aside for my daytime drama. One of the reasons the show worked for me was because it had a great sense of humor about itself and the writers never seemed afraid to go there. Characters went back in time, they went to heaven (and came back), they discovered an entire city beneath the most palatial Llanview mansion, Llanfair and they had hilarious characters who often summed up the over-the-top situations with quirky one liners. They also had some incredibly intense and moving drama, such as when Megan died of lupus (I will never get over her death), or when they almost executed Todd Manning for a crime he didn’t commit. They had characters of all kinds of ages finding love in the afternoon. It was a beautiful, fantastic and wonderful ride, and I’m so happy I got to visit Llanview for the last three decades. 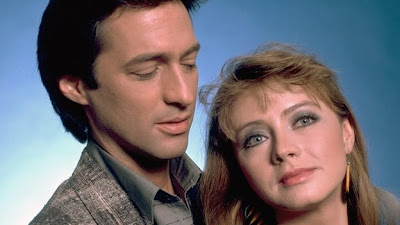 But the end of the show doesn’t just mean that I will be wondering how to fill that hour in my day, it also stands for the ongoing, and somewhat brutal, death of the genre. Since ABC announced they were cancelling One Life to Live, I’ve become a member of several Facebook groups (and yes, I am even part of a letter writing campaign), and there are thousands of us gathered together, wondering if it is possible to save our soaps. With SoapNet going bye-bye in the near future (another boneheaded business decision, as far as I am concerned) there isn’t much of an outlet for these shows, which I had once assumed would eventually move to cable. It’s a scary time for people like me, who love this kind of storytelling. It feels like no one is listening, and those channels I once held dear to me have become nothing but strangers, who I pass by on my remote as I look for better entertainment.

Sounds kind of melodramatic, don’t it? Well, I think I’m allowed to mourn to loss of my friend here today and I can’t think of any better fashion than to say there is no more love in the afternoon. Goodbye One Life to Live, I will always love you and I will never ever forget you. 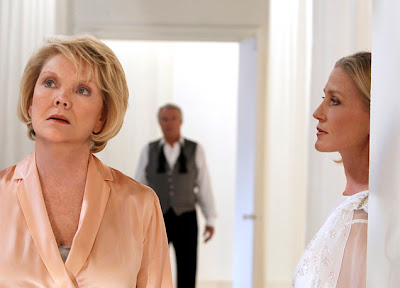 Not overdramatic, I totally get it. Been watching One Life to Live as long as you, off and on, and am still having a hard time thinking of it not being there anymore. And with GH (the one I was most fond of) the last standing at ABC, I am wondering if its days are numbered, as well.

Sad, depressing, frustrating. The characters will be missed. Big time.

I posted about the show today, too. Just felt like I had to do something to honor its final day.

It's definitely the end of an era. I feel it so deeply and like you, I am sad and frustrated and not just a little depressed.

Thank you for comment and letting me know about your tribute. I loved it!

Thanks, I didn't say much, just wanted to say something. I will miss them all, too.

in Spain in 1987, when they were beginning morning tv they broadcast One life to live for a year or two then it was replaced by Santa Barbara that got more success, is Santa Barbara still in american tv? by the way apart from the budgets and the format what are the conceptual??? differences between that kind of show and Falcon Crest, Dallas or Dinasty? I prefer these, they were sensations in Spain specially Falcon Crest.
More things were the south- american and mexican soap operas the origin of that north-american shows?

a really interesting article about american tv its formats and shows here in Spain we are under developed, now they are discovering the tv movie format and they are using it almost only for biographies of national celebrities and artists

Amanda, my son has been watching the show since June. He did his own post, I thought you might enjoy it!

Hi guys. Thanks for reading!

Francisco, I think the major difference between something like One Life to Live and Dallas (aside from what you mentioned) is that a primetime show only gets one hour a week, so the stories are told a little differently. On a daytime soap, there is an inclination to repeat a lot of information and the histories are more complex. I love night time soaps myself, with Dallas being the obvious fave. Good stuff!

Joe, thank you for the link. Your son has a great sense of humor. Also, my husband was really into David Vickers too. I think he draws people in more than a lot of the other characters... Hmmm... blog post idea perhaps? :)

That picture of Tina - I loved her! She always had waaaay too much mascara on, my sister used to imitate her cowboy boyfriend, "Tina girl, I, I, I love you girl".

Off topic, but I am looking for a scary made for TV movie and wondered if you could help me?

Hey anon! I loved Tina too! The mascara only enhanced her wide-eyed stares she's always break into just before the commercial!

I can try to answer your question... Just go ahead an post your question here and I'll do my best to figure it out for you.