Sitcoms featuring black actors were a mainstay in our household when I was growing up. I had a crush on each and every one of these guys at some point in those formative years, so I thought I'd make a poll to celebrate the hotness of the decade!

Whether John Amos was on The Mary Tyler Moore Show or Good Times, he was machismo on a stick! I really adored his relationship with Florida (Esther Rolle) on Good Times and loved how even in the worst conditions, they always found something to laugh at. John just turned 71 in December and he's still as handsome as they come! 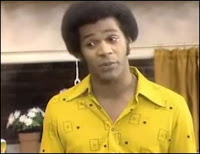 I actually began crushing on Clifton in the 80s when he starred on Amen with Sherman Hemsley. I always liked his positive, upbeat nature and thought he looked pretty amazing in a three piece suit! I only recently discovered his 70s sitcom, That's My Momma, but let me tell you, I am hooked. He's hilarious and looks oh-so-good in bell bottoms! 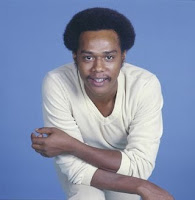 Although I liked both Lionel's on The Jeffersons, Mike Evans was always the most handsome and charismatic, making my heart pitter patter whenever he graced the screen. Mike sadly passed away in 2006 at 57 years old. It wasn't until he died that I found out he was one of the co-creators of Good Times. Apparently those were tumultuous years for him and is probably at least partially behind the reason he dropped out of show business. But I will be forever grateful to the contribution he made on The Jeffersons... and to those beautiful brown eyes! 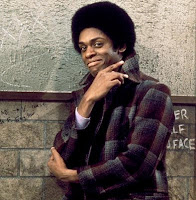 Lawrence Hilton-Jacobs was always my favorite Sweathog on Welcome Back, Kotter. Whenever he'd say, "Mr Kot-tee-air," I always giggled. I admit it. He had amazing comic timing, and the fact that he was also in Cooley High only strengthened my crush. Eat your heart out, John Travolta! 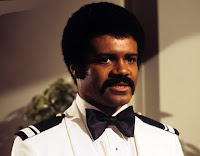 Ted Lange was so adorable as Isaac Washington on Love Boat and while his subtle and extremely likable presence made it the show to watch on Saturday nights, his turn as Junior on That's My Momma is truly something to report! "Who-weee!" That man is hot... and he's still looking good! 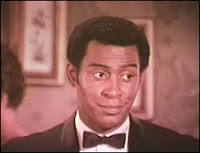 I really know Scoey through his many hilarious appearances on Match Game, but he also starred in a TV adaptation of Barefoot in the Park. It was a short lived series and as it turns out, extremely hard to find, and that's too bad, because the more of Scoey to go around, the better! 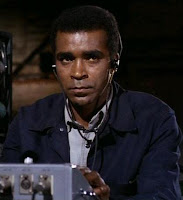 I'm kind of fudging with Greg Morris, because he really didn't do much in the world of television comedy in the 70s, aside from showing up on random episodes of shows like Sanford and Son and Love Boat, but he was also one of those fabulous guests on Match Game and he was so completely hilarious and likable (and gorgeous), that I wanted to include him on this list. I have to admit, my love for Greg has to be one of the longest running crushes in my life. He passed away in 1996 and I still think of him often. He was truly one of the most wonderful men ever to grace the small screen.

Hey, hey, hey! Haywood Nelson is absolutely adorable. Dwayne's character on What's Happening embodied all the things in a sitcom man I like. He was shy but funny and had the world's sweetest smile. He still does in fact. Based loosely on Cooley High, What's Happening was a great show about being a teenager in the 70s. It had some of the best physical comedy of the era and Dwayne just sweetened the pot with that smile. **Swoon** 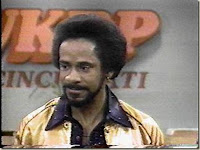 I'm not sure which is hotter, Tim Reid as Venus Flytrap on WKRP in Cincinatti or his wardrobe on the show. I always loved Venus' laid back persona. WKRP could be hilarious, but it could also be deeply moving and one of my favorite episodes is when we find out Venus was a deserter from the Viet Nam war. He tells a harrowing story and if they had cast someone less talented than Tim it would have not have been nearly as effective. What can I say, sensitive studs rule!

Like Greg Morris, I have been in love with Demond Wilson for about as long as I can remember. Not only was Sanford and Son a great show, but Lamont seriously made me giggle as a little girl. Shoot, he still does. There's something so cool about him, even when he's really put out by his pop. Also, I used to dream that I'd live near him and his hot neighbor, Julio. Mmmmmm, I am sure I would have imploded!


This poll runs to the end of the month. Please vote for your fave man, or let me know if I missed someone!

Update (2/11/11) - Yikes! How could I have missed Ron Glass? His wardrobe and smile (and mustache!) were to die for. I still want to find a copy of Blood on the Badge, which was the novel his alter ego wrote on Barney Miller. Please forgive me Ron, because truly you are unforgettable. And thank you Propagatrix for righting my wrongs!

By the by, I cannot add Ron's name because the poll cannot be edited, if you want to give Ron a vote, just leave a comment and I'll add it to the mix! Thanks!
Posted by Amanda By Night at 8:16 PM

Amanda, you are a genius writer about all things TV and movies...I'm a big fan, and i'm not just saying that because you're my beloved bff....it's because it's true!!

It's hard to pick just one--so I have two favorites: Lawrence Hilton-Jacobs and Tim Reid.

This was a difficult decision but I chose Greg Morris. I always thought he was cute when watching reruns of Mission Impossible on Saturday evenings with my brother when we were kids. I do like Ted Lange too - he was our favorite on the Love Boat.

I love all these men. Clifton Davis wins for me. I had a crush on him since That's My Momma too!!!

Hi, how are u ? I looove Issac From Love Boat. Can you as a favor make me copies of love boat episodes please ? write eferrucci@aol.com

No love for Ron Glass on "Barney Miller?" I am bereft.

Hey guys, thanks all for voting and I apologize for being able to add more to the blog... there are so many people I want to write about!

And Propagatrix, thanks again for reminding me how awesome Ron Glass is!