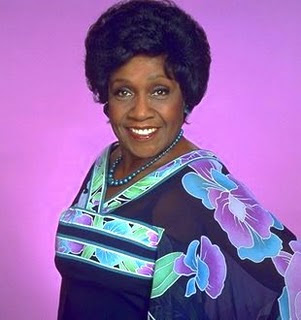 We all know who Isabel Sanford was. Well, we all know her as an actress whose portrayal of Weezy Jefferson helped to anchor the buffoonery of her on-screen hubby George on the long running sitcom The Jeffersons. But Isabel was also a trailblazer.

The 70s was a progressive time for black actors on television. Shows like Good Times, Sanford and Son, What’s Happening, and The Jeffersons showcased various facets of life and captured the black experience through humor. The Jeffersons was particularly groundbreaking because it featured a racist black man (although George certainly softened with time). It seemed the likely direction to take, since it was a spin-off of All in the Family. In fact, Weezy was the Jefferson to make an appearance on Family (which may explain why she received top billing through the entire run of the spin-off), and once they brought George into the mix, it was surefire hilarity. The Jeffersons ran for eleven glorious seasons and received many accolades and a few Emmys in the process, including one win for Isabel in 1981. In fact, she became the first black woman to win an Emmy for Best Actress.


Isabel was born in 1917 in New York City. She was the only child out of seven to survive past infancy and under the reasonably protective advice of her mother, she didn’t overtly pursue show business, although she longed for it at a young age. Instead she snuck out to night clubs and after she married and had three kids, she continued to work towards her dream, joining the American Negro Theater in the 40s. When she divorced in 1960s, she took her three kids on a bus and travelled clear across the country to fully recognize her desire to act. Her film debut was in Guess Who’s Coming to Dinner in 1967. She was 50 years old.

She captured Norman Lear’s attention and he cast her on All in the Family. The rest as they say in TV land, is sitcom history.

Isabel was actually 20 years older than her co-star Sherman Hemsley, but there could not have been a more perfect fit. Her supreme comic timing connected with audiences immediately. She became the (loving) voice of reason whenever her ignorant husband lost his mind, which was often! There was a real chemistry between the two and they would end up appearing together on everything from The Fresh Prince of Bel Air to Old Navy commercials. 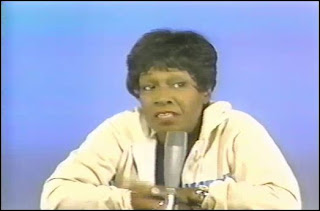 Isabel being funny on Hollywood Squares
One of the most prominent themes of The Jeffersons was that the family became affluent and lived in an expensive high rise apartment. Weezy’s transformation from pragmatic housewife to the sophisticated but caring councilor of the HELP Center, was one of the most natural makeovers seen on television. Originally uncomfortable with her new found status, Weezy found a way to grow into a classical elegance while still remaining true to her Harlem roots.

Isabel Sanford was indeed a great role model for black women in show business. She has been so influential that Emerson College in Boston honored Isabel with an honorary doctorate of Humane Letters in 1985. Isabel sets an example for all women, especially for those of us who worry that we’ve passed our prime, because she proved to us that the second act of life could be just the beginning.

And visit her site here. 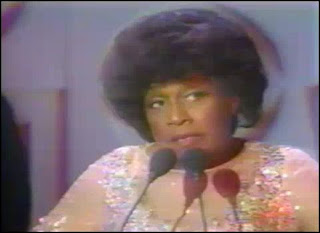 Great job on your mini bio on Isabel Sanford. Who didn't love Weezy? BTW, it was a fabo idea to highlight Black History Month through your blog's theme!

Hi guys! Thanks for reading! I wish I had more time to do more of these. I really loved writing about Isabel Sanford in particular because I have admired her for almost my entire life!