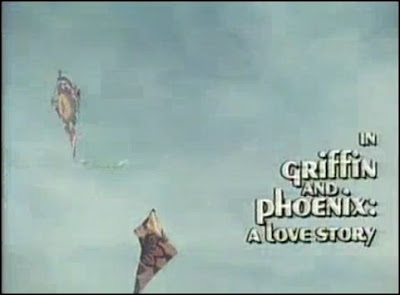 Anyone who reads my blog is probably aware that I have a deep love for Peter Falk. You can only imagine how crestfallen I was when he passed away in 2011. But who am I kidding? We were all crestfallen. Falk was such a wonderful actor and if you were born in the 70s or later, chances are he was a mainstay in your life. Of course, he was best known as the disheveled Lt. Columbo, but he was one of the few actors who was lucky and talented enough to move through his famous television series, which he would eternally be identified with, while portraying several other characters on both the big and small screen. Undoubtedly Columbo would become Falk’s trademark, but it was his portrayal as Geoffrey Griffin in Griffin and Phoenix which had the greatest impact for me. 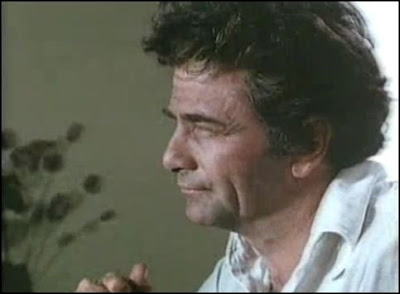 I remember watching Griffin and Phoenix with my father when I was about 10 years old. It was playing on the Afternoon Movie on our local channel (good old KVVU, which is now a Fox affiliate). Although I was too young to really understand what was happening, the ending was moving enough that I carried the image of it with me through my life. I didn’t see it again until 2005, and I watched it three times in one week. In fact, I can remember the last time I saw it because it was February 14th. Despite a maudlin premise, I thought it would be a great Valentine’s Day film choice because it is a simply exquisite and romantic experience. 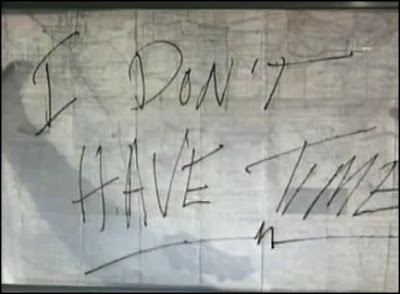 Peter Falk is Griffin, and he’s just been given a very short time to live. After a misguided attempt to reconnect with his ex-wife and kids, he heads to LA to spend his last days as quietly as possible. Sara Phoenix is 34 going on spinster, and she aimlessly travels from place to place after each failed romance. She is diagnosed with a terminal form of cancer, and she also finds herself heading to LA to… well, I don’t think she knows exactly what she’s doing just yet. She ends up meeting Griffin at the community college in a death and dying class. Phoenix is hesitant to get involved with Griffin although it’s obvious they are attracted to each other. After some pursuit, she finally gives in, but both have decided to keep their disease a secret. 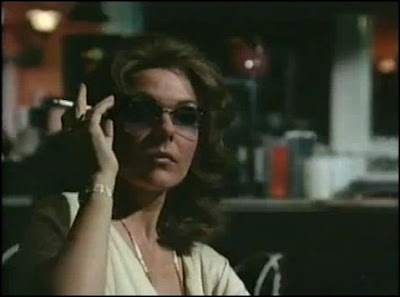 Griffin and Phoenix is a romantic comedy which sounds like it has no romance or comedy in it at all, and that’s the magic of this film, which takes on death and makes it seem a little less scary (at least for a while). Aside from Clayburgh and Falk’s exceptional performances, credit should also be given to producers Tony Thomas and Paul Junger Witt who not only worked on several other made for TV movies together (including the famous tearjerker Brian’s Song), but also collaborated on SOAP which always managed to move the audience from hysterical laughter to tears. I’m not saying Griffin and Phoenix is exactly hysterical, but there are plenty of laugh out loud moments sandwiched inside the sad story. This was screenwriter John Hill’s first film, and despite being an uncredited writer on Close Encounters of the Third Kind, his career has fluctuated to varying and odd degrees. Hill also wrote Heatbeeps (!) and Steel Justice, along with a few scripts for television series like Quantum Leap and Diagnosis Murder. His story really comes from the heart, touching on some incredibly poignant and realistic moments. 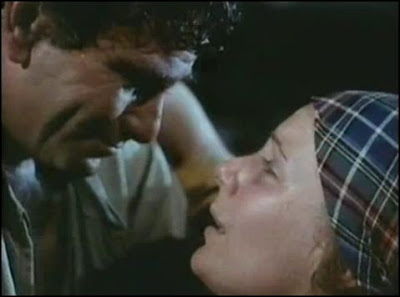 Peter Falk is simply stunning as Griffin. The fact that he didn’t instantly become a romantic lead after this film shows that even in the edgier 70s, Hollywood was still hesitant to hire unlikely but capable actors in the romance genre. He doesn’t miss a beat as the sensitive and perceptive love interest, and dare I say it? He’s damn sexy in the part too. Falk’s Griffin is haunted by his future, but he’s also led by a passion to make his last days worthwhile to himself. He looks for the little, and often childish, joys in life, such as flying a kite or jumping a train, and he teaches Phoenix to revel in those minor details of happiness instead of wallowing in her own ill fated destiny. Clayburgh is wonderful in the part of Phoenix. Her small screen work often gets overshadowed by her immense theatrical achievements, but she was nominated for an Emmy for her appearance in the excellent tele-film Hustling, and probably should have been nominated here as well. I can only imagine how the original audience perceived Falk in this film, who had already been playing Columbo for five years when it premiered. Griffin and Phoenix was successful enough that it enjoyed a theatrical run overseas under the title is Today is Forever (with a little nudity added to the proceedings!), but mostly it seems this film has been forgotten about. Some attention was brought to it when the story was remade in 2006 with Amanda Peet and Dermot Mulroney. I have no problem with either of those actors, but Griffin and Phoenix is such a holy grail to me, that I was insulted by the fact that someone would remake this movie (without giving much of a nod to the 1976 version) yet the original film remains in limbo, waiting for some kind of DVD release. 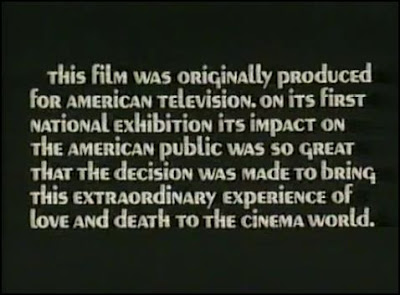 Griffin and Phoenix is a film I think about often although I find it very hard to watch now. I’m not sure what made me pull out my old VHS copy in early 2005, and although I found the film to be extremely moving, I can’t pinpoint exactly what compelled me to watch it three times in one week. But just a few months after that peaceful Valentine’s Day my world was turned upside down when both of my parents passed away from cancer about three months apart. I instantly connected with Griffin and Phoenix on a level that I had never expected to, and both Clayburgh and Falk became symbols of my parents, who were also able to finally get in touch with their carefree side when they met. The fact that both actors died fairly close together has only deepened my emotion for this film. Griffin and Phoenix is a truly beautiful movie that deserves a much larger audience.

One of my favorite scenes from Griffin and Phoenix:

I think I recall TV ads for this way back when. It looks like a great one, Amanda, judging by the clip I watched!

Wow, it's like Clayburgh always played tragic characters. Though I know that's not the case, it sure felt like it, back when she was a hot commodity.

Depending on what film company made it, there is always the chance Griffin and Phoenix will get one of those "archival DVDr" releases. Otherwise, you may want to get your tape transferred to DVD.

For what it's worth, my condolences on the passing of your parents back in 2005.

I BEG you to upload the film. I can't even find an old VHS copy - and sorry, but the new version SUCKED. The ending in the original was WAY better than the new one. If you're going to remake it, don't change it!!!!

Hey RAM, the movie was produced by ABC Circle Films and I'm not sure it's likely to ever come out, which makes me very sad. But I will keep hope alive!

I'll be honest, I know Clayburgh mostly for her TV work. I need to see some of the more famous stuff. She was amazing.

Thanks so much for reading and commenting, and the condolences are greatly appreciated.

Barbara, uploading to YouTube is beyond me. There are vhs copies available, although quite expensive. Still, worth the price if you really love the movie. Thanks for stopping by.

Peter Falk was a stunning actor
really was.
i grew up watchign Columbo
but my word Peter films

The in laws, Mikey & Nicky
Husbands,Awoman under the influence,
Cookie ...All the Marbles..

Peter made weekend tv with Columbo!
really did/.Peter was a natural born actor..
really was ,he is so loved and missed

Hi Lori, thanks for stopping by and commenting. I agree, a natural born actor that is still so missed. Not a day goes by that I don't think about him...

thanks for the message ,
i spent a yr getting those images of Peter removed as it was so sad to see ..he should of been left alone,....Peter deserve more Oscar and Emmys than he got !
i just seen Cookie and The in laws
i cheer when Peter comes on the tv screen!
he is so attractive ....
see Dick Cavvvet show on internet from 1970 Peter Falk on there
cooor so attractive ...
keep this website up ..
you done a good job
hugs
Lori

Thank you for the kind words and I agree, Falk should have definitely won more awards!!! If anyone deserved them, it's him.

it makes me so sad,but it remindes me of my childhood

I, too, have a deep love for Peter Falk. I can't get enough! I spend my days in retirement watching all the videos with him in it that I can find. What beautiful daydreams I have of me and him! My only regret is, that's all they can ever be! I saw Griffin and Phoenix on YouTube, of all places, and was stunned at its beauty. Like you, I cannot understand why he didn't become an instant romantic lead. He certainly had the looks. I could go on and on for hours, but let me just say that your article here is a loving tribute to Peter Falk that I will probably come back to and read again and again!

Hi stampschick! Always nice to meet anyone who wishes Falk would have made more romance movies! And thank you for your nice comments!

Amanda; the first part of your post sums up my experience nicely. Watched this when I was just 8 or 9; loved the movie and then was completely blown away by the end scene. Have thought of this film over the years and could never track down a copy worth buying. Recently I started steaming YouTube videos to my TV; mostly motorcycle races, funny and cute dog videos; and recently stumbled across Griffin & Phoenix and watched it every night for a week. The video and audio quality is very bad; but who cares?!!!! Loved it all over again; and was blown away by the end scene yet again. Peter Falk rules, always has, always will! Be good.