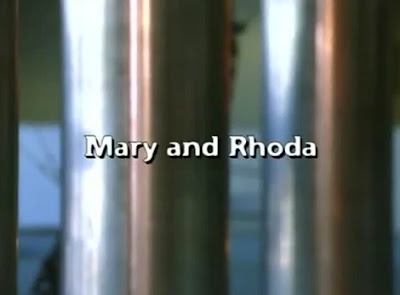 I’m just going to put it out there for everyone… I liked the Mary and Rhoda reunion movie. Did I love it? No, but I did enjoy it quite a bit. I’m sure some of it comes from the fact that Mary and Rhoda are simply creatures of comfort. For as long as I can remember I’ve loved Rhoda. I actually didn’t get into the Mary Tyler Moore Show until later, but I remember being a big fan of Rhoda when her show first went into syndication in the 70s. I loved her apartment, I loved her sister, and boy, did I love Joe (David Groh). OK, I didn’t love him right off the bat, I liked him, and was sad when their marriage didn’t work out. Then I was terrified by him when he played D.L. Brock on General Hospital. Then I fell in love with him as an adult when I had a chance to watch Smash-Up on Interstate 5. It took 30 years for me to realize how incredibly gorgeous he was, but once I did I never looked back! As an aside, I saw David Groh about a year or so before he passed away eating lunch at the restaurant next to my work. He was in a heated conversation with his friend and after I got about 10 feet away from him, both my friend I looked at each other very excitedly and squealed “That was David Groh!!!” which was kind of awesome since my friend is a guy and doesn’t really squeal. But that’s the effect David had on us. Wait, that wasn’t just an aside, that whole opening was an aside… Back to work… 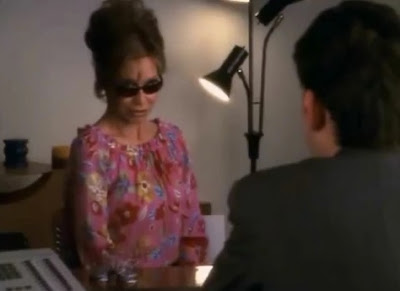 Mary and Rhoda was intended to be a television series, but because the pilot was not well received by the ol’ ABC execs the show was eventually turned into a TV reunion movie. Moore, who served as executive producer stated during filming that she saw Mary and Rhoda as the first of a series of movies where she could bring back people like Lou Grant. Moore said in an interview, “My feeling at the time was, since we had so many new people to introduce, we should stick with our new family.” Moore also revealed that working as a producer on this project was stressful and that she longed for her old buddies on the set. "It would have made me feel a lot comfier,” she said in the same interview, “to have some of those pals around, but that’s something for future projects, maybe.” That maybe was of course never to be, because despite the fact that it was an enormous success in terms of the numbers of viewers (somewhere around 18 million!), it was considered tepid at best by the critics (and many of the fans). I would imagine the biggest complaints were that the humor was a lot more sentimental and sweet and less laugh out loud, and omitting the old Minneapolis crew was a let down. 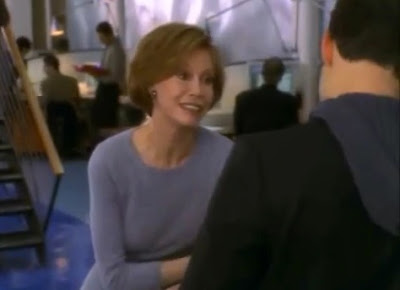 Mary and Rhoda picks up about two decades later as both the of the women find themselves in New York City. Mary’s senator husband has just died in a rock climbing accident (!) and Rhoda is divorced from some French guy that she apparently really hates! They both have daughters that are the same age, and each one has been named in tribute of mother’s BFF. Rhoda’s daughter is named Meredith (Marisa Ryan) and Mary’s daughter is named Rose (Bethany Joy Lenz) after, you guessed it, Rhoda! Although the movie doesn’t really delve into the daughter’s characters, it looks like they could have been switched at birth. Meredith is pragmatic and smart and Rose uses every situation to make a joke. In fact, she wants to leave school to become a comedian. Too bad she’s not so good at it. Hey, we can’t all be Rhoda. But the crux of the movie, and a reason I really enjoyed it, was that it made a strong statement about women and ageism in the workplace. Both Mary and Rhoda want to get back to their old career women lives, but neither is taken seriously. There’s a humorous interview montage where Mary begins lying about her age and it ends with her asking, “How old do you think I look?” as she peeks out behind dark sunglasses. In the end, Mary is only hired for a news show because the boss is worried that he’s going to be sued by another disgruntled employee for age discrimination. Mary sets out to prove herself to the station with a rather schmaltzy news story involving white gangs! I kid you not. It’s silly, it’s heavy-handed, it’s overly sentimental and it’s probably the weakest part of the movie (definitely expect to groan a little), but it works in the story, since Mary is still portrayed as the girl who likes to let her heart get in the way of sensationalism. 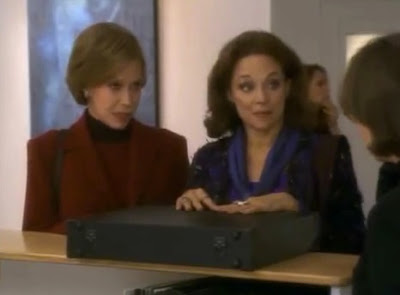 Rhoda’s story isn’t as strong, but it’s more fun, as she ends up being an assistant to a fashion photographer. Of course, humor always gets her on people’s good side, and this time is no different. Honestly, I’m a Rhoda-phile, so I would have preferred more Rhoda, but overall I thought the film was sweet. Does it compare to either Mary or Rhoda’s phenomenal shows? No, it doesn’t even come close, but it’s so innocuous, I can’t really complain much. I just loved seeing these two lovely ladies reunited. While I won’t recommend the movie, I will say if you are a TV movie softie like me, you will probably enjoy it. 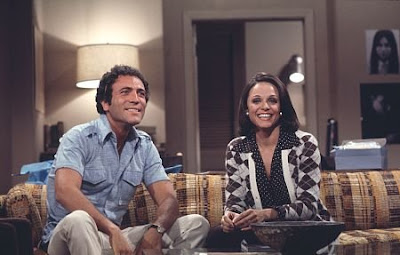 Just had to throw in one pic of Joe! Rawr!
Posted by Amanda By Night at 4:06 PM

Email ThisBlogThis!Share to TwitterShare to FacebookShare to Pinterest
Labels: bring the funny, comedy, made for tv, melodramatic, reunion, solidarity

I'm glad you wrote this!! I really love that you pointed out some of the good/interesting points and still didn't totally love it. And I love that there is a little something out there for everyone.

I'll probably watch it again just to check out what you're referring to - cause I swear to god I've attempted to watch it twice now and don't have the vaguest idea of the story lines you're talking about.

I have always been insanely in love with everything about the Rhoda show. I do love watching MTM cause it's really funny - plus Rhoda's in it! - but Rhoda will always be my fav show. Like you mentioned - it's her apt, her sister, Joe's great - but also I love her clothes, I think she is incredibly gorgeous and I love love love her sense of humor about food and men. I could watch the scenes between her and Brenda where they make jokes about Sara Lee cheesecakes and ice cream a million times and still laugh out loud! And all the singles bar scenes when she starts dating again. Man, I could go on all day.

Thanks for this great comment. I should have mentioned that Rhoda is gorgeous. I think Valerie Harper is the quintessential 70s woman (well, neck in neck with Phyllis - she had a crazy awesome wardrobe!). I was actually thinking of going as Rhoda for Halloween. I just want to wear a headscarf I think! :)

MTM is indeed hysterical, but I think Rhoda is just so relatable. I always gravitate towards her. And you know, that Joe thing...

OMG! Rhoda for halloween would be soooo great! I can't believe I never thought of that!

When Joe married Rhoda that was the beginning of the end for the series. The two never had a real chemistry i this show plus the writers of this show weren't talented enough to write about married couples.