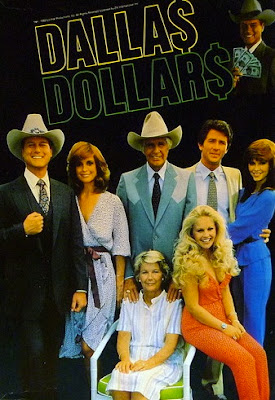 Dallas was more than just a television phenomena, it was also a merchandising goldmine. Everything from Who Shot J.R. (or the alternative, I Shot J.R.) tee shirts to jigsaw puzzles found their way into many a home during the run of the series. I’ve managed to acquire a little of this awesomeness myself, so I thought it would be fun to look at Dallas-mania as told through Spencer’s Gifts! 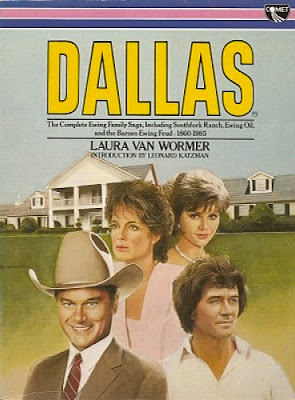 I recently received a copy of the aptly titled book Dallas: The Official Biography of the Ewings by Laura Van Wormer What makes this book so interesting to me is that it takes a look at the characters as though they were real. I know there have been several novelizations, but this is just a fictional biography of the most dysfunctional southern family of all time (and that’s saying something!). My friend David Felter got me a copy of this for Christmas and indeed, receiving this gift was one of my more religious experiences. It’s a large paperback with tons of photos, and it takes you up to 1985, just missing the dream season by two years. Certainly that would have made the bio rather interesting! As it stands, it’s a fun page-turner and highly recommended for Dallas crazies! 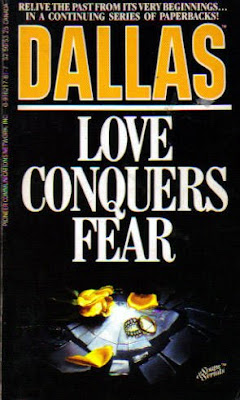 As I mentioned, there were several novelizations released as well… A dozen came from a division of the Pioneers Communications Networks called Soaps and Serials, Inc. In an interview with the owner of Pioneer, Sid Seltzer explained that the books ran together in themes. The subplot or sub-theme of the previous book would carry over into the next one, and they used actual scripts for their stories. Soaps and Serials released many books, including a novelization of One Life to Live, which I found for $1 at a used bookstore last year! Yes, I’m bragging. Anyway, I also have one Dallas novelization titled Ardent Memories. I paid a little more for that one, but they are offered at reasonable prices on Amazon. Here is the list, in order:

The series starts with Season 2 and runs through that season alone. According to Ultimate Dallas (that site is must for Dallas fans, btw), Dell Publishing also released a book by Lee Raintree. One cover featured the cast and the other version did not. I need the cast version, like today! 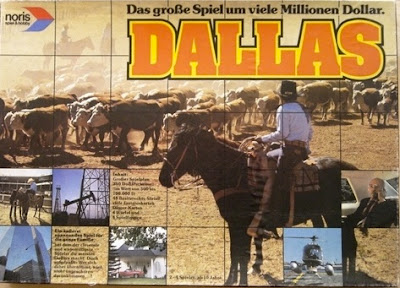 And then there were the board games. I will just link to this site so you can see what there is. I have two of these games, but I’m not quite sure which ones… I need to unpack, no? My good friend Joanna from Christmas TV History gave me one of the two board games I own… Some people know me so well!

And let’s not forget the awesomeness of the Dallas Trading Cards. Released in 1981 by Donruss, they came seven to a pack (along with bubble gum!). As far as I know, I have the entire series (and thank you John from Kindertrauma for supplying me with a few of them!). 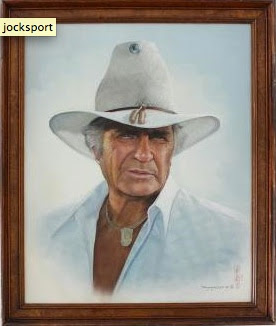 But perhaps of the most awesomest of things one could own in the world of Dallas memorabilia, I cannot think of anything cooler than the portrait of Jock Ewing, which hung proudly at Ewing Oil for so many years. The painting, which was owned by Larry Hagman, was recently auctioned for $39,680! It had only been expected to wrangle around $3,000, which just goes to show you how passionate we Dallas fanatics are!

The new series begins on Wednesday, June 13th at 9 PM EST. Come and catch the fever!
Posted by Amanda By Night at 9:59 PM

YAYY! I love how friends love to buy you cool stuff. I'm in good company. Glad you like the board game.

I have one of the Soaps and Serials books, the first one they released for General Hospital. I loved reading that glimpse into the show's past. Would love to get the other, since I think they only made two for that show.

As for memorabilia, I don't have any Dallas stuff, but I did get my wife the Laverne & Shirley board game and I recently bought an intact Murder, She Wrote board game.

Okay, sorry to get off topic! I am excited for the new show tomorrow! Here's to many more years with the Ewing clan!