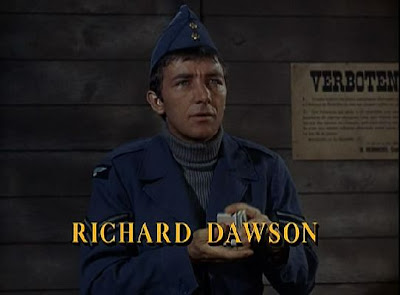 I was deeply saddened today when I read that Richard Dawson passed away at the age of 79. As a staple of my childhood I always had a crush on the tan and suave Richard who first won my heart on Hogan Heroes and then again as the host of Family Feud. I actually didn’t watch Match Game until a little later in my life, where I instantly re-fell in love with him because he had such a down-to-earth persona and he was also incredibly funny.

Richard was born in Gosport, Hampshire, England on November 12th, 1932. His birth name was Colin Lionel Emm and he was young merchant marine and boxer. He would go on to marry Diana Dors (i.e. England’s Marilyn Monroe) in 1959 after he’d become a well-known comedian in England. They were married for seven years and had two children. By this time, Richard had changed his name to Dickie Dawson and he was well on his way to international stardom. 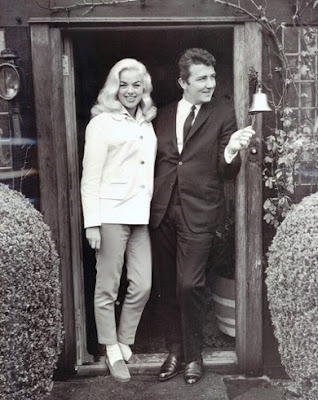 In 1965 Richard landed the part of Cpl. Peter Newkirk on Hogan’s Heroes, which starred the handsome Bob Crane and took place in a WWII prison camp. The show was so oddball, hilarious and well cast that it seemed completely inoffensive despite the setting and premise. I remember when rewatching the series just a couple of years ago how this setup would never fly now, but at the time it was really just silly fun. Dawson used a great cockney accent and I remember my little heart going pitter patter whenever he was on the screen (or Bob for that matter -- I had many crushes during my impressionable youth).

He would then become one of the original panelists of 70s version of Match Game, which is arguably one of the greatest game shows in TV history. The game itself seemed almost secondary because the panelists were the true draw to the show. For daytime television it could be quite racy, and host Gene Rayburn proved to be one of the best circus wranglers of all time. Dawson was the panelist who was most often chosen by the contestants during the big money rounds because he always made a truly honest effort to help them bring home some big bucks. I remember Charles Nelson Reilly said in an interview that he would often tell the contestant to pick him or Richard because they would be their best bet for winning money. Eventually, Match Game introduced The Star Wheel, which the contestant had to spin for a panelist’s name during those rounds. I think they actually did that because Richard was chosen so often. Of course, I have no proof of that, but I like to follow my heart. 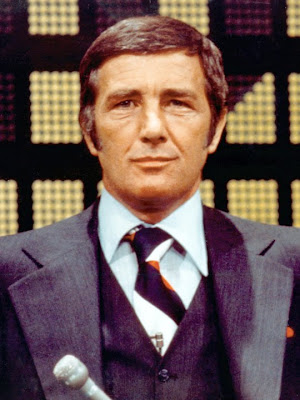 Richard was such a natural at making people feel calm and comfortable that it seemed inevitable that he would be given his own game show. On July 12th, 1976, Family Feud debuted and quickly rose to the #1 spot in the daytime ratings. It won an Emmy in 1977 for Outstanding Television Game Show. The show was not just a success in Dawson’s already impressive career, but he also met his second wife, Gretchen Johnson who was a contestant with her family in 1981. They had one child and were still married at the time of his death.

Richard’s trademark on Family Feud was kissing all of the female contestants and he was soon dubbed The Kissing Bandit. He told the Archive of American Television that he kissed one of the first nervous contestants because that’s what his mom would do whenever he had a problem. She went on to help her family win the jackpot. He also collected a ridiculous amount of paraphernalia from the contestants who plied him with tee shirts, food and whatever trinkets they thought he might enjoy. I always wondered if Richard kept all of that stuff and if he had some sort of a Family Feud Contestant Museum. I hope he did, cuz I want to go. 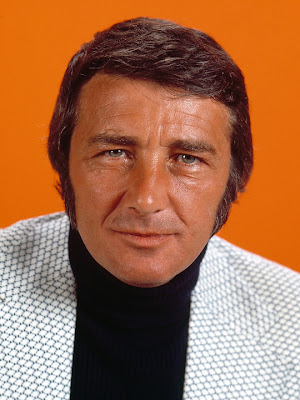 Not all was smooth sailing though, as Dawson also appeared on the ill-fated unsold pilot for a confused Chuck Barris game show called Cop Out. Richard was only a guest, the host was Geoff Edwards (I love that guy! Anyone else remember Treasure Hunt?), but it was an awkward 30 minutes that did feature a bit of laughter through some of the confusion. Richard appeared with Ann Elder, James Farentino, Michele Lee, Lois Nettelton, Larry Hovis, Della Reese and Richard’s good friend Bill Bixby (yet another childhood crush of mine). Some beautiful soul uploaded the whole episode on to YouTube and you can watch it below.

Richard was just so damn affable and he was also downright sexy. During that same interview with the Archive of American Television Richard said, “If we only were a little nicer to each other, I just think it would make the world a better place.” If we take any advice from the Kissing Bandit, it should be this. My deepest condolences to his family and friends and to his fellow fans, I share in your sadness. Richard was a one of kind personality and will be missed.

The Unaired Pilot to Cop Out

Great tribute! I grew up watching him on Family Feud, and I heard on the news tonight that he married one of the contestants from that show, and he gave up kissing once he had a child who told him, "I don't want you kissing anyone else but mommmy." As innocent as it was, I'm not sure he'd get away with kissing the contestants today--someone would surely accuse him of "sexual harassment"--but it was a different time.

Lovely retrospective on a TV icon.

Hi everyone, thanks for stopping by and reading and commenting.

Pam, I knew he married a contestant, but didn't know that he'd stopped kissing the ladies or why he'd stop. Thanks for the info!