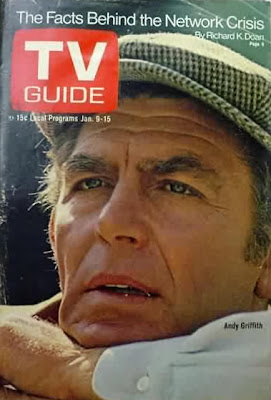 Some personalities are such a staple in your life that you take them for granted, knowing they are just a remote control click or DVD away from you. I felt that way about Andy Griffith who died today at the age of 86. He was there for me, day and night, all I had to do was turn on the TV and it seemed The Andy Griffith Show or Matlock was somewhere on the tube, filtering its way to my happiness. Andy will be remembered most for those series, and it’s that kind of programming that I miss in modern television. Laid back and light-hearted, his shows were simply great entertainment.

That was on his television series though. While I would argue that Andy Taylor and Ben Matlock are awesome in their own ways, it was his TV movies where he was nothing short of a badass. I tend to reflect on the actresses of the 70s who made television films that offered a departure from their nice girl personas, but I haven’t really given credit to the guys who used the TV movie format to flex some actor muscle.

Griffith did it with effen aplomb.

I know he really revealed his dark side to us quite early in A Face in the Crowd, but these little TVMs allowed him another arena to showcase his immense talent. He could be mean and nasty, or pathetic or he could infuse a little Mayberry charm into his roles. He was a chameleon in his films, and he never ever let me down. When I read he passed away today, my heart lurched into my throat and I flashed on those many hours of entertainment he’s given me. I wanted to reflect on his work in the 70s tele-film and the following is a selected list those films: 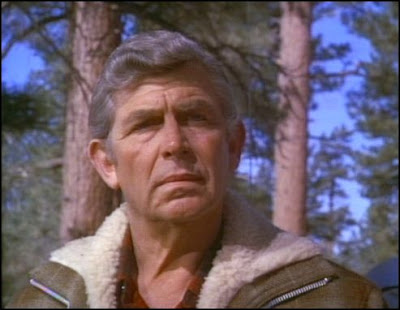 The Strangers in 7A (CBS, 11/14/1972): Griffith plays a down on his luck building super (married to the bitchy Ida Lupino!) who is unwillingly wrangled into helping thieves pull off a bank heist. It’s a little by the numbers, but it also features a couple of interesting set pieces, and of course some knock out performances, Griffith included. There is a bizarre and fascinating seduction scene featuring the schlumpy Griffith falling for a young woman’s false charms. This scene is so vibrantly 70s (immensely helped by Morton Steven’s excellent score), I remember it clearly, even though I haven’t seen the movie for at least 5 years.

Go Ask Alice (ABC, 1/24/1973): Based on the popular novel by Beatrice Sparks (written under the guise of a real teenager’s diary), Griffith shows up as the hip preacher looking to help Alice come out of her rabbit hole. Alice also features William Shatner, who would team up again with Griffith in Pray for the Wildcats, and despite the fact that LSD is not an addictive drug, the pill popping and frank sexuality sent this movie straight over to the cult classic section of our hearts. The Miami News’ one word summation of the film: Bold.


Winter Kill (ABC, 1/151974): Griffith is wonderful in this surprisingly brutal thriller. Click on the title for my review.

Savages (ABC, 9/11/1974): Griffith plays a tough as nails attorney on a desert trek who designs his own version of The Most Dangerous Game as he hunts down his guide (played by Sam Bottoms). The film was shot in the Mojave Desert and Griffith quipped during an on-location interview that “The heat’s bad enough, but eating lunch with the wind blowing sand in your teeth is something I can do without.” What resulted from those sun stroked days was a fantastic man-against-man thriller and Griffith put in a dark and terrifying performance as the bloodthirsty hunter.


Street Killing (ABC, 9/12/1976): Like Winter Kill, Killing was an attempt to get Griffith into another television series. He was cast against type as a the chief-prosecutor in the NYC District Attorney’s office. Judith Crist reviewed this rare pilot movie for TV Guide. She wrote, “Griffith seems as alien to it as scriptwriter Bill Driskell… Griffith, gangling and drawling is just plain dull.” Wow, Judith. Was Griffith ever dull? I think not. This movie also starred Bradford Dillman, Robert Loggia and Harry Guardino as the bad guys.

The Girl in the Empty Grave (NBC 9/20/1977): Also like Winter Kill, Girl was another pilot movie (and was also shot in the same location of Big Bear).  Griffith plays Abel Marsh, the likable, whip smart sheriff who keeps his suspects' guard down with his affable manner. The mystery surrounds a young woman who returns to Marsh’s sleepy town. She is supposed to be dead, so the question remains, just who is in that grave? Thoroughly light and wonderfully entertaining fare with Griffith making a little bit of a return to Mayberry, if the town had more of an edge.


Deadly Game (NBC 12/3/1977): Griffith’s second to last attempt in the 70s to get a new series going, Game was written and directed by Lane Smith who also wrote Grave and another small town sheriff TV thriller, the eccentric and wonderful Isn't it Shocking? in 1973. Griffith reprises Abel Marsh from Girl and seeks out answers to an “accidental” chemical spill. Also shot in Big Bear, Griffith’s Marsh remains the good-natured Jasper Lake sheriff, but the storyline fell flat with critics and fans.

Salvage (ABC, 1/20/1974): Salvage was actually a pilot that led to a series for Andy, although it tends to be forgotten. This TVM featured Griffith as a millionaire who builds a rocket ship out of junk! And he’s able to get it to the moon where he and his cohorts salvage junk! He’s a 21st century Fred Sanford! While critics were a little slack-jawed and surprised it was made into a series, Griffith replied “What makes it work is what makes so many things not work: You have that freak thing, the magic combination of minds and attitudes and a lot of luck.” 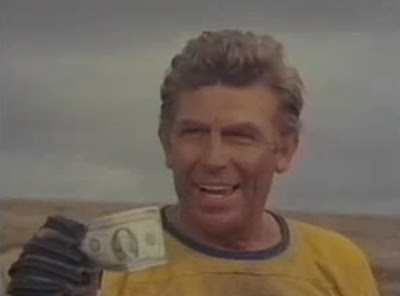 While doing promotion for The Girl in the Empty Grave a reporter jokingly asked Griffith if was actually interested in doing another series, to which the southern charmer replied, “[A]ll actors, when they’re working real hard, don’t want to work. But when they’re not working, they want to work. We’all that way.” Of course, time would tell and Griffith would land another hugely successful series when he took the part of Matlock, and the show ran from 1986 – 1995. Ben Matlock was a quirky, crabby lawyer in a slightly crumpled gray suit and he wooed an audience interested in all-star mysteries  along the lines of Murder, She Wrote and then Diagnosis Murder (i.e. me). Frankly, those shows were wonderful. It’s amazing how light-hearted shows about murder can be, but the friendly faces and magnificent performers kept us glued to our seats.

Griffith possessed a very specific charisma that was captivating even when he dove into the dark villainous roles. While television if often said to currently be in the midst of a golden age thanks to the new made for cable series boon, it would be a disservice to discount shows like Matlock, and especially The Andy Griffith Show, which made us all feel welcome into the small, quiet lives of Sheriff Andy Taylor and the folks of Mayberry. However, it’s most likely it’s his television movie work that will fall by the wayside, and that would truly be a shame because much of it is nothing short of splendid, just like the man himself.

Rest in Peace Andy, you are already missed.

I haven't seen any of those TV movies, but I was an Andy Griffith fan. He will definitely be missed, by millions.

That was one seriously rocking tribute to the man. I've never heard of any of these TV films, which is a shame, since it proves that Andy refused to be pigeon-holed into the nice guy role. I'm particularly interested in "Salvage" since it makes Andy sound like an American Picker on the moon! RIP Andy Griffith; you'll be missed.

P.S. Forgot to mention that I just had to click on the "Matlock" theme since it's been years since I've heard that one.

RIP Andy Griffith. When I was recovering from an illness several years ago, I used to love watching Matlock on afternoon TV.

I also remember seeing him act with John Ritter (who left us way too soon) in a 1995 tv movie called "Gramps". Here's a clip on YouTube:

Thanks for all the comments guys!

Pam, I agree, he really worked against being typecast, and he was SO good in those roles. Truly talented.

And yeah, I love the Matlock theme.

I haven't seen Gramps yet, but remember when it came out. It caused a bit of a buzz... It's one I have to see!