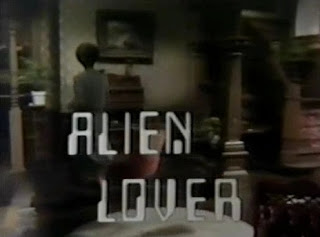 Confession: I take my TV movies very seriously, sometimes too seriously. Many years ago I watched Danielle Steel’s Daddy, which featured Kate Mulgrew as Patrick Duffy’s ice princess wife. Her character is supposed to just abandon Duffy so the audience can see how he struggles to raise his family and find a new love, but Mulgrew really hit that one out of the park because from that moment on I hated her. I dislike her enough that I cheer whenever she is uncovered as the killer on Murder, She Wrote, because it only reassures the idea I have of her as a heartless bitch. Well, fast-forward to today and I have to say now I think I adore Kate Mulgrew. I know I’m certainly mad about Alien Lover and her performance in this offbeat film. So I guess I have to tear up my hater card and move on. Life is funny sometimes. 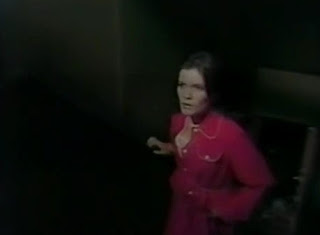 Mulgrew is Susan, a pretty but somewhat disturbed teenager who understandably went a little bonkers after her parent’s death. She’s just been released from the sanatorium and her Aunt Marian (Susan Brown) takes her in. However, it looks like Marian’s husband, Mike (Pernell Roberts) is less interested in his niece’s mental health and more concerned with her hefty inheritance. Their son Jude (Steven Earl Tanner) is a boy genius who has gained early entry into college. He’s coming home to greet Susan and he brings along his hottie roommate Richard (Harry Moses) who develops a crush on her. Jude has converted his attic into a makeshift lab where he works on all kinds of electronics. Susan uncovers Jude’s homemade TV and also finds a little man living inside of it. He's handsome, likes poetry and he tells Susan she is beautiful as he attempts to satiate her deep-seated loneliness, but everyone else outside of the television set thinks Susan is one tube short of full frequency.

Taking its cue from Twilight Zone, Alien Lover is pretty weird stuff. Most of the film follows Susan and her possible dissent into madness. The first half of the film proficiently casts suspicion on Susan’s potential lunacy, tossing the viewer’s sympathies back and forth. The second half makes it all even weirder, although we are pretty sure we know what’s going on. While the ending might not be a total surprise, those last few frames are a doozy! The small stage-like sets create a palpable sense of claustrophobia, as Susan's mind closes in on her, and the shot on video quality makes the whole event even more surreal, in that way only the 1970s could handle. 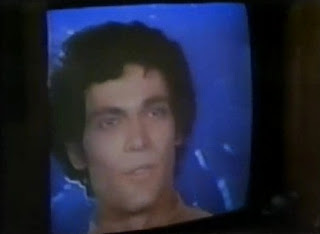 Alien Lover makes an interesting comment on the phenomenon of finding solace on the small screen. Susan has a hunky love interest, but she constantly turns to the man in the TV because he claims to understand the lack of wholeness within her. He recites poetry with her and plies her with compliments, creating the fantasy of the perfect man, while making himself seem unthreatening because the television screen holds him back from initiating physical contact. The natural awkwardness and fear of going into a first romantic relationship after the loss of a great love is captured rather nicely, while still delivering a sweet late night creepfest that can be enjoyed without all the critical theory!

The only other credit Mulgrew had when she did Alien Lover was as Mary Ryan, on Ryan’s Hope, a part she played for about 14 years! But probably the most interesting soap casting was that of Susan Brown and David Lewis, who would both become stars on General Hospital. I’ve said this before, but I think soap actors were such a good choice for the more surreal of television movies because they could manipulate melodrama into something tangible and interesting. Also, they could work on the shortest of time schedules, which only benefited the lower budgeted productions of late night TV. And again, as I’ve said before, I’m a pretty big Pernell Roberts fan, but his part here is only to serve as a voice against Susan. He’s given little depth, although he does make the selfish bad guy role into a truly unlikable character without a lot to work with. 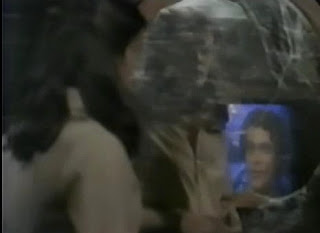 ABC’s Wide World: Mystery is, well, a mystery to me. It featured many original films and some reused episodes of the classic British series Thriller and, for the most part, has lingered as a small historical footnote as far as documentation goes. Non-talk show late night programming had its heyday in the 70s and 80s during the reign of the made for television movie and both ABC and CBS tried their hand at this kind of line up. The CBS Late Movie featured the greatest programming title in the world, Crimetime after Primetime (oh, yeah) and they were both a sort of a hodgepodge of movies and reruns of popular shows. It was a great venue for the tele-film but most likely because it was littered with a lot of previously available material, it faded into obscurity. Since then, ABC Wide World: Mystery remains a distant boob tube memory of some fantastic films. Alien Lover is one of the more well known (and as far as I know, sought after) titles from this program. 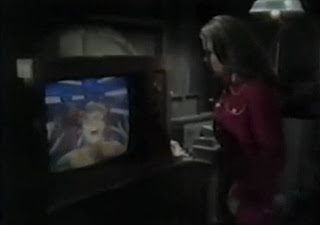 Ack! After reading your last few, more current, reviews, and adding them to my Stream Queue, I just expected this one to be there. I got interested and mentally made marked it on TONGIHT's schedule. Went to click your link and OUCH! Not there.

This is a credit to your reviews and descriptions. NOW I want to see this one!

Keep up the good work and add "frustration" to your "labels."

Thank you so much for the nice words. I'm so glad you enjoy my blog. As for Alien Lover, it's definitely been a frustrating find for me too! Although I try not to promote non-legit ways to watch TVMs (I want them all on DVD!), I think this one is obscure enough that I wanted to share it anyway. Go to Youtube for part 1 here:

And then just follow along! It's a decent looking copy too! Enjoy!

Hi Amanda! I'm catching up on all your latest blog posts. It's been so long since I've been to blogger. Lots of cool and interesting posts. Hey, OOOH I couldn't stand Mulgrew in Daddy! Nobody breaks Duffy's heart and gets away with it! LOL. Don't forget she also played Garnett MGee on Dallas in season 2, a singer who breaks Ray Krebb's heart and goes with J.R to further her career.