Just the other day someone asked me if I watch anything new, and my instant response was a simple "No." I realized about 10 seconds later (because I am always late to the game) that I do watch new TV, and not just that, good TV. I loves me some General Hospital and Dallas, and I'm thrilled to see that each one is enjoying some well deserved success.

Recently, and like many of their characters, soaps have also found a way to come back from the dead. Both All My Children and One Life to Live are gearing up to rise like a phoenix from the ashes. Oh yes, they are returning. They will be seen in an online format. And let's face it, it seems only logical that soaps, which are considered a groundbreaking form of entertainment, would step over into the world of internet streaming. It's great to see the unfairly maligned genre move forward into new and bold territory! While I'm sketchy on all the deets, I hear that these shows are hoping to go into production soon, and should be airing in the spring. 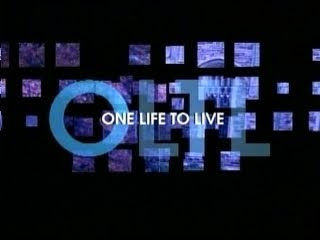 The other day the interwebs were alive with casting news for the shows. You can read about who has signed on (thus far) for the roboots of All My Children and One Life to Live for yourself. And since I'm giving out so much advice, I think you should also sign up to the OnLine Network, which is where it looks like these shows will be streaming.

And, as if that wasn't the greatest, most awesome news ever, Dallas is gearing up for season two, starting January 28th! They are writing in J.R.'s death, and it looks like he's going out with a bang.  Lots of friendly faces are returning to bid a fond adieu to the best bad guy that ever graced a television screen, so expect to keep your hanky nearby. I'm trying to avoid spoilers, so I'll leave it up to you to fish, er, google for any info you think you might want to know about the upcoming season.

If you are like me and don't have cable, the fine folks at iTunes will be selling episodes for your enjoyment!

Just to cover all my bases, here is a link to an article I wrote about why you should be watching General Hospital!

And (finally) for kicks, I joined twitter. If you want to hear my incessant ramblings about TV movies, 80s music, soap operas, cute retro machismo, or other nonsense, please follow me!
Posted by Amanda By Night at 9:20 AM

Yes on all of this! I have been a GH fan since the late 70s, but in 2002 I gave up. They weren't writing for the long time fans anymore, they didn't give a damn about us. But when the new writer/producer team took over - WOW! The GH from the past is back with a vengeance! Loving it.

Dallas has been great, too! Love the dip back into this old world. Amazing fun!

Hoping for the best for the One Life to Live online venture (never watched AMC). Here's to a long future for them all!

By the way, did you know you can watch Dynasty on CBS.com? I just found out and think I may start watching it all over from day one.

It's always delightful to read a post about the soap...I mean, daytime dramas. I was so saddened to see AMC and OLTL get booted for inexpensive studio shows. Their detractors so easily forget that soaps have traditionally tackled controversies long before prime time. Long live GH and Y&R!

Yay! Love to see love for love in the afternoon!

And Joe, I did not know Dynasty was on CBS.com! So glad I know now! Thanks! :)

And yes, Mr. Classic Film, soaps have really done some wonderful things with their limited format. They are wonderful.

I can't wait for OLTL and AMC to return!