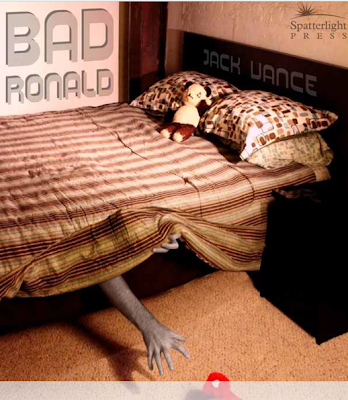 Although I’m sure there are exceptions to every rule, it’s impossible for me to believe that there are fans of 70s TV movies that aren’t head over heels in love with Bad Ronald. The film really set the standard for how insidious claustrophobia can be translated to the small screen. And of course, I’m not gonna lie, Scott Jacoby is adorable. But that's a side note... Bad Ronald is so ingrained in my memory that I can’t imagine it being done any other way, nor could I envision another actor eliciting sympathy for Ronald the way Jacoby did.

As many of you know, Bad Ronald is an adaptation from the book by prolific scribe Jack Vance. Vance was best known for his sci-fi tales, but toiled in many genres. Writing under his real name John Holbrook Vance, the author mostly eschews his more fantastical writing (although it’s also embedded here with Atrana), and writes a far darker tale of isolation, rape and murder than the movie could ever hope to strive for. 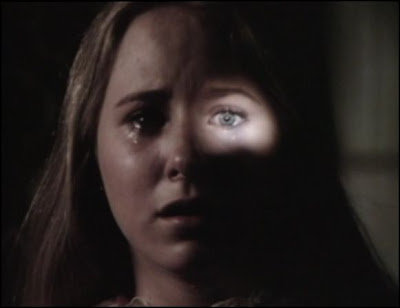 Yeah, you heard me. Rape! And not just one young lady falls prey to Ronald’s misguided attempts to forge a relationship. We are talking serial rapist and killer! And Ronald’s stature, which is described as bulky and slightly overweight did not bring up the willowy (and don't forget dreamy) Jacoby in any way for me. In so many ways Bad Ronald the book is nothing like Bad Ronald the movie. It certainly remains true to the premise, but while Ronald was accidentally bad in the film, he owns his bad in the novel.

While I was reading the book I began to flashback on films like Last House and the Left, and I find Ronald has a much stronger kinship with those dark and dirty 70s grindhouse films than he ever will with his bastard small screen step-brother. That’s not to say the novel isn’t engrossing. It is. In fact, it was disturbing and amazing and it was nearly impossible for me to put the book down. Vance’s blunt prose and claustrophobic setting threatens to strangle the reader at any minute. 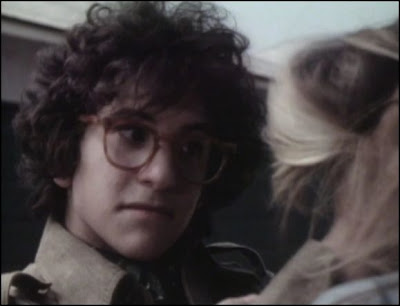 In the novel, Ronald and his mother are sociopaths who have little concern for the victims or justice. Mrs. Wilby only feels embarrassment when she encounters the mother of poor Carol Matthews (i.e. Victim #1), and it is apparent that whatever broke up her marriage was most likely her own fault. Her overprotective parenting and unwillingness to punish Ronald leaves a dark legacy after she passes. After her death, Ronald finds himself further isolated and he enjoys existing as the ghostly shadows of violent memories and unanswered questions. That he could so readily disappear sets up the period well. Vance often refers to hippie culture, and the Woods, who are the family that move in after Mrs. Wilby’s death, take on the conservative voice against the subculture. Although the daughters embody a sort of late 60s/early 70s youthful nature (the middle daughter is a bit of mystic, and even admits that she might have been interested in Ronald under different circumstances), there is a sense that perhaps Vance was making some commentary on the state of broken marriages and lost youth from this era. The Woods are stable, if not well off, and seem happy in their nuclear family-land. Ronald, of course, destroys all of that. 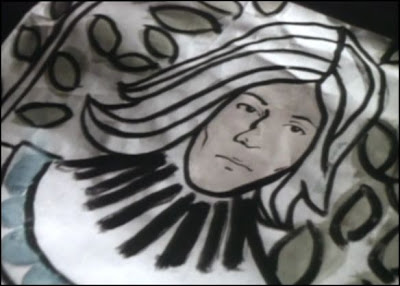 Despite how gripping and suspenseful I found the book I still had a very hard time resisting comparisons to the movie, which is so much a part of my everyday retro loving lexicon! I’m not sure if that’s a good or bad thing, but because I could not separate the two, I was slightly disappointed by Vance’s book. However, that's my fault... I missed my curly headed Ronald that came packaged in the adorable Scott Jacoby body! And I digress again...

Long since out of print, the book goes for anywhere from $80 – 200 on Amazon. It recently became available through Kindle for less than 6 bones, so as you can imagine, I was all over it. I love to read the original source of TV movie adaptations, and I’m surprised that someone thought they could make Bad Ronald TV friendly. But they certainly did, and it lives on in our collective childhood traumas.

The book should be read. If you have an easier time separating the adorable Ronald of the small screen from the sociopath that inhabits the novel, more power to you. I guarantee you that either way, you are in for a suspenseful good time!

You can read my review of Bad Ronald the movie by clicking here. 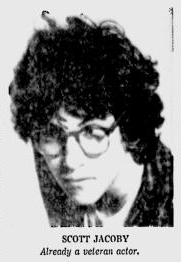 wow - great review! i had no idea this was based on a novel. i didn't see Bad Ronald till i was a teenager - and i thought it was a cool movie although some of it struck me as a little silly, unfortunately. it's really amazing the difference a few years can make! i'd love the check out the book though!

Definitely check out the book. It's great... and you can practically read it in one sitting. Definitely worth getting an ereader (which is exactly what I did!).