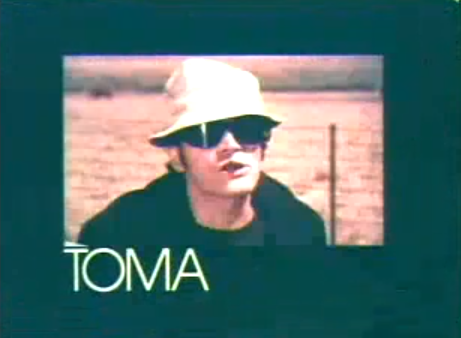 I shouldn’t be too ashamed to admit that I’ve never seen Toma. According to Wikipedia, the short-lived series never ran in syndication. For years, I’ve heard of the infamous show but had no idea it was based on a Newark, NJ cop named David Toma. The real life Toma was some kind of badass! The veteran cop gained fame because he often wore disguises so he could infiltrate various criminal rings and, after thousands of arrests, he enjoyed a 98% conviction rate. Toma and his outlandish cop-style became so famous that ABC decided to create a series based on his larger than life persona, and the ruggedly handsome Tony Musante was cast as the reel-life police officer. 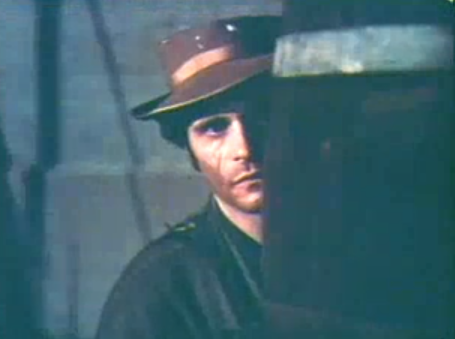 Mr. Toma was proud of the 90 minute pilot movie. He said in an interview, “It’s not the story of a cop. It’s the story of a human being who happens to be a cop. It shows why I’m different.” No shrinking violet, Toma added, “You must have an ego to do what I’ve done and you must believe in yourself. Everybody I work with realizes, ‘why fight him, join him.’ I’m news and everybody wants me… I’ve worked hard and I like the flamboyant life.” Although Toma did work briefly as an actor in the 70s, including landing a small part in the Columbo episode Lovely but Lethal, he said he was committed to working as a police officer, and stated, “It’s in my blood.” Toma is now a public speaker helping people with addiction issues. You can read more about him at his website. And yes, I now totally love him.

Despite ABC’s desire to renew Toma for a second season, Musante walked away. It was rumored that he only wanted to do one season so he could continue to pursue other acting endeavors, but in an interview Musante attempted to clear up the rumors regarding his willingness to play America's favorite master-of-disguise-copper. Mustante said, “Before I made the pilot, we all agreed that if the pilot was successful, and ABC picked it up, I would do a full series – a weekly hour show for only one year. If ABC wanted to continue, I would do it as a mini—series. I have a contract that says just that. Maybe they figured I didn’t mean what I said.” Apparently, Musante was offered a nice amount of money to return, but still decided to decline. Musante reasoned, “Doing a series is a seven-days-a-week thing, especially when you’re the leading actor. You’re on the set five days, in the studio watching rushes on Saturday, and holding discussions with the writers on Sundays. I want to work in television, but I also want time to do films and theater.” Indeed, Musante has worked steadily on both television and Broadway. 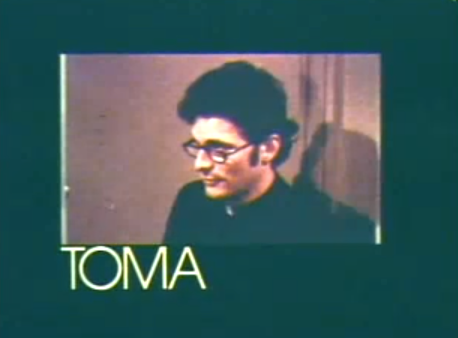 After Musante left, ABC pulled off its greatest undercover assignment by changing Tony Musante into Robert Blake and renaming the series Baretta. The show, which was a midseason replacement, lasted 3 ½ seasons.


Check out the promo for Toma: