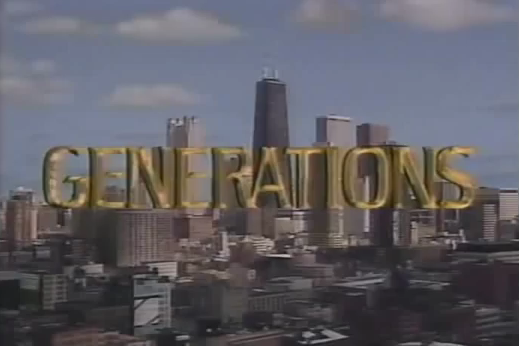 When soap operas were a hot commodity in the 1970s and 80s, many high-profile issues came to the forefront of their storytelling. One of the most compelling stories on One Life to Live involved an African American woman who attempted to pass herself off as white as a way to enter into the higher classes. The casting of black actress Ellen Holly in a central role in daytime was marked as a first, and it prompted two other ABC soaps, General Hospital, and later All My Children to feature black actors in prominent roles. (Note: Holly’s story is not one of triumph though, and you can read about her allegations against the show regarding the mistreatment of her and her character here)

They might not always get direct credit, but soaps have often tackled weighty issues while they pursue love in the afternoon. However, they were still a bit behind when it came to building an entire series around a largely black cast. The NBC sudser Generations, which debuted on NBC on March 27th, 1989, may have been a short-lived attempt to bring more diversity to daytime, but they also left behind a nice legacy. 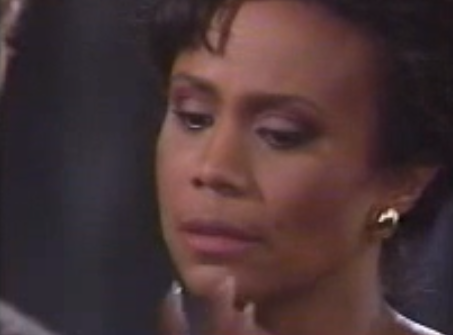 Former Young and the Restless writer Sally Sussman created Generations. Sussman was interested in a stronger depiction of blacks on daytime television and said in an interview, “[W]e're starting from scratch with a core family who happens to be black. That enables us to give them a credibility and importance, a history, that most blacks on daytime don't have.” However, Sussman hoped that her show not only gave black audiences proper representation, but that other audience members also related to stories. In an interview with Soap Opera Weekly, Sussman clarified, ''We're in the business of drama here, not social reformation. I'm not out to change the world. I want to entertain people and captivate them with our characters. What makes people tune in to a soap? Compelling characters, romance and good stories with strong emotional payoffs. Black or white, that's what the daytime audience wants to see - and that's what we're going to give them. In the end, it's all a crapshoot.'' 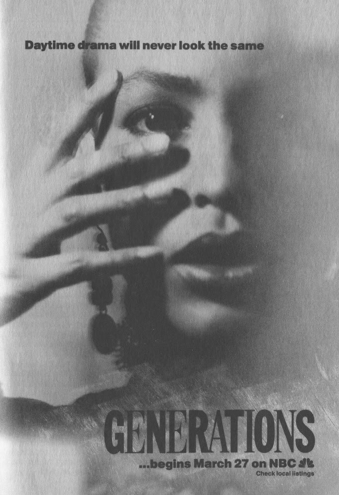 Sussman's hopes for a successful series may come across as modest, but she had lofty ambitions for Generations, and brought in Dr. Troy Duster, a prominent sociologist working as a professor at the University of California at Berkeley, to consult. She also made sure the writers worked in an area separated from the actors. Sussman believed that the separation alleviated pressures and allowed the show to maintain some secrecy with their storylines. 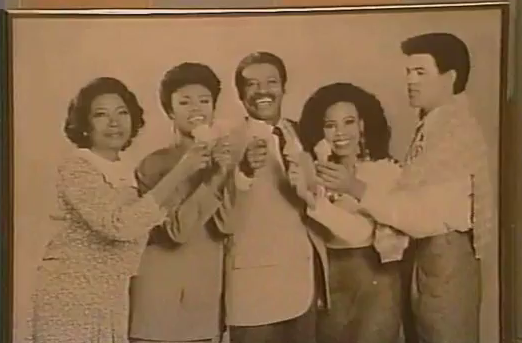 And, Generations did tackle many pertinent issues of the late 80s. The story was centered on two families living in the Chicago suburbs, one black and one white. The matriarch of the black family had once worked as a housekeeper for the white family, but through a successful chain of ice cream stores owned by her family, both families now existed on the same economic level. The connections between the families ran deep, and issues arose from these circumstances. Consultant Duster remarked, “In the first generation, there is a maid in the big house… Second generation, the ice-cream parlor owner begins to achieve some kind of entrepreneurial successes. Therefore, the connection between whites and blacks transforms dramatically in two generations… One could even say there’s a metaphor here for race relations in the last three decades.” 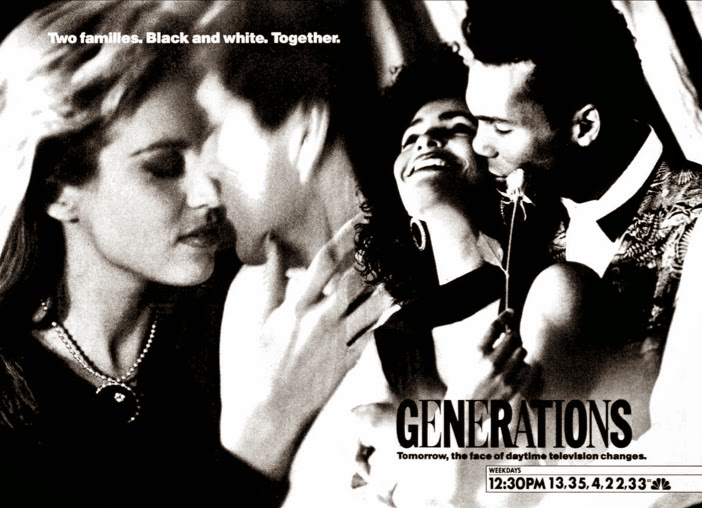 The impetus behind Generations came about for a couple of different reasons. One was that, according to the New York Times, Nielsen ratings for soap viewing in black households were quite large. In 1988, black audiences were increasing while other audiences were declining. The incentive to cater to the African American audience was indeed a business decision. However, Sussman and crew strove to give their show a real sense of relevance and identity.

Generations caught the attention of the NAACP who embraced the series and pushed for its success. Benjamin L. Hooks, executive director of the NAACP said in an interview, “While it is agreed that African Americans have made some strides in breaking through what was an iron curtain that prevented them from exercising any real power in these industries, it is obvious that a great deal still needs to be done. We are, therefore, in total support in any and all efforts that will accomplish these goals.” 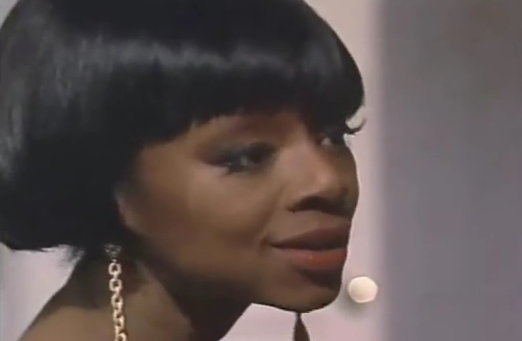 The series brought in a number of well-respected African American actors, including Richard Roundtree (Shaft), Joan Pringle (The White Shadow), Taurean Blacque (Hill Street Blues), Debbie Morgan (All My Children), Kristoff St. John (Young and the Restless) and a then-relatively unknown Vivica A. Fox (Kill Bill). Yet, despite such a high profile cast and a lot of publicity, Generations struggled to find an audience. Critics found the premise and desire to bring a black family to the forefront of daytime admirable, but they also felt many of the stories were the stuff of contrived storytelling, even by soap standards. About a year into its run, the Nielsen’s placed the show last among the 12 soaps that were currently airing. Bringing in 2.3 million viewers is not necessarily horrible numbers in today’s soap opera world, but in 1990 it was nothing compared to the nearly 8 million viewers that its direct competition, The Young and the Restless was pulling in (Y&R remains the top rated soap on television, with an average of 5 million viewers showing up every day). Black audiences made up approximately 20% of the audience, which was roughly equal to the percentages that the other soaps were attracting.


Hooks continued to push for black viewers to tune into Generations, urging the 1700 chapters of the NAACP to lobby for the troubled series. In November of 1990, the show hired Dorothy Lyman, most recognized on daytime TV as Opal on All My Children, to inject new life into the series. She signed a contract only to see Generations cancelled just a few weeks later. There was some protest put out by the NAACP and the show considered whether or not it would have a life in syndicated markets. Unfortunately, this never came to be, although the soap did enjoy a spell of re-runs on BET. Upon cancellation, Generations producer Jorn Winther sadly commented, “I don’t think I’m going to see an integrated show again.” 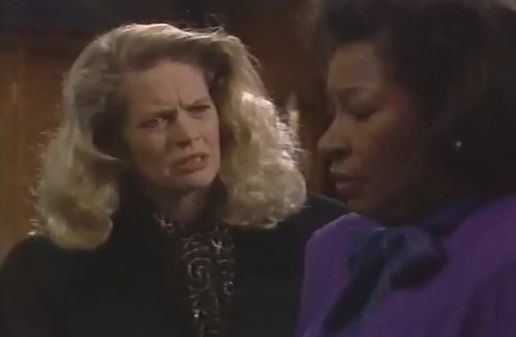 Flash forward some 20 years or so, where only four soaps remain on daytime network television. I only recently started watching The Young and the Restless, and noticed that the show entertained a diversity in ethnicities, although I don’t know the history well enough to speak to how integrated the characters are. Tyler Perry also has a primetime soap on OWN called The Have and Have Nots, which enjoys a multi-racial cast, and wonderful ratings. Generations may not have been able to achieve the kind of awesome legacies that other long running series have enjoyed, but, like the character Carla Gray on One Life to Live, Generations laid the groundwork for the integration and diversity that would inspire, aptly enough, an entire new generation. 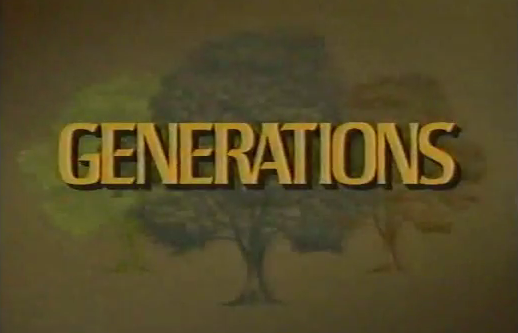 I was wondering which TV Guide edition the Two families. Black and white. Together. ad came out of? I've been researching Generations air times for several years and am wondering where channels 13, 35, 4, 22 and 33 are from? I have the same exact ad in my collection. My ad came from the Boston edition (information found on the back side of the second page of the ad.)Thanks for your help. Glad someone else remembers the show besides me. This article brought back memories for me.

Hi Anon, thanks for commenting. I am not positive, but I think that ad came from a TV Guide published for Ohio. The promotional material for Generations was really striking. I'm so surprised the show wasn't more successful.

Thanks for reading, btw! Glad you enjoyed my post.

Thanks for this article. Soaps have done a better job at featuring Latino/a/ Hispanic characters. Have you done a post on that topic? Often daytime had more brown faces than primetime.

Thanks so much for reading. Glad you liked the article. I haven't done a post on Latinos in daytime, but that does sound like something I'd really be interested in researching. I'd love to write about the Vega family on One Life to Live, actually! Thanks for the suggestion!

Three of the remaining four soaps have Hispanic characters or families on canvas (B&B is a bizarre melange of “almost incestuous” couplings with no Hispanics currently onscreen). On Y&R, the introduction of the Rosales family has, to some degree, pushed the African-American Winters family to the sidelines.