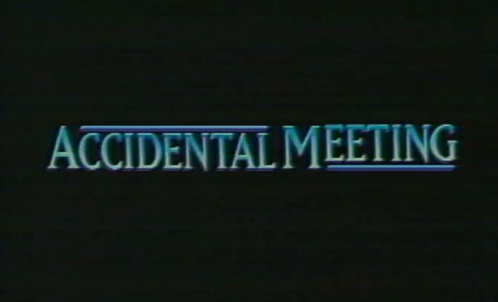 Anyone who visits my beloved blog knows I carry a bright and heavy torch for Miss Linda Gray. I’ve said this before: Sue Ellen Ewing is one of the most complicated and fascinating characters to ever grace the small screen. Her relationship with J.R. (Larry Hagman) is the kind of stuff that dysfunctional awesome is made of! I have seen Linda in a variety of other roles, from Dogs to Models, Inc., and then back to Sue Ellen in the Dallas revival (set your DVRs for February 24th, btw), and when all is said and done, I love Miss Gray best when she’s bad. 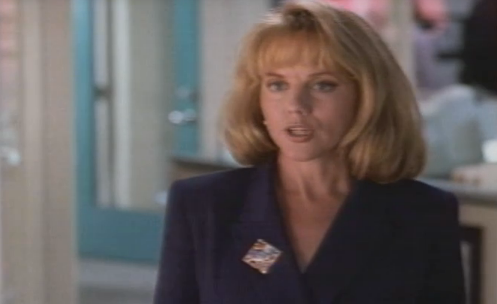 I haven’t mentioned it as much here, but I also adore the heck out of Linda Purl. While she brought a little bit country to Fonzie’s rock and roll on Happy Days, they seemed the perfect match, and I was disappointed when they broke up. A lot of that is due to Purl’s charming presence on screen. She’s absolutely breathtaking in Dark Mansions, and she kills it (literally) in the theatrical slasher flick Visiting Hours. Also, she was completely adorable in Danielle Steel’s Secrets. There, I said it. 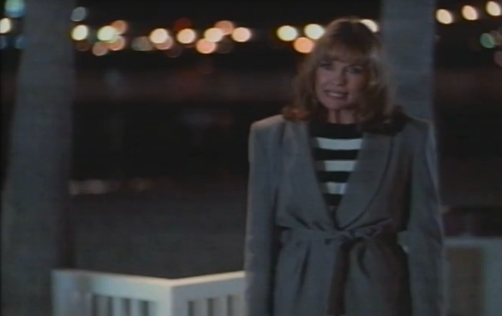 You can imagine how excited I was when Gray and Purl crossed paths in the 1994 USA World Premiere Movie Accidental Meeting, a thriller that puts a gender-bending twist on the Hitchcock classic Strangers on a Train. Regardless of incorporating a different element to the story by making the leads female, using any of Hitchcock’s story devices is going to set the bar pretty high. At the same time, this is a mid-90s basic cable made for TV movie, and one hopes that lowers the bar back down a bit. That’s not meant to demean the TVM genre at all (and you should know I’d never do such a thing), but viewing a project in its proper context allows films that might otherwise be considered trash or lower culture to become somewhat more interesting. 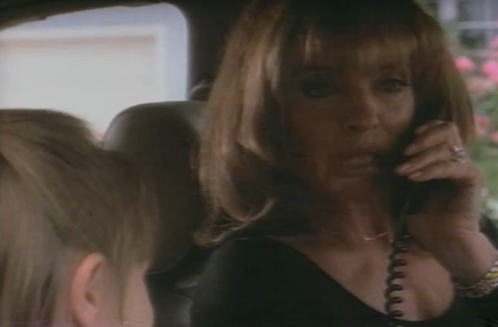 Purl is Maryann, a somewhat successful businesswoman with a horrible boss. And I mean horrible. He admits he loves to put pressure on his employees, and he’s really into firing people on the spot. This makes Maryann’s trek up the corporate ladder tenuous and tensions flair when she reminds her boss that being a good mom is more important than slaving through corporate America. Jennifer (Gray) has her own issues. She’s a childless housewife in a crap marriage. Her philandering husband (Kent McCord, looking super fine) might not openly cheat on his wife, but he’s not struggling to cover it up either. When the two women are involved in a car accident, it was – as Max on Hart to Hart might say – Moi-dur.

Jennifer and Maryann strike up a quick friendship, confiding in each other. Jokingly, they promise to kill each other’s male problems. Only, Jennifer ain’t laughing. She seduces and brutally dispatches Maryann’s boss and then seeks a returned favor. Needless to say, Maryann is unhappy about this turn of events. What’s a girl to do? 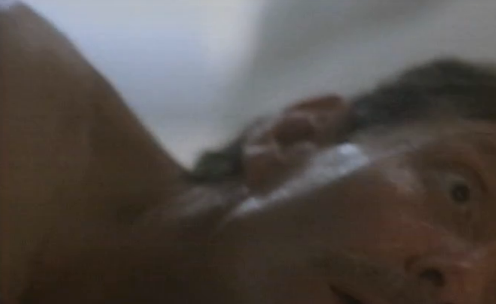 After the well crafted set up of Accidental Affair, the film loses a bit of steam. Perhaps that is because, in these types of light thrillers, it’s the bad guy who gets all the great moments. However, this film concentrates more on Maryann’s struggle to get out of her situation, and it’s just not as interesting as watching Jennifer leer and slither her way through the film. It’s still fun though, and somewhat thoughtful in the tension it presents between Gray and Purl and the housewife vs. businesswoman dichotomy. Well past the burn-our-bras era, Accidental Meeting presents a modern world where you can be both a successful career woman and a good mother (and with a cute boyfriend to boot!) In short, you can have it all, even if your boss sucks. However, Jennifer lacks either a decent family or a good job, and one wonders if her repressed anger is triggered by a denial of both the radical and the traditional. By the time Jennifer rebels against her own self-appointed state (she might hate her hubby but she also absolutely refuses to get a divorce because of a pre-nup), she’s become a wide-eyed lunatic whose desperation allows her to sleep with and then kill her prey! 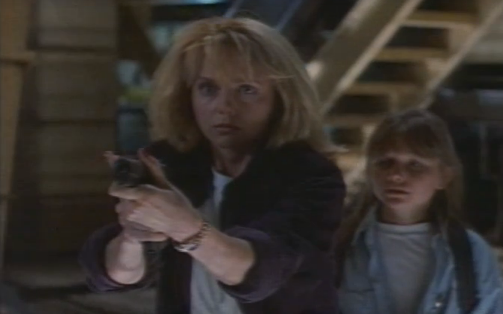 While the ending is typical of these kinds of thrillers, and there is, in my humble opinion, not enough Jennifer, Accidental Meeting is an engaging little potboiler, built on the fantasy of so many disgruntled spouses and employees. And for being such a late entry into the TVM thriller genre, the plotting and brevity of pace evoke days of yore. Who would ever complain about that? 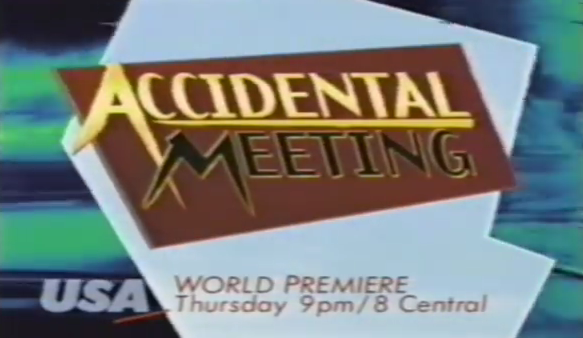 Accidental Meeting is available on vhs.