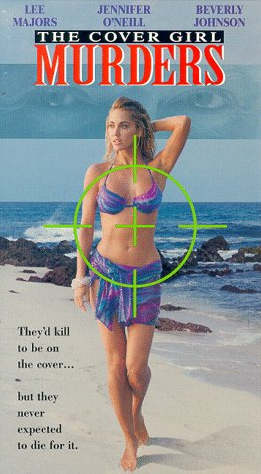 What I like best about The Cover Girls Murders is that the vhs cover reminds me of my crazy salad days working at a video store. I can’t even remember how many generic but still enticing images like this filtered across my checkout desk. I do not recall this particular film being a part of our admittedly light collection, but I did pick up the movie a few years later when video stores were still king and movies with titles like The Cover Girl Murders had the potential of irresistible charm. Yes, I was a fan of Baywatch and yeah, I thought maybe, just maybe, this movie was going to be like a sun soaked Friday the 13th (or at least Ten Little Indians dressed up in a bikini). I was in for the long haul. However, that sandy slasher was not to be and while I give the Cover Girl Murders a spin every few years (because I’m a sucker), my opinion that this is one bland flick has not changed much in the last fifteen years or so. At least I'm consistent.

I guess The Cover Girl Murders is of note because the screenplay was co-written by Doug Barr (based on a story by my old UCLA Extension teacher Brian Taggert!), and Barr co-starred with one of Cover Girl's main draw, Lee Majors on The Fall Guy. And, it also features two actors who starred in television adaptations of famous movies: Vanessa Angel of Weird Science and Adrian Paul of Highlander. Both are fine in the film, and Jennifer O’Neill is perhaps too good for the material she’s been saddled with, but wow. This one is just… it’s just.

In a newspaper article lovingly titled USA: The Trash Channel, San Francisco Chronicle’s John Carmen snubbed the network, denouncing much of their 1993 lineup (including the excellent Rubdown, Caught in the Act and this film). The intrepid reporter surmised that “While a living can be made for a time low-balling and low-browing the audience, sooner or later the public and advertisers develop allergies to shoddy merchandise.” Normally, I would be outraged by such comments, and I will defend Rubdown til… we’ll it’s rubbed down (not as dirty as it sounds)…but it’s really hard to make a case for The Cover Girl Murders. You win this round, Carmen!

Admittedly, the premise is absolutely enticing… A bunch of bikini models, a magazine mogul, a hot photographer and a couple of other potential victims arrive on an almost deserted island to do a photo shoot for a magazine that may be on its last legs if this swimsuit edition (or was it calendar?) doesn’t bring in some hard (on), honest money. Unfortunately, an unknown assailant has other ideas…

Despite the (mostly mild) deaths of a few models, the fashion shoots continue, leading to a rather hysterical scene featuring the drop dead real life model Beverly Johnson looking pretty upset while a cheeky Adrian Paul coaxes, "C'mon, you know you want me."

By the way, did you know models are combustible? Neat.

By the way Part II: Did you know it was possible to make a movie with less than ten characters stranded on a remote island getting picked off one by one and still intersperse a guy with no dialogue or reason for being in most of the major scenes? To say this guy was the heart of the film is an understatement.

Intriguing, no? But the story, the pacing, some of the acting (and definitely the dialog), and that hackneyed "twist" leaves way too much to be desired. And truthfully, I don’t really have any words for this one, so why not enjoy a few sun soaked stills, and if you are really interested, view at your own risk.


File Under: Werk It 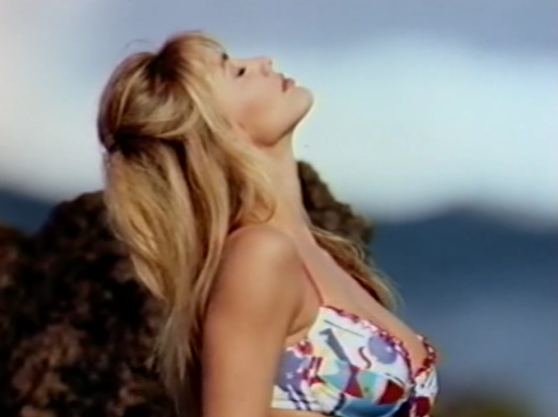 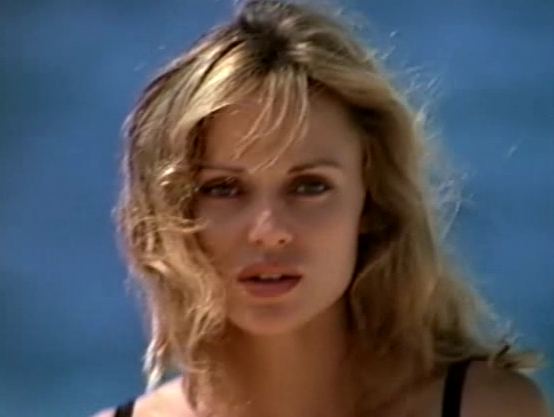 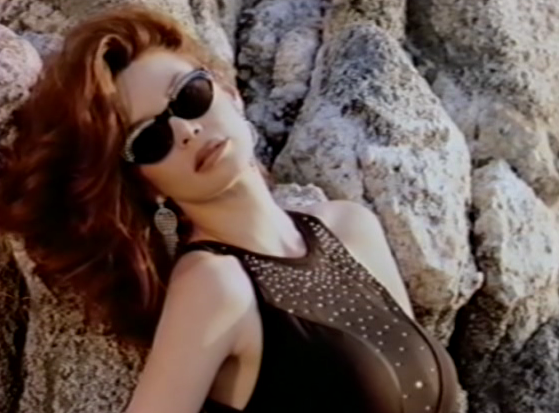 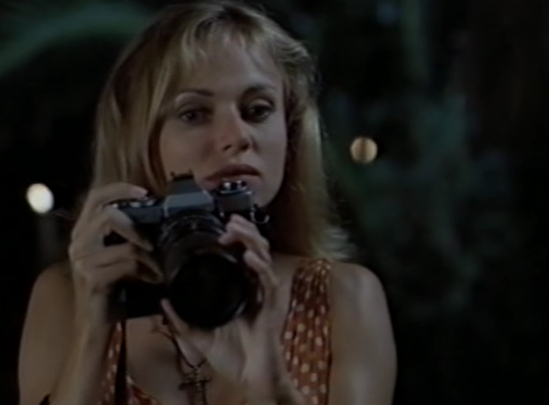 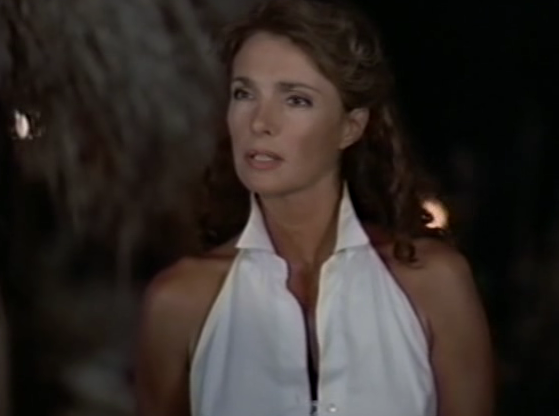 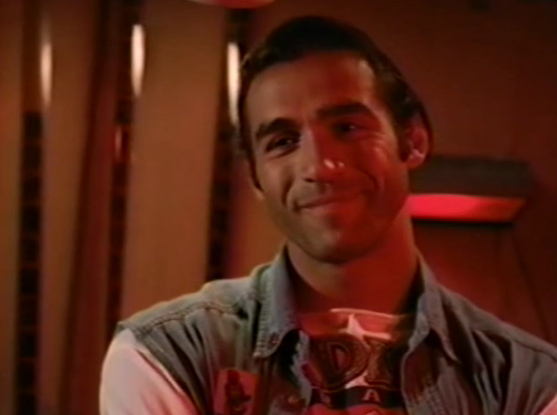 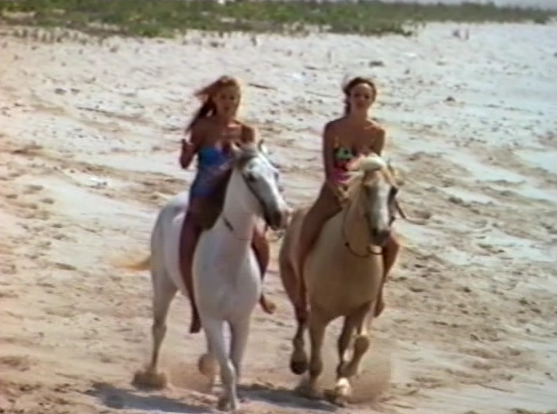 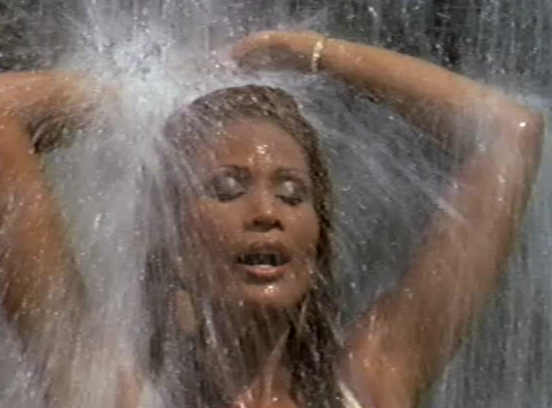 Confession: I’m sure in a few more years down the road, I’ll be picking up my trusty vhs copy and thinking, “Maybe this will be better than I remembered.” I’m a small screen masochist!
Posted by Amanda By Night at 1:38 PM