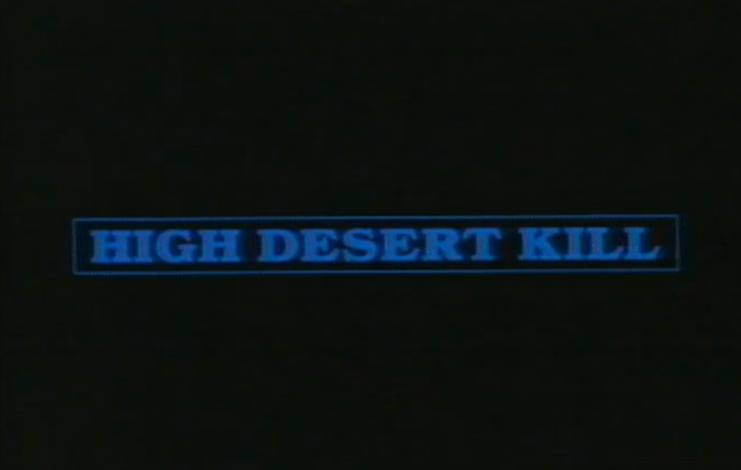 Just like the characters in High Desert Kill, I was a witness… I was there… yet, I still don’t believe what I saw… I wonder if I will even be able to recount the story properly. 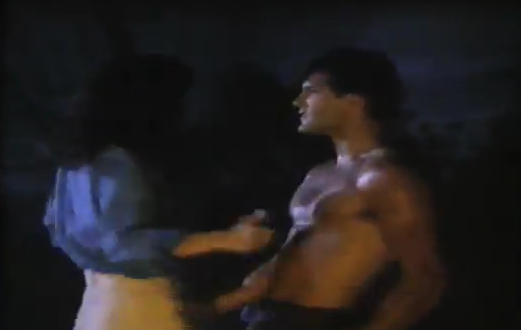 Maybe I should start here:


Before I even attempt to decipher this strangely intriguing 1989 sci-fi/adventure/thriller thingamabob, let me throw out some film references, which may or may not clear things up. High Desert Kill feels like Pray for the Wildcats meets Snow Kill if they went Into the Badlands. And sure, if you want to throw in a Predator along the way, I won’t argue with you… And you know what? I'll see your Predator and raise you A Nightmare at Bitter Creek while we're at it. 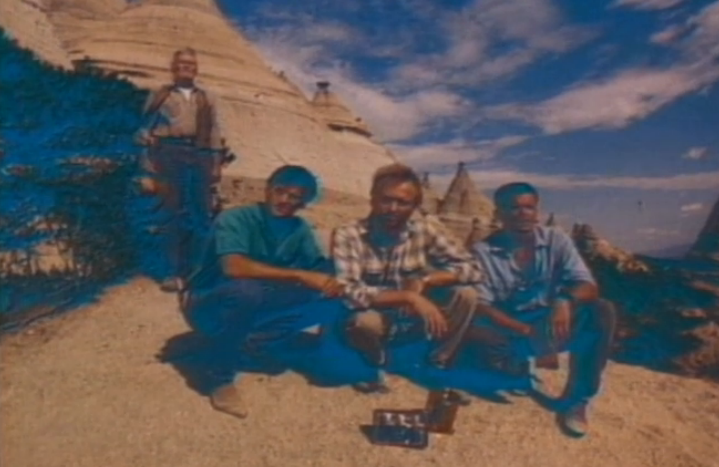 Does that help? OK, let's try this: High Desert Kill is a mixed bag of small screen suspense blended with a touch of tentacle-esque sci-fi (maybe that’s a Cthulhu reference?)… And Marc Singer. Is it must see TV? Probably not, but it is mesmerizing in its own bizarro world way. 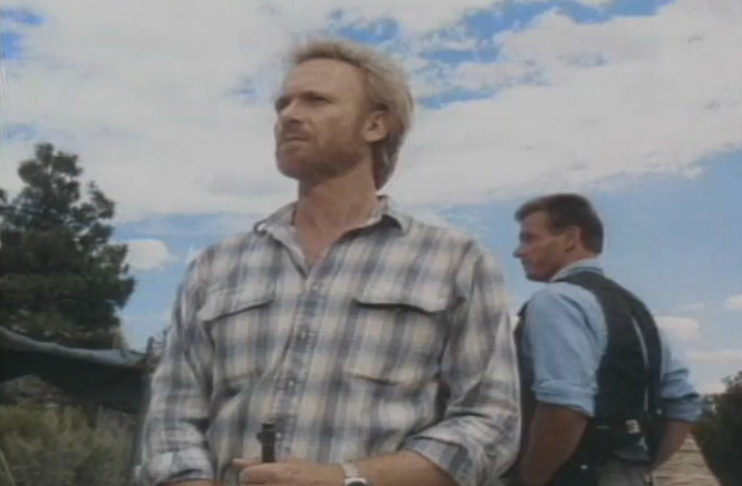 Anthony Geary is Dr. Jim Cole, a pretty serious guy who enjoys spending one weekend a year exercising his macho muscles with his two best buds, Brad and Paul (a bug-eyed machismo afflicted Marc Singer and the sternly handsome Vaughn Armstrong). Unfortunately, Paul recently passed away in a strange electrical accident (!), so his male model nephew (!!) Ray (Micah Grant) is taking over the hunting buddy role. Once this motley trio is placed firmly out of society’s reach and into the wild, they run into a curmudgeonly grizzled professional hunter named Stan (Chuck Connors), and the four attempt to forge a relationship based mostly on who can arm wrestle the best. 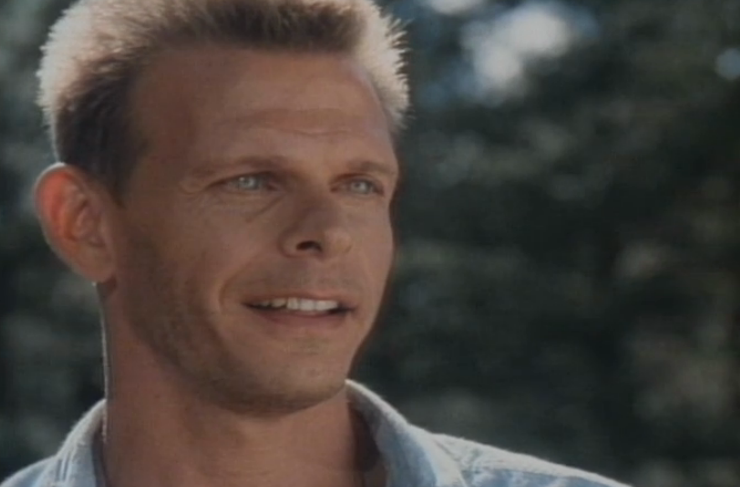 However, this is not a simple beer-guzzling-look-how-big-my-gun-is weekend. Someone else is stalking these campers, and It has the ability to control their minds, bringing out the, ahem, beast within. This makes them drink a lot, screw the neighboring womenfolk, as well as eat raw bear liver! Is it an ancient curse? Is it a ghost? Is something in the water? Is it alien mind control? Did I just see Chuck Connors and Marc Singer make out with the same woman… at the same time…? 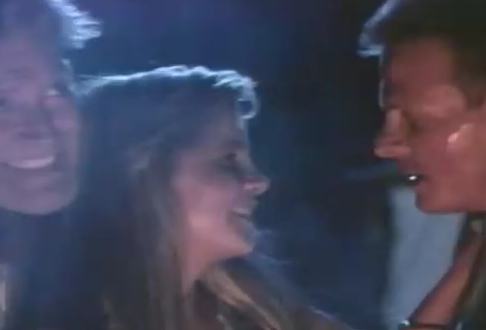 High Desert Kill is absolutely one of the weirdest films I have ever seen. It’s got some mind-boggling moments (the infamous party scene is the stuff legends are made of), but it’s also fascinating and, at some points, quite effective. The location shots are gorgeous and through most of the film, the nuttiness works in its favor. But I’m still not sure what the point is. At times it seems Marc Singer's only intention was to prove how buggy he could make his eyes. And a blood-smeared Geary chowing down on bear liver is… ummm, something. 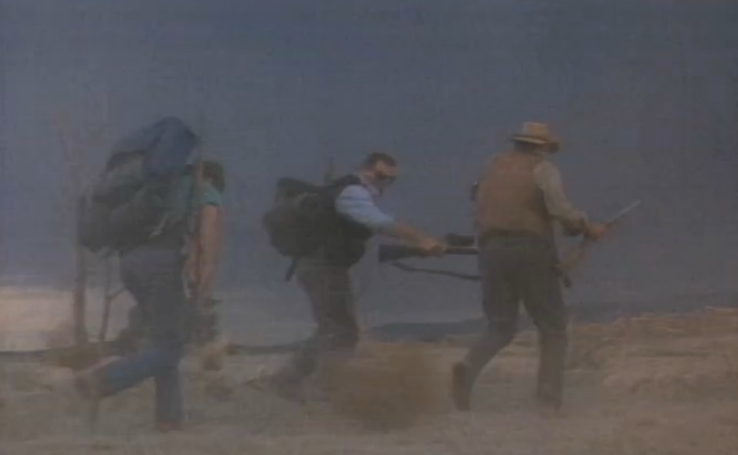 Based on the title and the above referenced party scene (which, by the way, made my Top 10 OMG moments in small screen films), I thought High Desert Kill was a slasher film, and it definitely hits a few of those beats: People are dragged away in the middle of the night, there's random body placement in a weird ancient ruin, and so on. But then it switches gears, and switches them again... and again... and the brain goes plop. 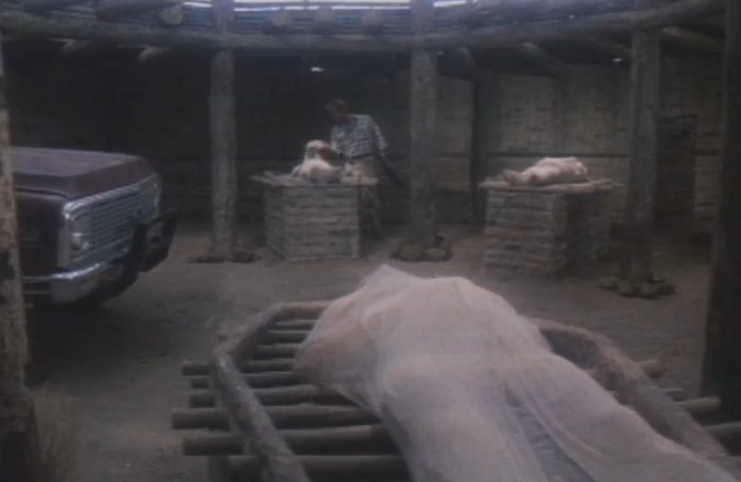 The reason why any of High Desert Kill works is because it was directed by the stalwart Harry Falk (his last directing credit, actually), a self-assured but primarily episodic director who brings a sense of style and tension to much of his work (OK, maybe The Flying Nun isn’t so tense, but work with me). The cast is also good, with Geary coming in a little subdued, which probably anchors Singer’s more emphatic (but fun) performance. Connors, of course, is great, even if he’s not given a whole heck of a lot to do. But the surprise here is Grant, who is undeniably likable and charming despite the fact that he’s the top male model for High Desert Fashions! I mean, you're sure that guy is going to be a jerk, right? You are so wrong. 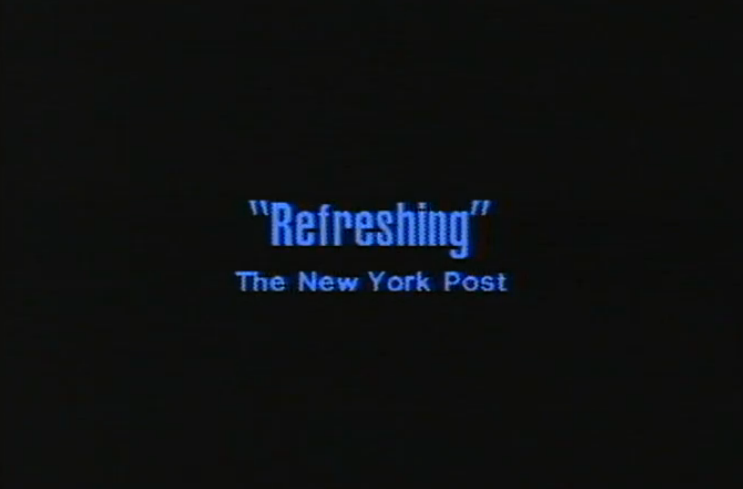 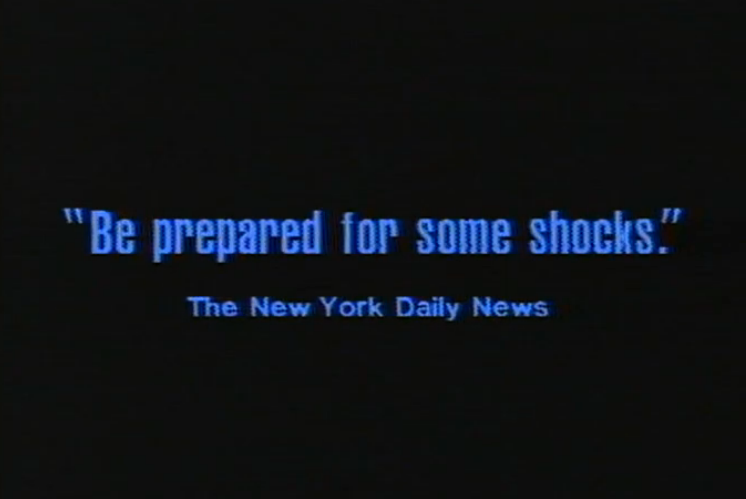 High Desert Kill was met with mixed reviews. TV Guide loved it! Entertainment Weekly did not. However, both were kind with their critiques, which is something that is mostly missing on the viewers' reviews on the IMDb page. Maybe it's because we're looking for something to make fun of. Don't get me wrong, there are indeed a few hysterical hijinks in this strange concoction, but it's also genuinely earnest even if T.S. Cook's screenplay (based on a story by Mike Marvin and Darnell Fry) is all mish-moshy and lacking reason. 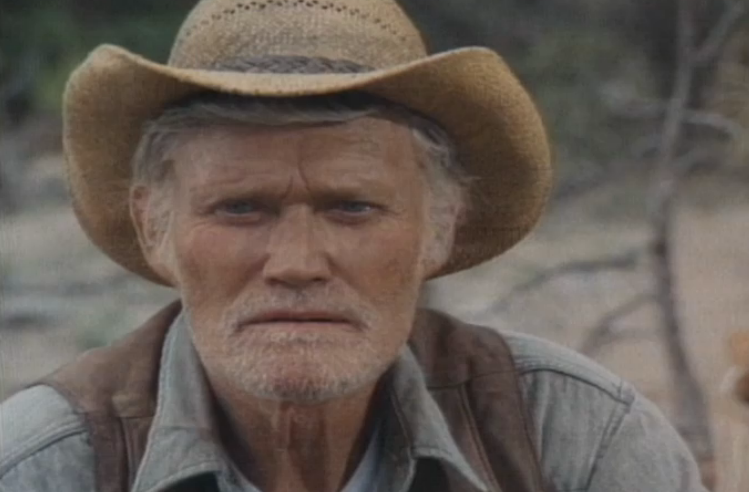 So what do we have? A brain melting genre bending script that aims too high and ultimately lacks a clear focus, a game cast, a competent director, a fashion shoot, something that looks like a giant roach, a force field that covers a Pueblo Indian ruin, actresses with the last name Birdsong, disappearing horses, guys who pull out guns in the middle of the gym, and lots of whiskey. Maybe not a good time for everyone, but definitely worth a go if you are interested in seeing how the direct to video market may have influenced the small screen fare of the late eighties. 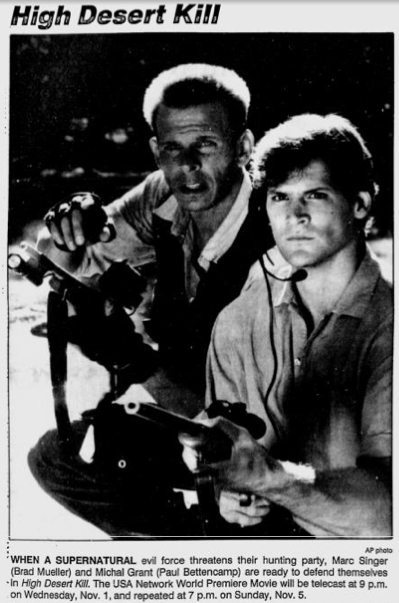