Jeepers Creepers! TV Features! A Retrospective on Classic Made for Television Movies and the Halloween Season, Part II (1974-1976) 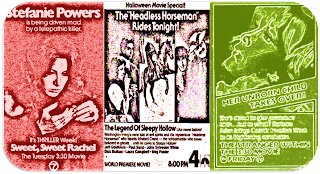 Here we are! It's time for Part II of my retrospective on classic TVMs made for the Halloween season (here's a link to part I in case'n ya missed it)! Enjoy! 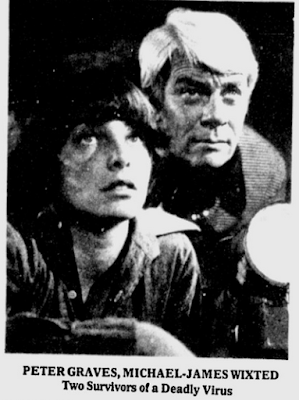 Moxey constructs yet another complex and ominous thriller. After a solar flare nearly exterminates the entire human race, the remaining few must fend off wild dogs, radiation and other survivors. Graves plays the scientist father who leads what’s left of his family from the mountains to the desolate beaches of California. An intelligent, surreal and dark sci-fi yarn that would have been a great idea for a series, although this seems to be a stand alone film. Highly recommended. (Click on title for a capsule review for Camp Blood) 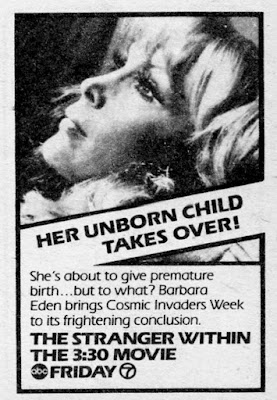 Plenty of trouble finds arty housewife Eden when she becomes an expectant mother. First of all, her husband had a vasectomy. Secondly, every time she attempts to have an abortion, the fetus prevents her. And now she’s reading thick books in a matter of minutes, eating pounds of salt and acting just a wee bit strange. Looks like the person who said “You’re baby will be like no other on earth,” meant it!

Creepy and brimming with atmosphere and dread, The Stranger Within sustains the suspense as well as giving Eden a chance to show off her underrated acting chops. An offbeat and claustrophobic thriller written by the wonderful Richard Matheson, it’s a subtle and eerie Halloween treat. (Click on title for full review) 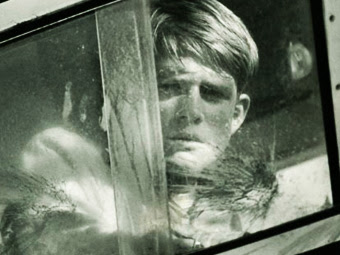 A dishonorably discharged military pilot goes into another battle when her returns home and find his family’s livelihood is being overrun by locusts. Ritchie Cunningham takes on thousands of creepy crawlies and all without the help of Fonzie! (Note: I just revisited this one for the first time since I was a kid... highly recommended. It's more drama than animals amok, but is harrowing and Ben Johnson is amazing!) 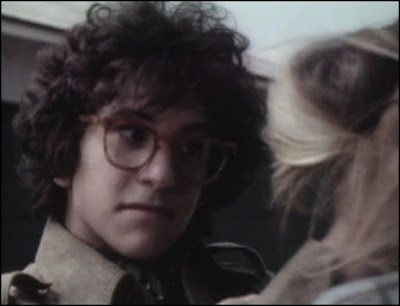 Based on the novel by John Holbrook Vance, but toned down for television, Bad Ronald is one of the more infamous TVMs of the decade. Scott Jacoby plays Ronald Wilby, a shy teenager held closely under watch by his domineering mother. After he accidentally kills a taunting kid, Mom gets the brilliant idea to wall Ronald up in the center of the house and tell the police that he’s run away. This would be great if dear old mother hadn’t checked herself into the hospital and never checked out. Ronald spends the rest of his days living in a fantasy land he created called Atranta and drawing pictures of his fantasy girlfriend, Princess Vancetta. Soon a new family moves in, and guess who the youngest daughter looks like? This is when Ronald gets real bad…

A classic of the genre and a personal favorite, Bad Ronald is creepy as hell. Directed by a master of the small screen, Kulik (Brian’s Song) keeps the setting tight and claustrophobic, never letting the viewer (or Ronald) venture too far out his deranged mind. A dark thriller reeking of Halloween scares. (Click on title for full review, click here for a review of the novel, and click here to read my tribute post I did for Ronald's 40th anniversary!) 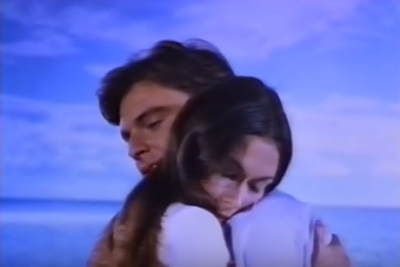 Love Boat goes straight to hell. Various familiar faces of the small screen are lured onto a luxury cruise liner under the guise that they’ve won a contest. However, someone has actually cooked up a delicious plan to off everyone! Two years before Aaron Spelling cast Jackson in Charlie’s Angels, he was apparently already spellbound with her (see also Satan's School for Girls). Death Cruise is just one of several TVMs she starred in for him and she’s never been more fabulous. A groovy little proto-slasher (lite). 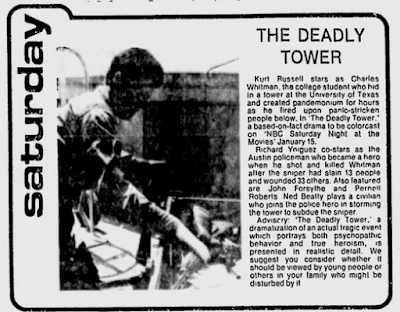 Based on the true story of the water tower sniper who killed several people, it makes an interesting choice for Halloween watching based on the bleak subject matter. Russell puts in another strong performance as the morally destitute killer. For another take on this story, albeit mostly fictional, double feature Tower with Peter Bogdanovich’s Targets. 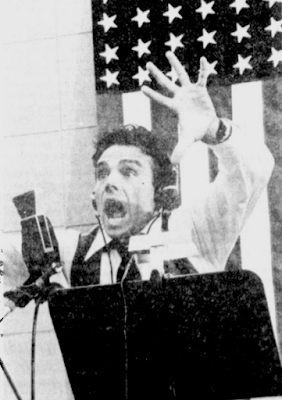 1975 was the year for fact based Halloween movies. Panicked retells the true story of the night of Orson Welles’ radio broadcast of War of the Worlds, which sent people fleeing their homes in a panic because they believed the invasion was real. Since the radio play originally aired on Halloween, the original air date made for a fitting night to air this fun TVM and an apt tribute to… The Night That Panicked America. (Click on title for full review) 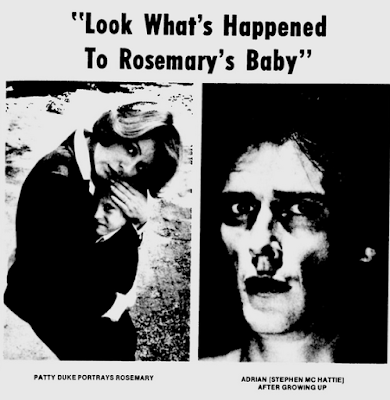 A lackluster sequel to Rosemary’s Baby and an even more mediocre offering as the only network horror movie for the month of Halloween in 1976, it does feature a bit of atmosphere and is well acted, but like the spawn of Satan himself, it’s pretty soulless.

Read Part I
Posted by Amanda By Night at 7:06 PM

Also awesome. Bad Ronald is one I have heard a lot about, especially here, and so want to see. Going now to see if Amazon or Netflix can help me out!

David Hofstede wrote about "Bad Ronald" in his book "What Were They Thinking?". It looked like a pretty screwed-up movie.

Director Ralph Senensky wrote about "Death Cruise" on his blog, 1st part here:
http://senensky.com/death-cruise-part-i/
It was the last tv acting job Richard Long had before he died at only age 47 in Dec. 1974. Senensky had also directed Long in a few episodes of "Nanny and the Professor" a few years earlier.

"The Deadly Tower" was about a shooting from the main administrative tower at the Univ. of Texas/Austin, not a water tower. The shootings took place in August 1966, with the shooter finally being killed by an Austin police officer.