Maybe I’m easily impressionable (alright, there’s no maybe about it!), but I saw this movie when I was a kid and boy did it haunt me! Horror at 37,000 Feet is about a small group of people on a GIANT jet that is also carrying bits of a haunted abbey. The new owner and his wife (Roy Thinnes & Jane Merrow) are on board, along with the woman (Tammy Grimes) who tried to stop them from taking the artifact in the first place. To make things complete, William Shatner has also joined the flight as a weary ex-preacher (his lady is played by Lynn Loring who was Thinnes wife at the time). The rest of the cast play potential victims when the supernatural forces take over, forcing the plane to just meander in the same space in the sky. One murder, one frozen dog and one terrified stewardess later, the passengers start to give in to their more primitive thoughts leaving Merrow to worry if she’ll be the human sacrifice the spirits are calling for.

Supremely fun, if a bit incomprehensible, Horror at 37,000 Feet is one of those horror films you had to have seen as a kid to really be taken away with it now. It’s dated for sure, with a great matte screen death at the end, but if you can look past the pill box hats and wide lapels, you’re in for a real treat. Personally, I kind of like the simple effects. Some might call them laughable but I call ‘em unfussy.

The Shat likes the drinky-poo right before fighting demons!

William Shatner gets most of the notice from this film, and don’t get me wrong, he’s wonderful but the cast is just chock full of fun performances like the ones from Paul Winfield, Roy Thinnes, Buddy Ebson, Chuck Connors, Russell Johnson and Tammy Grimes (piece of trivia: She is Amanda Plummer’s mom) – whatever happened to Tammy anyway? I just never forgot her from this movie and when she delivers her sharply whispered “Sacrilege, sacrilege” line, I have to imitate her for about 20 minutes afterwards!

It’s hard for me to say any bad things about Horror at 37,000 Feet, although I know it’s quite flawed and thoroughly silly. It just brings back too many good memories of sitting on the floor of our family den with my jaw agape at the terror presented before me. I’m sure it played a big part in why I love horror movies so much now. For me, this film is perfection. Oh yeah, and Roy Thinnes was machismo on a stick! 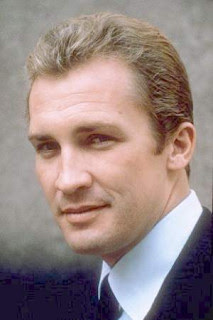 I was lucky enough to find this one on a bootleg DVD last year, and enjoyed seeing it again after over 35 years! I was about 13 when it came on and I watched it as I stayed up late on Saturday night. Great memories!

I remember seeing this movie for the first time on our local channel's weekend afternoon movie. The ending just screwed me up! Even to this day, with all the bad SPFX, I get chills!

Thanks Amanda, I must check this one out. It sounds right up my street (Horror and disaster movies being my two fave genres), in fact I did a double take when I saw your review because I wrote/directed and edited a disaster movie pastiche (for comedienne Pam Ann) called 'Terror at 41,000 Ft' Check it out!:
http://www.youtube.com/watch?v=sSMaBz4jZ6Q

Sam, that video you made is HILARIOUS. I posted it on my facebook page. I loved it!!!

Definitely check out Horror at 37,000 Feet. There's not too much disaster, it's mostly just potentially disastrous.... but I think you'll like the supernatural stuff and the over the top moments. And the ENDING. Haunts me!

Thanks for stopping by, hope you are well!

I saw this either first run or re-run at my grandma's house - I was very young so thinking it might have been the premiere...I remember nothing about it - need to see it again!