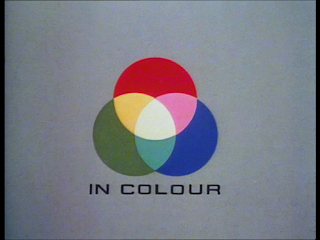 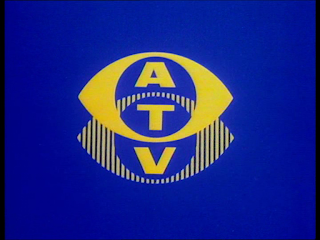 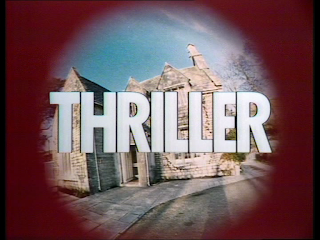 I’ve always been a little slow on the uptake. People have been telling me that there is this thing called cable... Hmmm, interesting. But even more interesting is that the first season of the excellent early 70s British anthology series Thriller is (and has been) available on DVD and through Netflix!

The series, which was created by Brian Clemens, who also penned most of the episodes, aired from 1973 – 1976, lasting six seasons (the British have shorter seasons). In my town, the episodes aired as stand-alone TV movies, often showing up on the weekend matinees on the local station (how I miss you, channel 5!), but were also apparently part of the ABC Movie of the Week towards the late 70s. 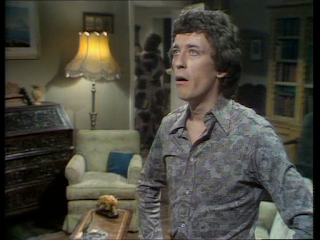 Lord knows it's hard being evil!
The series is notable for all of the familiar American faces, including the hunkadelic Gary Collins, Barbara Feldon (who is in the first episode) and erstwhile Small Screen Scream Queen Donna Mills. It’s also noteworthy for its ability to be frequently suspenseful. The shot-on-video soap opera look does not hinder the quality of the storytelling or the excellent acting. In fact, I sometimes think the play-like attributes help to give the show a sense of dignity and sometimes (and more importantly) an overwhelming feeling of claustrophobia.

Clemens is most famous for being the man behind the other excellent British series The Avengers, but with Thriller he proved his proficiency in subtle tension. Several of the episodes found a home on video in the 80s, including the awesome episode I’m the Girl He Wants to Kill (Season 3) but now the entire first season is available. I believe the complete series is available on Region 2, but for those of us who are still getting used to this whole DVD movement (like, what’s Blu Ray?), this is the best way to get a taste of a show that deserves not just a second look, but a third and a fourth.

And by the way, the clothes are fabulous! 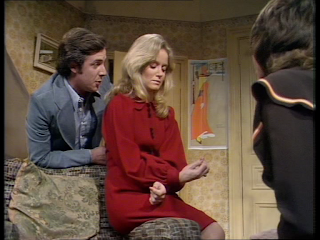 I'm SUCH a fan of Thriller. I think it's far scarier than any of its contemporaries. Congrats on the Fantastique credit, BTW!

Hi, i search "I’m the Girl He Wants to Kill (Season 3) in Italian Language.

Can you help me top find it ?
Where do i can find it ?
Please help me.
Thank you.
Paolo

Thriller is one of the best series ever made. And Brian Clemens an underated pure suspense genius. Great ideas as writer and a true science of what is really scary. I just regret he didn't directed other film except "Captain Kronos".

Anonymous said...
Hi, i search "I’m the Girl He Wants to Kill (Season 3) in Italian Language.

Can you help me top find it ?
Where do i can find it ?
Please help me.
Thank you.
Paolo

Hi Anon, I'm sorry for the delayed reply. I asked a Thriller facebook group if they knew of a place to get the episodes in Italian but no one responded. Here's a link to their page if you want to ask again:

Unfortunately, here in the States, the series has never appeared since it was shown on ABC late nite in the 1970's. I really would like to get this series on DVD.