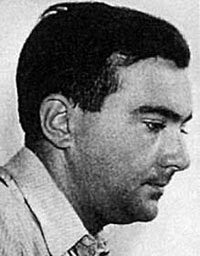 I just got the sad news that prolific television and film director Paul Wendkos has passed away. Wendkos was no stranger to the world of made for television movies, having directed several outstanding films.

Currently, you can watch Cocaine: One Man's Seduction on Fancast.

Here's a list of his TV movies from the 70s (with some stills of his credits in the movie): 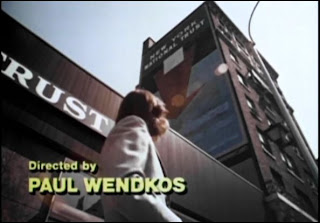 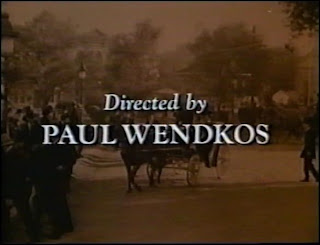 His prolific TV movie career went into the 80s where he made the following:

Of course, Wendkos is best known for making The Legend of Lizzie Borden starring Elizabeth Montgomery. It was the movie that shot her out of the sitcom world like a rocket. Wendkos seemed rather comfortable handling genre work such as Borden, and he proved he had a deft hand with esoteric themes when he made The Haunts of the Very Rich, which boasts one of Robert Reed's best performances.

He was only nominated once for an Emmy for directing The Taking of Flight 847: The Uli Derickson Story (1988). I find it a little hard to believe that he wasn't nominated for more stuff. He made some incredible movies. Again, proving how sadly underrated the made for television genre is, even by its peers.

I found this short obituary about Wendkos that is worth checking out if you are unfamiliar with his work.

What a truly sad loss. I am a big fan of his films.

Thanks to Marty at Johnny LaRue's Crane Shot for letting me know about this.
Posted by Amanda By Night at 8:16 PM

He also did a lot of episodic TV, including one of my all-time favourite shows, The Wild Wild West ("The Night of the Howling Light").

He did A LOT of wonderful stuff. What a loss.

Sad to hear this news. What an amazing body of work.

I never knew of this director, but I have 'The death of Richie' being a MAJOR Robby Benson fan. It was a pretty cool movie, but very sad by the end. Good tribute!