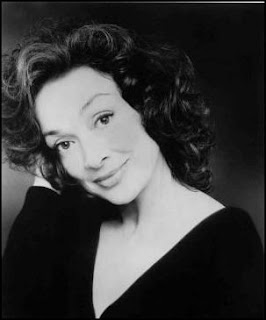 Julia Sugerbaker: Hello? Mr. Trump? I hope I'm not disturbing you. I'm just calling you to say — on behalf of the American public — Mr. Trump, we no longer care who you date, we really don't. You are no longer obligated to alert the news media everytime your pants are on fire because we don't care. So please feel free to fire all your hacks, flacks and publicists employed for this purpose because — and I repeat — we...don't...care! Who am I? Well, you've never met me, but you can just call me....The Julia. 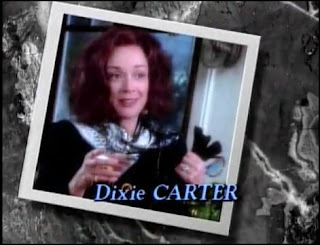 Dixie in Dazzle being, well, dazzling
The other great 80s sitcom about intelligent, active, dignified women, Designing Woman, lost their main voice yesterday when Dixie Carter passed away at the age of 70. Dixie did a lot of television and I first came to know her as Mr. Drummond’s hottie wife on Diff’rent Strokes. A lot of times when shows add characters it feels like a desperate attempt to recapture the golden age of the series. However, Dixie brought a little style and grace and the entertainment value remained what I had expected from my favorite show about a rich white guy and his black adopted kids. OK, Webster was my favorite show, but you get the point. However, it was her role in Designing Women as Julia Sugerbaker, the poised Southern Belle and leader of a quartet of gorgeous and outrageous co-workers that made her mark. She was brash, outspoken, sometimes frustrating but never boring and America ate her up like apple pie. 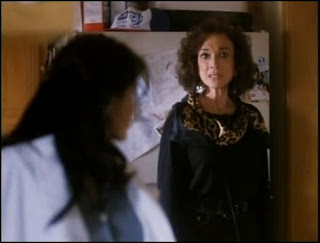 Gone in the Night
Julia Sugerbaker: It makes me wonder if we all were crazy before, or just went insane after arriving here.

Dixie was also an established stage actress and had recently been nominated for her guest starring role in Desperate Housewives (clever casting there!), but she also made some great made for television movies. In fact, she met her husband of 26 years, Hal Holbrook when they made The Killing of Randy Webster in 1981. It was apparent TV movies agreed with Ms. Carter and she went on to star in a few more noteworthy films, including Judith Krantz’s Dazzle (1995) and Gone in the Night (1996). 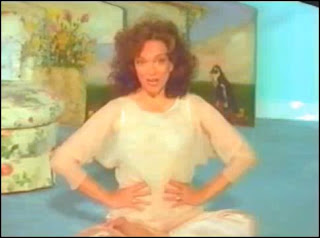 Dixie even made a workout video! Jane Fonda eat your heart out!
I have to admit I was shocked when I heard about Dixie’s passing. I don’t know why, but I thought the most vocal Sugarbaker would always be here, telling the world just exactly what it can do with itself. I’m also sad because as a fan of 80s film and television I had always held her marriage to Holbrook in high regard. Their love felt real to me and my heart broke for him today.

Here is a quote from Julia that I find sadly appropriate:

But then again, I suppose in my heart I always knew that someday we would end up like this. I mean, well, it's kind of fitting isn't it? Here we are going down the highway into the dark Georgia night. Four aging Southern belles-war-torn hair, dirty faces-a nanny, a baby, and a crippled black man.

Dixie, I will miss you. 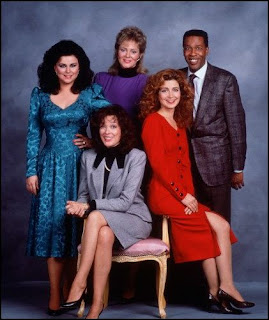 What a wonderful tribute :)

I too was shocked (or caught off guard at least) by her passing. I remember catching her on Desperate Housewives a short while back and, at the time, it got me thinking about a Designing Women reunion.

She was so good in everything, and it was nice to see her on DH lately. Great piece, Amanda. I love how you used some of her quotes, because no one could deliver dialogue quite like her.

Thanks guys for reading and posting... I'm bummed. Too many awesome celebs going away... I feel like I'm too young to be losing all the people I grew up watching...