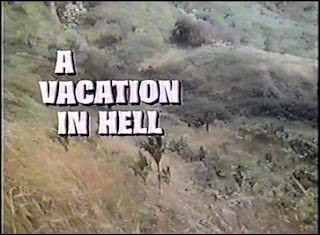 If there was ever a director who could pull off A Vacation in Hell, it would be the great David Greene. Thank God they hired him! He was as equally comfortable making high end drama (Roots, Friendly Fire) as he was making good old popcorn flicks (Rehearsal for Murder, Take Your Best Shot). The esoteric Vacation In Hell, which I reviewed for Camp Blood is one of those movies where the cast had to be completely on it, or it just wasn't gong to work. The mixture of swingin' 70s, coming of age sexuality, vacation gone awry horror, jungle amok violence and hippy dippy empowerment is 100% surreal, and it's fantastic. You simply can't take your eyes off everything as it unfolds, and I double dog dare you to look away when the stunning Priscilla Barnes is on screen. Even in the presence of some of the most stunning women from the 70s - Andrea Marcovicci, Barbara Feldon and Maureen McCormick (in one of the strangest dance scenes ever)- Priscilla remains completely breathtaking. And she carries this movie as the dumb blonde who ain't as stupid as you think. There's also Michael Brandon as the feckless but likable lone guy in this trek to terror. Boy I bet he was in heaven when they were making this (and indeed he did live with Maureen McCormick for a time after this film)! Vacation is all about women doin' it for themselves, and the cast deliver it all with a straight face. Vacation is at once totally trashy and completely suspenseful. It's enthralling television and a must see!

A Vacation in Hell Image Gallery: 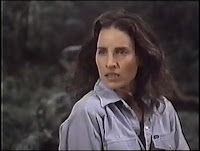 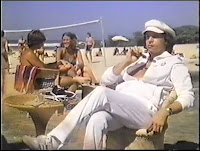 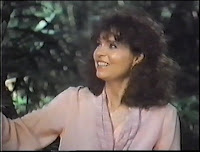 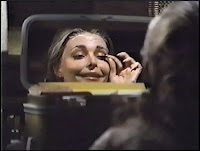 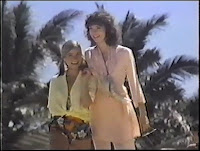 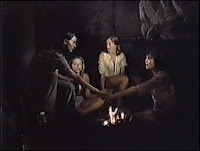 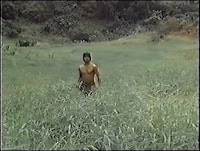 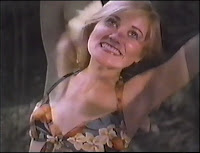 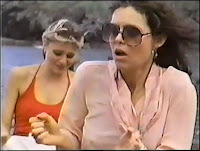 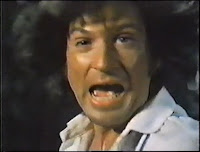 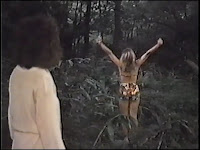 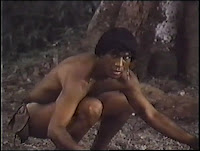 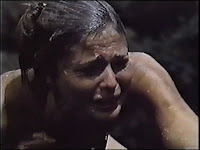 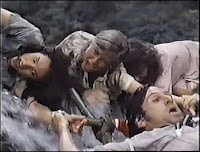 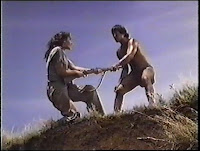 a classic :)
goes great with Terror on the Beach.

Thanks for stopping by. Yes, Cindylover, it's a lot of fun... Odd fun, but fun!

David, I have not seen Terror on the Beach. I know, I need to get on that one! :)

If anyone is interested in buying this,go to revenge is my destiny dot com and look for it in the "made for tv" section..Thanks! Gary B.

You can buy this at revenge is my destiny dot com...thanks! Gary