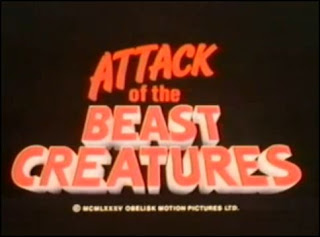 I don’t mean to quote Blood Diner (yes, I do!), but Trilogy of Terror is one of those movies that sneaks up on you surreptitiously and bites you on the shorts. Guaranteed that if you saw this movie as a kid (as I did one fine Saturday afternoon), you remember every second of it. Well, maybe not every second of the first two in the infamous trilogy, but the third installment, simply title Amelia featuring a creepy little Zuni Fetish doll chasing Ms. Karen Black (creepy in her own right) around her horrendously wallpapered apartment was unforgettable. The end shot is the stuff nightmares are made of.

That little old Zuni doll sure did resonate with people and even inspired a sequel many years later (although the story took place on the very same night). The follow-up is essentially a remake and might have been a total loss if it weren’t for that dang doll. But a direct sequel isn’t the only inspiration that came out of that apartment. In 1985 a small regional filmmaker unleashed Attack of the Beast Creatures, which is a wonderful, mostly undiscovered, treasure trove of a film. I picked up my copy because I’d stumbled across an incredible review on Bleeding Skull and I just had to get a better look at those Zuni inspired beasties. I was not let down. Shot with a cast made up of what I assume were local theater actors, this movie is a period piece, features decent costumes, mixed but generally respectable acting and about 100 of those little dolls. In that respect, it actually one ups Trilogy (granted, the puppetry does leave a little something to be desired). It’s so much fun watching these little things attack… and attack… and attack. Why not take a look for yourself:

And they pray to their god! 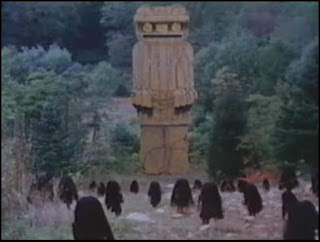 Adorable!
As far as I know Beast Creatures was only ever released on VHS, but it’s not too hard to find and I got my copy off of Amazon. If you love small budget horror (and who doesn’t) and have always wanted to feast your eyes on a gaggle of imitation Zuni Fetish dolls, Beast Creatures is must for you! 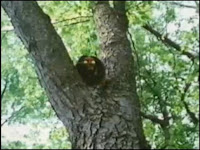 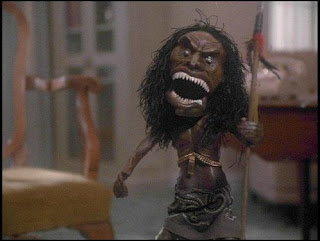 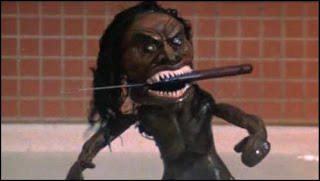 Note: While I was researching this post I came across this awesome review. Great minds think alike!

I've heard about this movie for years and have always wanted to see it. Also, I wonder why they're called fetish dolls. Is the fetish the fact that you like to collect a bunch of creepy dolls that can come alive and kill you? Or are you supposed to, like, rub them on your keister or something? Maybe I don't want to know.

lol! I don't think I want to know why they're called Fetish dolls if it involves butt smacking!

Attack of the Beast Creatures is kind of wonderful. Definitely check it out if you can!

Two years late, but I feel I have to chime in and say that the term "fetish" in this case means "magical doodad", not "kinky sex preference." Well, I guess it could mean both, depending on the person.

Didn't they do another movie just like Attack of the Beast Creatures in the 90s or something?

Hi Anon, I'm not familiar with an Attack-like movie from the 90s (well, Trilogy of Terror II has the original Zuni fetish doll, but that's the only thing that comes to mind). If you figure out what it is, let me know. I'd love to see it!