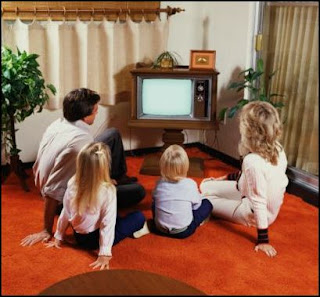 Oh man, thank heavens for Netflix! I had one of those rare open weekends where popcorn-eating-soda-drinking awesomeness commenced. Although I added about 100 movies to my queue, I was only able to get three down... but it was a good three... mostly. 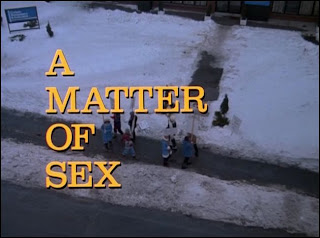 A Matter of Sex (1984): This was the first, and best of the bunch. A Matter of Sex is based on the true story of the Willmar 8, who were a group of a women working in a bank in a small Minnesota town that got fed up with sex discrimination. Jean Stapleton leads the small and passionate brigade, and the film works as a really interesting time capsule reminding us that while women still have some way to go in the world of equal rights, we have also come really far. Some of the stuff the boss says is just outrageous. While this didn't make me want to grab my sisters' hands and sing We Shall Overcome, it still really made me proud of what some people have done to equal the playing field. 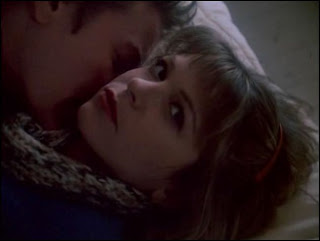 Dinah Manoff is a standout here in her dramatic turn as a country mouse turned labor union organizer. Jean Stapleton is of course fantastic too, and overall the eight women are wonderful in their parts.

Although the film takes place in Minnesota, some of the Canadian accents and faces will get you. I noticed Jeannie Elias from The Pit and Peter Spence from Crazy Moon! Lee Grant, who I worship as an actress, made a documentary on these women called The Willmar 8 and then she adapted her doc into this movie which she also directed. I'm telling you, women are doing it for themselves! 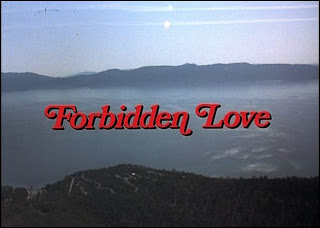 Forbidden Love (1982): This one was up next and yet again we've got another May/December romance where the older, sophisticated women falls in love with a much younger man. Yvette Mimieux is Joanna. She's outrageously fashionable, has the body of a teenager and a crazy sexy way about her. Andrew Stevens is Casey, a handsome medical intern who comes from very little and works hard for his money. The sparks are instant (they meet at a ski resort which is so friggin' 80s I could die! ) but once they get the van-a-rockin' they soon find out not everyone is copacetic on this whole unholy union. 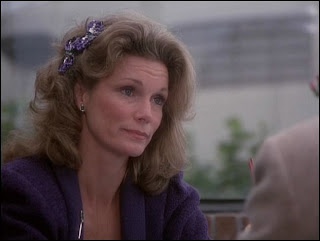 While I liked this movie, it has all of my favorite elements - an oversized and ridiculously glamorous house, fantastic clothes, beautiful men - I didn't like the story (or the chemistry) as much as I enjoyed Anatomy of a Seduction, although one could argue they are basically the same film (For the record, Anatomy is also streaming on Netflix). I'm not exactly sure what was missing in the formula, but it was still a fun watch. Jerry Houser, who played Wally on The Brady Brides, is one of Casey's BFFs and I just love seeing that man in anything! 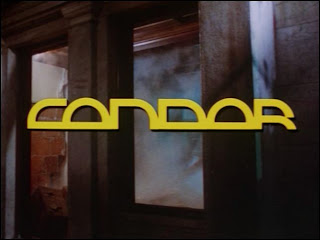 Condor (1986): In the somewhat near future (or maybe even our past, I think this movie takes place around 2000), there are lots of things that are futuristic but look like 1980s LA. Throw in a robotic fast food employee and a lady in silver spandex and you've got... well it still looks like 80s LA. Ray Wise is Christopher Proctor, an employee at a covert crime fighting company called Condor. His partner is killed and he's saddled with a lovely female robot named Lisa Hampton (Wendy Kilbourne). They are hot on the heels of an escaped prisoner named Rachel Hawkings played by Carolyn Seymour (get it... Hawkings vs. Condor?!? HA!). Apparently she did some really bad things and is now back at it, and she works as the madwoman behind a large glowing light computer. Oh man, the futuristic 80s was so good! 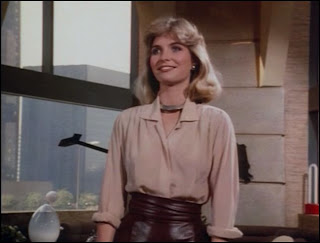 I really wanted to like Condor and it's not like it's bad or good, it's just kind of there. I had a hard time following the story and I kept getting put off by the female robot doing stuff like sleeping. I know she's supposed to be all human and everything but those little tidbits distracted me. I did like Proctor's cat though... Adorable! Also, it was nice to see Craig Stevens from Peter Gunn but he looked like he'd rather be elsewhere. Wise is good in the part, but this is really not his film...

I kept wondering where I recognized Wendy from. She was in North and South and married her co-star James Read. She has quit acting and the two are still married. Awwww! I love happy endings!

And I have to say, that's really how my weekend ended... happily.
Posted by Amanda By Night at 7:02 PM

I remember Wendy when she starred in a cool but sadly near-forgotten TV series called "Midnight Caller". Gary Cole played a cop-turned-late-night-DJ, and Wendy played his boss and station owner Devon IIRC. (I think it was set in San Francisco).

Wendy was also in another TVM I saw years ago (the name escapes me for now) - it was based in Hawaii and was about the hunt for a serial killer called the Honolulu Strangler. Stanley Tucci co-starred. It's worth checking out if you can find it!

Hi Lynn! Thanks for stopping by and commenting.

I've only heard good things about Midnight Caller but have never seen it -- and I LOVE Gary Cole so I'm not sure why it's slipped by me all these years...

Honolulu Strangler sounds awesome. Thanks for the heads up!

Hah! I've had Condor on my Netflix list for a few weeks. Haven't watched it yet.

I think Netflix can only stream things online from DVDs, which means you would still have to have cable to watch new shows and new episodes.

Amanda, though I've been a Netflix-er for a couple of years now I had no idea that they had such a deep well of t.v. movies (to be fair, I don't know that I've ever entered any in my queue as I already own my faves - Salem's Lot ('79), Don't Be Afraid Of The Dark, Bad Ronald, etc.) Thanks for shining some light on a few obscurities I hope to get around to eventually!

Dan, when you see Condor, post on here and tell me what you thought...

David, GO and check out the Netflix TV stuff. They have a separate section for TV movies. It's great. Sometimes the pickings aren't as good, but right now, it's really pretty incredible.


Thanks all for stopping by!