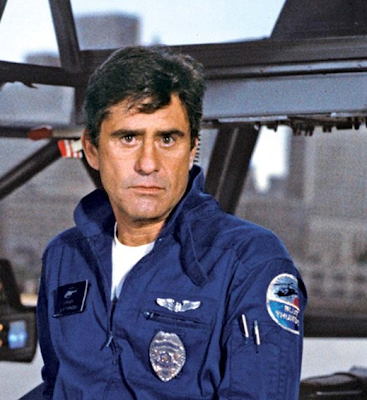 I don’t know why I was so shocked when I read yesterday that James Farentino had passed away, but it probably had something to with the fact that I found him to be such a looming presence on screen that I couldn't believe anything would ever stop him. If he seemed larger than life it’s probably because the actor often found himself in situations just as dramatic as the ones he reenacted on TV. His personal life sometimes made front page news, and because of that I think people would forgot that this darkly handsome actor was one of the biggest leading men on television.

Born in Brooklyn, New York in 1938, Farentino trained at the American Academy of Dramatic Arts and found fame on Broadway when he was in his early 20s. His first television appearance was in 1962 when he appeared in an episode of Naked City titled Let Me Die Before I Wake. While he would star in some interesting theatricals (The Final Countdown and Dead and Buried being two of his most popular films), the small screen not only beckoned him, it adored him. He appeared in a ridiculous number of made for TV movies. He’s a look at some of his contributions: 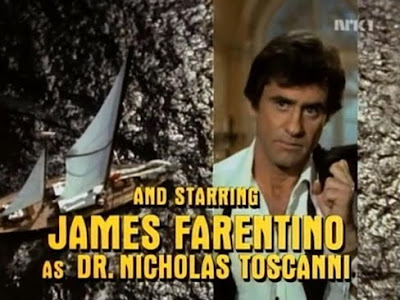 And he did oodles more into the 90s and beyond. Farentino’s contribution to the world of TVMs cannot be overstated. While he said he often felt marginalized by Hollywood, he graced the small screen with several fine performances. From this list, my favorite would have to be The Possessed, partially because he wears a lot of groovy turtlenecks but also because I thought he was really fun as the ex-priest out to put a little foot to Satan’s ass! The Cradle Will Fall is another film I find myself watching from time to time as well. Farentino was interesting because he had a very distinctive look but he could also easily slip into varied roles. He played everything from an ex-priest to rugged cop to a killer doctor to whatever else he decided to take on. That obviously worked into his success on various television series as well. Farentino is most noted for appearing in The Bold Ones: The Lawyers (1969 – 1972), Dynasty (he played Dr. Nick Toscanni from 1981 – 1982) and Blue Thunder (1984), which also starred a then-unknown Dana Carvey as a computer genius jokester. Farentino enjoyed working on Blue Thunder, which was a revamp of the film which had starred Roy Scheider. He said in an interview, “This is something new for me... I’ve watched enough TV to know there isn’t anything better, and it won’t get any better. It’s an entertainment medium and people want to enjoy it.” The show only ran for 11 episodes but the match up of Farentino, Carvey, Bubba Smith and Dick Butkus made for an unforgettable combo!

And I think that’s the perfect word to describe Farentino… unforgettable.

Rest in peace, James. You made the world a much more interesting place while you were here. 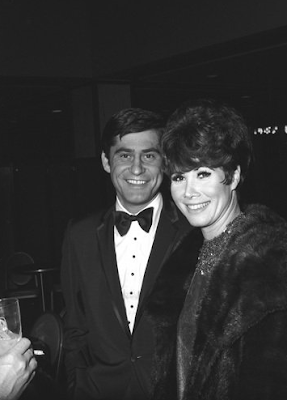 I totally had the hots for James Farentino when I was in high school. I saw the movie Me, Natalie (not a MfTV movie - co-starred Patty Duke) on a 3 inch Sony Watchman TV while I was in bed one night and totally dug him, even on that teensy little screen.

Oh man, I used to love those little TVs. What a great way to sneak in the Late Show behind your parent's back! And if a tiny version of a man makes your heart go pitter patter, than yes, he's hot.

I think the first thing I saw Farentino and took notice was in The Cradle Will Fall, which also starred Ben Murphy and Lauren Hutton. It just got released on a DVD boxset with some other Mary Higgins' Clark adaptations.

a great actor and leading man

Well, the latest is Farentino died due to a broken hip, not heart failure, as has been previously reported.

I've seen him more often through a lot of episodic TV, ranging from Night Gallery to Police Story, even Celebrity Bowling! He was very good, though his achievements got obscured in his later years due to a series of skirmishes with the law.

I hope to see more of his TV and movie work in the future. Maybe Cool Million or The Bold Ones will get the DVD treatment someday, too.

I just wanted to say to everyone, thanks for commenting! I have been itching to watch Blue Thunder (which we just bought recently). I haven't seen Cool Million yet, it definitely needs a DVD release!