The Wolf-boy Subgenre on TV... It exists!

Is it a forgotten piece of television history that feral children were all the rage in the 1970s? The tele-film Stalk the Wild Child aired in 1976 and was followed by the short-lived series Lucan in 1977. Both featured boys who were raised alone in the wilds of the forests, with nothing but their wits and a few scary dogs to keep them company. While Stalk delves into the psychological underpinnings of this horrific situation, Lucan just sort of makes the kid grow up to be all cute and good-natured (when he isn’t kicking ass). OK, so both of them grew up to be cute. Cutie pie feral men. Wow. Now that’s a sub-genre. 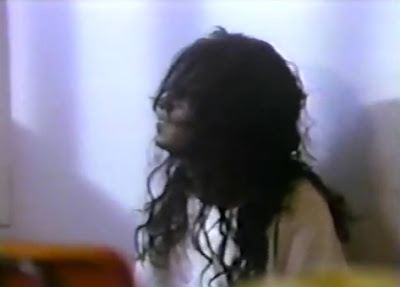 There have been plenty of legends throughout the centuries, but Francois Truffaut’s film Wild Child may have been the biggest influence on Stalk the Wild Child. Ben and Joseph Bottoms play Cal, a kid who is somehow left to his own devices in the forest. Dr. Hazard (David Janssen), a behavioral psychologist “adopts” Cal and hires a beautiful speech therapist named Maggie (Trish Van Devere) to teach him how to speak. For the most part, it would seem Cal is in good hands… until he grows up. He attends the premiere of Dr. Hazard’s film, which posits Cal as gawky, scary and idiotic star. Cal feels completely exploited by the doctor and seeks solace with a con artist publisher who plans to manipulate Cal in a whole new way. This leads the wolf boy to question what it really means to be civilized. 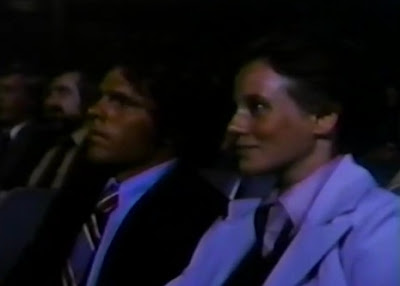 Joseph Bottoms, who plays the older version of Cal, brings a sympathetic touch to the young boy who people can’t stop taking advantage of. The frustrating ending rests on Cal’s redemption instead of exposing the “civilized” adults as the culprits. They, in fact, remain in his life in a positive way. Will Cal ever learn? 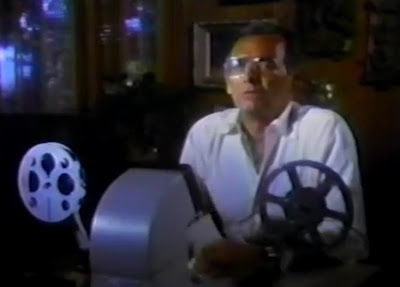 Stalk the Wild Child is an awfully catchy title, and it was the third one producers came up with, opting out of using either Feral or Running Free (which was dumped because it sounded too much like Born Free), and the film was a runaway success upon it’s initial release, landing in the top spot of that week’s Neilsen’s with over 14 million viewers. Aside from the connection to Truffaut’s Wild Child, Stalk may have made a nod to the Indian Wolf Boy, Dina Sanichar, who lived in the 1800s. Like Cal, he was found by hunters and repositioned back into society. Unlike Cal, Dina never was able to speak. I know this tele-film skates on the thin ice of TV movie reality, but I prefer the idealistic end in comparison. Hey, that’s how I roll. 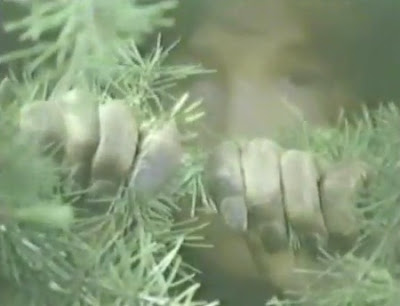 Lucan debuted less than a year later in 1977. It wasn’t as interested in probing the psyche of a young boy reared by a pack of wolves, concentrating instead on Lucan’s kindly disposition and ability to make his eyes glow before he kicks ass. Lucan is far more reminiscent of The Incredible Hulk, as he goes in search for his birth parents. What he ends up finding instead are some mixed up people that he can help through his folksy ways. Or something like that. 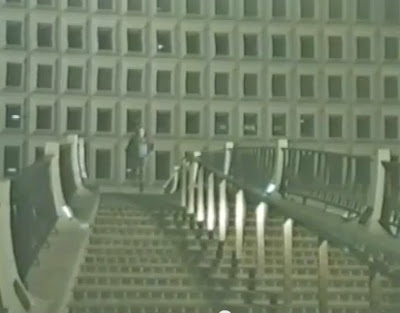 Initially, a kindly college professor, who turns out for once to actually be kindly, adopts Lucan. As a young adult, the wolf-boy attends the college his father works at. The school is hesitant to let Lucan continue his education there, despite the fact that he had developed into smart young man and is a decent case study who brings some notoriety to the college. One academic monkey even insinuates that Lucan might use his beastly powers to overcome some of the co-eds so he can make little feral babies. Lucan loses his protection when a car hits his adopted father, and he escapes his life as an experiment and hits the road, looking for work, his family and insights into the world. He works in opposition to Cal in the respect that Lucan is allowed to tap into his primordial resources in an effort to teach lessons to the various people he meets. It’s a far sweeter tale and the pilot features the irrepressible Stockard Channing as Lucan’s first friend. 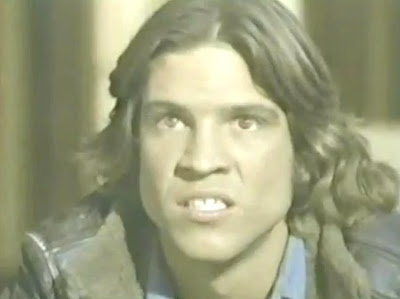 The most common aspect that both Lucan and Stalk share, aside from being feral children, is that each adopted parent films the rearing of their children. In Stalk, it is done to further the career of the so-called kindly doctor, whereas we see the father in Lucan act like a father. In fact, when Lucan watches the movie, he is not ashamed. Poor Cal. That kid cannot catch a break! Otherwise, these movies are very different, with Lucan taking on a much lighter tone. Honestly, I am grateful for that! However, in both films, viewers only have to endure and accept the very basic of scenarios, as both of these browbeaten, weatherworn kids go from dirty little dog-boys to hunky geniuses! This, my friends, is why I love TV. 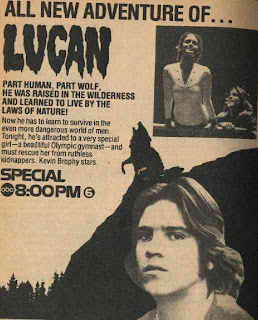 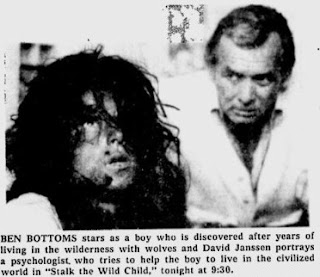 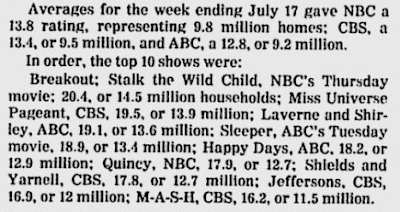 When ratings meant something!

(Lucan ad courtesy of The Classic TV Archive)
Posted by Amanda By Night at 9:57 AM

nice to see someone also digs 70s tv movies. How do you find them to watch if they are not on dvd? For example I would like ot watch Smashup on Interstate 5 but all I can find is a very fuzzy copy on youtube. Thanks

Thanks for stopping by Crazy Horse, glad you like the blog.

Try iOffer, they have a lot of good stuff... There's no surefire way to find a lot of these movies, so google search is also invaluable, but I think iOffer will probably be your best bet.

I remember STALK THE WILD CHILD well! Great site (hey, any blog with a photo from GARGOYLES is awesome in my book). Have you thought about joining the Classic TV Blog Association? You can check out details at http://classic-tv-blog-assoc.blogspot.com.

Thanks for stopping by! I bookmarked your site and will probably be dropping you a line this weekend. Thanks so much.

I liked "Lucan" the TV movie, but "Lucan" the series went for something a lot less sensitive and thoughtful, with our hero eventually going on the run for - all together now - a crime he didn't commit, and trying to find his parents while a detective trailed him.

I was just thinking about you. I felt like I had not seen you around in awhile. Thanks for stopping by, you always have some good info.

I read that Lucan was like The Incredible Hulk but certainly did not see that in the pilot. Interesting. I would like to see those episodes just to compare. I'm a nerd that way!

Hey Amanda, I'm catching up on my blog reading and came across this. Wow! Cool. I never shared the Lucan website I made!

Also, Lucan is now available to watch on streaming for the Warner Archives, but it's of course a hook to get you to join their 9.99 plan. I never got to see all the episodes. So I want to do the 2 week trial just to watch them. lol.