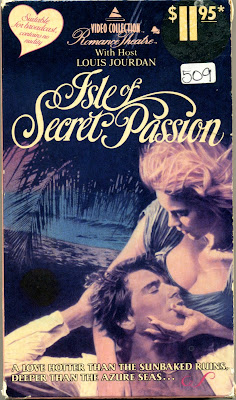 I started to write an article about Romance Theatre and found that I kept adding and adding information until I finally had written about RT, Harlequin adaptations and the Shades of Love series. I decided to break my article up into two smaller bite sized pieces, with some recommendations at the end of each post. Enjoy!

It was the early 80s and everything was pastel-ish and perfect. Soft wavy hair fell down the slim, brown shoulders of young, nubile actresses as they kissed their leading men, who were often rippling muscles underneath tanned flesh. It was a great time for love, wasn’t it?

Well, on TV for sure.

In my real life, I was about 10 and obsessed with the Hello Kitty stickers that I collected from Rainbow Station. It was the only thing that I wanted to be near when I was that age. But I became an adult and quickly realized that I had grown up too late. I missed those ruggedly handsome men of yesteryear. My only recourse was to seek out made for TV romances. OK, maybe that wasn’t my only option, but short of building a time machine, I felt limited. 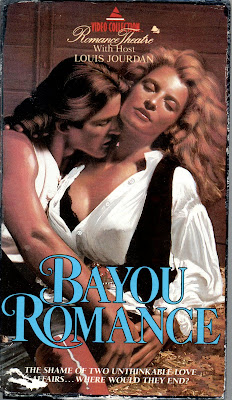 For whatever reason, I have never been particularly impressed with theatrical love stories, yet, I find the small screen romance offerings beckoning me. Honestly, I’m not sure what the difference is, but that’s how the world revolves for me. Maybe it's those addictive Danielle Steel adaptations where cupid first struck me with his bow and arrow (thank you, Lifetime). Who knows? All I can say now is that I love, love, love TV love.

When I was a kid, I remembered a syndicated series that featured week-long novella-type stories. I watched a couple of them over summer break and then quickly forgot about them. Flash forward to 2005 and I’m in a video store in the middle of nowhere. They are blowing out their vhs collection and I stumble across something called Isle of Secret Passion. Hey, for $4.95 I figured I couldn’t lose. When I searched for it on IMDb, I came up with nuthin’ and began to feel like I had a very rare item in my possession. The three actors listed, Patch MacKenzie, Michael MacRae and Zorah Lampert were all known to me because of their work in horror movies (Graduation Day, Madhouse and Let’s Scare Jessica to Death respectively). I was excited. I popped it on and instantly, Louis Jordan and his beautiful accent flooded my airwaves. He spoke only of love, and I listened. And I remembered the Romance Theatre from my youth. It was a wonderful moment. I was reborn. OK, maybe not reborn, but the whole thing was awesome, trust me. 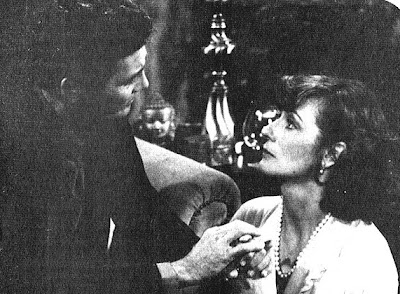 As luck would have it, the vhs box had a list of titles for other Romance Theatre episodes, and my journey began. When the series originally appeared on the home video market, it caused a couple of modest waves. The show might have been edited down to fit into an approximate 100 minute running time, but with ads, the 5-episode anthologies probably ran that exact length. However, I believe Jourdan was definitely edited down because I have a memory that he appeared in every episode, but he’s only featured at the beginning of the tape here. This is disappointing because I could hear him speak of nothing but love all day! Swoon, right? Right.

These newly converted episodes were shot on video romance movies that captured the essence of love in the afternoon. They were melodramatic and slightly over the top, and boy were they focused on love! There were no side conversations about Reganomics or the housing market or anything. They were wonderful.

The movies often featured early performances from actresses who were just around the corner from success. Case in point, The Awakening of Cassie starred an adorable P.J. Soles, and Bayou Romance featured a super cute Annie Potts! Oh, and hey, is that Deborah Forman I see in Love in the Present Tense? Yup. 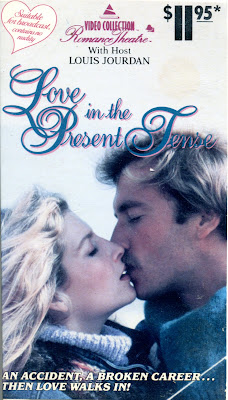 In an interview about Romance Theatre, Louis Jourdan commented, “Here we see glamorous men and women caught in seemingly hopeless romantic situations. The characters are often slaves to their passions, saying and doing foolish things. This is not high tragedy or great art -- none of these tapes has any redeeming social value. What they do offer is fun and entertainment -- and the suggestion that they are probably closer to real life than most of us would care to admit. How many times have you said of your own love life, ‘I can’t believe this; it’s just like a soap opera?’” 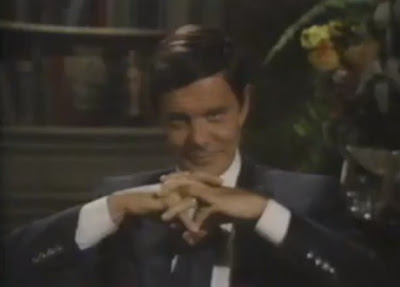 This is Jourdan rocking (oh, and speaking only of love)

Prism Entertainment released the movies and they were considered the wild card of the new home video industry. A 1986 article about the new VHS business model reported that the series originally released six titles and sold over 100,000 copies! Six more titles followed afterwards. 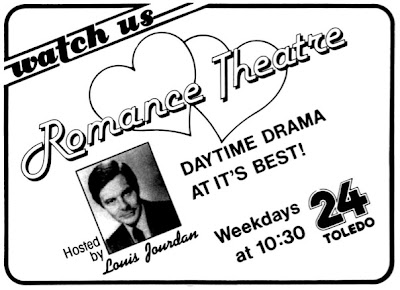 If you think you are in the mood for love and own a decent VCR, may I recommend the following for your rainy Sunday afternoon pleasure?

Love at the Top: This entry in the Romance Theatre collection is somewhat interesting because, unlike Bayou Romance, Love in the Present Tense and a few others, it does not feature an actress who went to become famous. However the wonderful Janice Page is featured as the owner of a lingerie business who needs a smart woman to help get her line cracking. Glynnis Kidwell (such a romance novel name!) must decide between business and pleasure when she becomes friendly with Kyle Durant, who is up for the same position as her. Get it? Position… I have to admit, Kyle may start off unlikable, but I was rooting for him by the end of the film. He’s totally hot too. The lead actress is only OK, but overall, I think this Romance Theater episode is a lot of fun.

Lights, Camera, Action, Love: OK, this one also does not feature a leading lady who went on to stardom, but it hits all the right romance notes, and the casting of the gorgeous Gary Hudson as one of sexy suitors left me sighing all the way to the end. 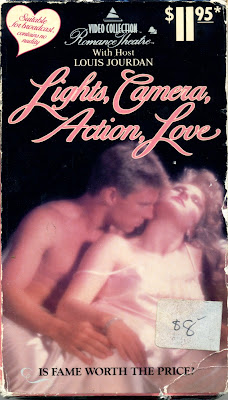 I'm a dude, but I secretly like a good, sweet budding-love story. It's the same reason why I love horror films; the vicarious experience of the situation, either scary or romantic.

Amanda, I just vaguely remember this series and thus can't tell you how much I enjoyed your post! As many a college male, I had a crush on P.J. Soles around that time. I just looked her up and was surprised to see she is still acting; she deserved a better career. As for this show's host, you couldn't do better than Monsieur Jourdan.

Hi Trevor, I think you and I might be kindred spirits, as I'm a big horror and romance junkie as well. You are right, it's the experience these films offer!

Rick, I think you might enjoy the P.J. Soles episode. She's cute. It's corny and totally early 80s shot on video romance, but it's fun. Also Richard Deacon is in it! C'mon! :)

Thanks guys for stopping by! Much appreciated!

Hey there! I was wondering if you had any information on one of the Romance Theater installments called "To Love Again" starring John McCook from Bold & the Beautiful. I'm trying to find his screen work where I can and I saw this post come up in Google searches for Romance Theater. There's no information on the IMDb page for it and as far as I've looked it doesn't appear to be on Youtube. Are you able to help out with some more info? Anything would be greatly appreciated. Thanks!

I am so sorry. I am not familiar with the episode of Romance Theatre you mentioned. I did some poking around and did not see it coming up anywhere, except for the useless IMDb page you mentioned. Try checking out Sell.com or iOffer periodically. They often have rare television transferred to DVD.

A lot of other Romance Theatres are available on VHS, and I'm surprised that one with McCook didn't get a legit release.

I was in one of these episodes: A Fragile Affair. I worked with Mako. I played a mugger who comes in and roughs up Mako's shop and pushes him around. There was one other kid in it with me. I taped it off television when it aired but have long since lost that VHS tape. I have been looking for a tape of this forever but can never find the episode I was in. It was shot in 1982 at Occidental Studios in Los Angeles. I only had a few lines, but it was fun to work on. If you ever find a tape of A FRAGILE AFFAIR, please contact me. Many thanks!