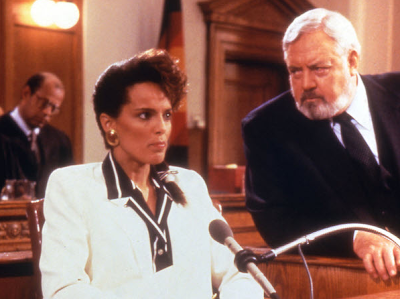 Me-TV listed the first made for TV movie they'll be airing on their Made for TV Movie Friday! Looks like Perry Mason goes to bat for my favorite channel on September 6th at 8 PM with the 1989 flick The Case of the All Star Assassin.

Here's the plot, according Movies Made for Television:

"Perry takes on the defense of an injured pro-hockey star (Jason Beghe) who is accused of murdering an arrogant sports mogul." 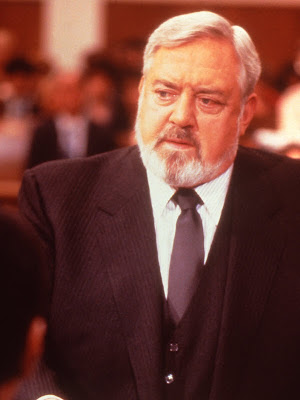 It's got a wonderful and oh-so-80s cast, including Alexandra Paul, William R. Moses, Diedre Hall, Pernell Roberts and Shari Belafonte among others. And, Barbara Hale reprises her role as Della Street.

I'll be honest, I don't think I've ever seen a Perry Mason movie, so I'm really looking forward to catching this film, which seems to have decent reviews.

OK, so here's what's going on: I'm on the East Coast feed and I'd like to do a live tweet screening. I'm not expecting a gazillion people to show up, but if one or two of you are even remotely interested, I think this would be a fantastically interactive way to share our love of the small screen. I've posted a poll on the right sidebar, please let me know if you'd like to join in the fun on September 6th at 8 PM EST. We can make up hashtags and stuff!

Oh yeah, and you can find me on twitter at @madefortvmayhem. Add me and I'll follow you back. Hope to see you hanging out in the twitterverse for the Friday Night Made for TV Movie!
Posted by Amanda By Night at 3:00 PM