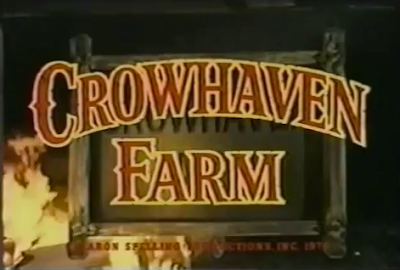 The 1970s were all about duking it out with the devil.

We saw it on the big screen with films like The Exorcist and The Omen, making it inevitable that this battle would find its way onto the small screen. The big films often offered extremely nuanced responses to a cultural anxiety towards the unknown as wars raged and divorce rates rose. However, even if the the small screen offerings had any political undertones, they tended to seem more interested in grabbing viewers with salacious titles, familiar actors and a less visceral visual reaction to their theatrical counterparts. Movies like The Devil’s Daughter, Satan’s School for Girls and The Possessed wanted to give us the ultimate battle of good vs. evil, and sometimes the bad guy even won. Crowhaven Farm substitutes the devil for a coven of witches, but it was probably one of the first to arrive during this bustle of supernatural small screen treats, and, while not my favorite flick, it’s still a lot of fun. 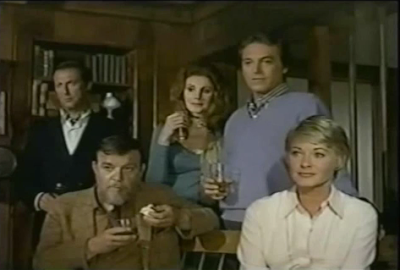 Maggie and Ben Porter (Hope Lange and Paul Burke) inherit Crowhaven Farm, which is an idyllic estate located in Massachusetts. Although Maggie has never seen the farm she is haunted by visions of a past with the house. Still, despite the weird feelings the place gives her, Crowhaven seems like the perfect place for the Porters to work out their marital issues which concern problems with conceiving a child. A young orphan named Jennifer (Cindy Eilbacher) appears soon after and it would seem the Porters are on their way to becoming parents... Only Jennifer really just wants to be Daddy’s little girl – if you know what I mean (yikes). Maggie is finally able to become pregnant but by the time she figures out what is happening, it may be too late to save herself, her husband or her baby. 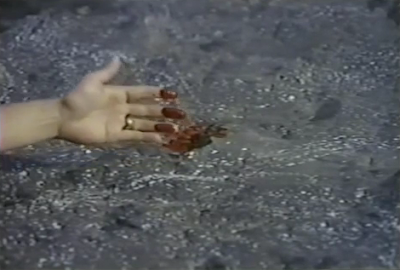 Confession: I am always mixing up Crowhaven Farm with Dark Secret of Harvest Home, because it's been years since I'd seen either film and, don't quote me, but I remember that they had similar stories (and please, really don't quote me because the more I read about Harvest the more it looks like it's not all that similar to Crowhaven! I'm disappointed in myself for not remembering either movie better). So, I decided it was time to sit down and give them both a spin. Despite that being the best plan ever, I've only gotten to Crowhaven Farm. Well, not that unfortunate, because it's quite enjoyable. 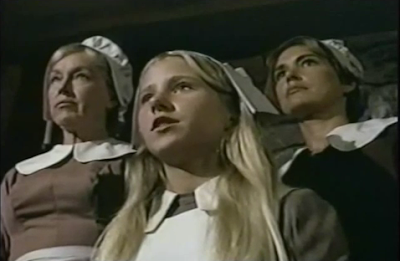 Crowhaven Farm is a small screen classic, fondly remembered by pretty much anyone who caught it during its original run. All these years later, and the film still holds water, even to relative newbies like myself, thanks to the outstanding cast (I think we all know I loves me a little Lloyd Bochner now and again). And props to the young, wide-eyed Cindy Eilbacher for putting in a particularly disturbed performance as the creepy little girl. While Ben might be oblivious to Jennifer's lusty stares, the audience is given a front row seat to every unpleasant and sinister glance she throws at him. **shivers** 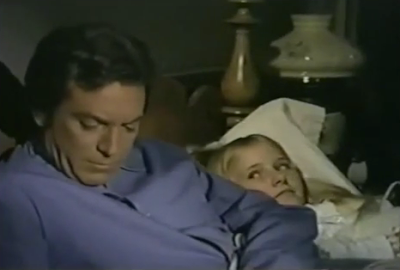 The film unfolds nicely, if also predictably, because some of the foreshadowing hits you over the head with a frickin' mallet. An aside: It’s so funny how TV movies can be such an intimate experience (coming straight into your living room), but the films often take the more obvious approach to storytelling. I have no complaints though because the warm tones, eerie atmosphere, and unnerving Jennifer make Crowhaven Farm both comforting in its familiarity and also deliciously haunting despite dropping some large hints to the audience.

Crowhaven Farm is on DVD! Got get it! Now! 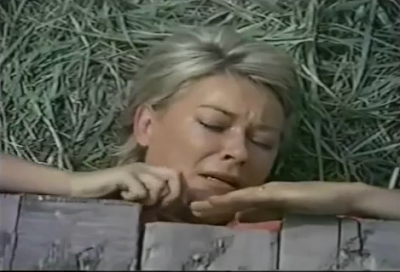 You're right, CROWHAVEN FARM has a nice eerie atmosphere and a prevailing sense of menace. Hope Lange makes a fine heroine. I won't give away the fiery ending, but it has stuck with me since I saw the film during its original broadcast,