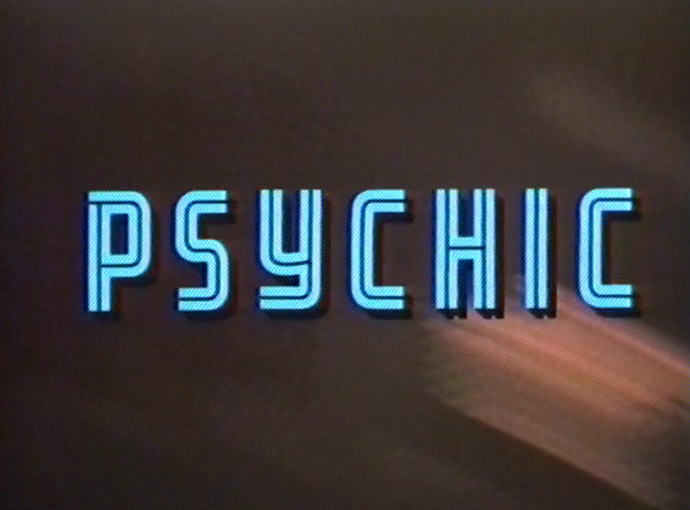 
People Magazine compared The Psychic to Zapped, if that telekinetic comedy was mashed up with, ummm, a serial killer flick. Well, The Pyschic isn’t really like that, but points for referencing one of my favorite Scott Baio flicks (not to mention Robert Mandan)! They also did not care for the ending of the film, and that is what I remembered most about this USA Network thriller, which I watched when it originally aired on May 20th, 1992. Well, I also remember not really enjoying much about the film, which is why I chose it as one of the USA originals I’d like to write about. And wouldn’t you know it, time has been very kind to The Psychic. 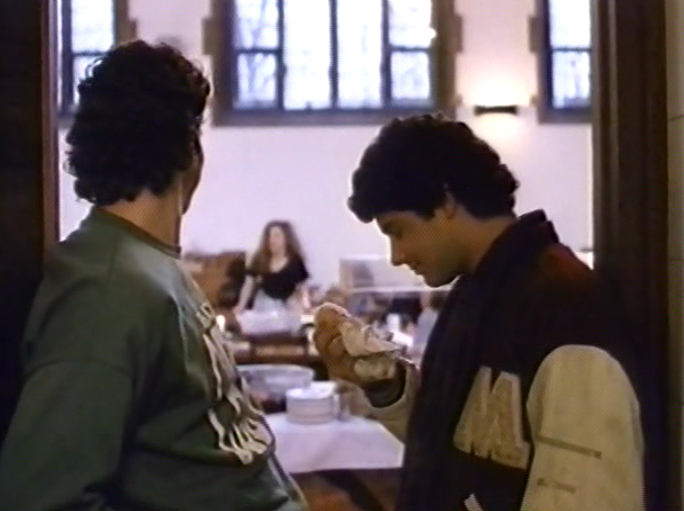 Zack Galligan is Patrick, a handsome college student who is cursed with a third eye. For the most part, he uses his psychic abilities to know what to say to women, or to help his friend Nick (Albert Schultz) know what to say to women. Unfortunately, he has also tuned into a sadistic killer who is murdering some of the female students. Even worse, he can identify the killer, but no one believes him, and worse yet, the police suspect him. And even worse than that, the killer is dating a girl he’s really into. Wow, college just got tough and stuff. 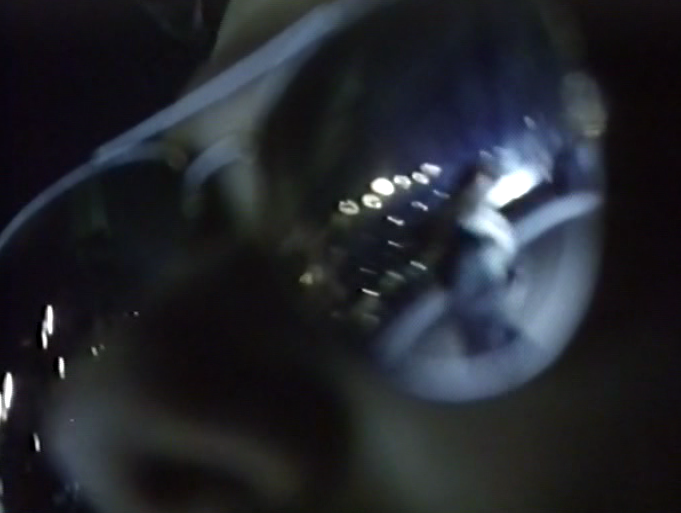 In some ways, The Psychic reminds me just a touch of another USA movie titled Murder by Night. Both films have small casts, and both are fairly easy to figure out. The Psychic is particularly straightforward, but knowing who did it is not he point, because it’s less a mystery than a thriller, where the protagonist must learn to trust himself and his second sight if he’s going to help the police solve the crime. Also, both The Psychic and Murder were directed by Canadian filmmakers known for their horror output. Murder was directed by Paul Lynch (Prom Night) and The Psychic was helmed by George Mihalka, the man behind the great My Bloody Valentine. Mihalka also directed another interesting genre film titled The Blue Man (aka Eternal Evil, 1985), which shares a similar slick look and supernatural plot (and is currently streaming on Amazon Instant Video). Mihalka approaches the paranormal in very everyman ways, using normal people to guide the audience into far weirder territory. OK, OK, The Blue Man is a bit more opaque (and wonderfully 80s) but The Psychic doesn’t futz around with too much in the way of weird, which is an interesting approach and, thanks to Miguel Tejada-Flores and Paul Koval’s square-shooting script (based on a story by Mark McQuade Crawford and William Crawford), and Zach Galligan’s likable performance, This USA original is a thoroughly engaging ride. 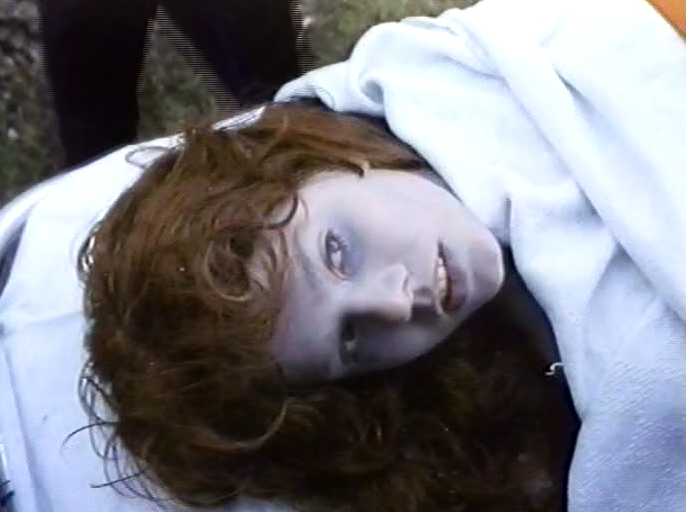 Galligan is aided by a couple of great performance by Catherine Mary Stewart (her character is obsessed with this huge and cozy looking sweater, and I want it!), and Michael Nouri who is his usual creepy but sexy self as the maybe-killer. Also, veteran actor/director/producer Clark Johnson is in fine form as the good cop. The gorgeous winter setting is supposed to take place in Boston, but only if Bean Town was located in Quebec or Ontario, Canada! The chilly weather certainly gave Catherine some heavy duty time with her sweater: 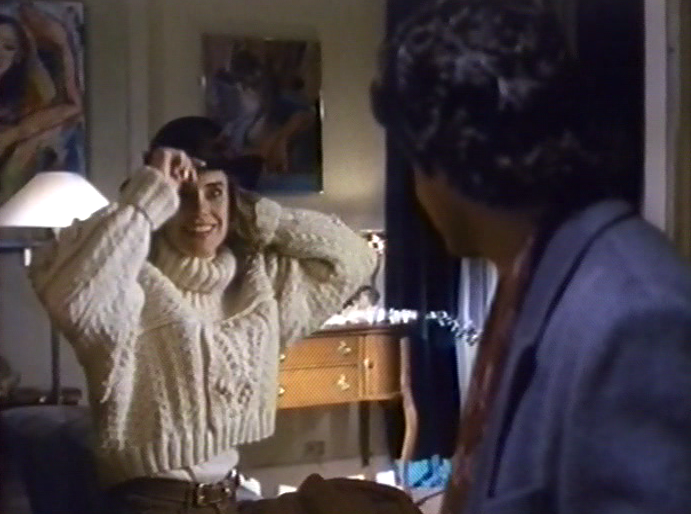 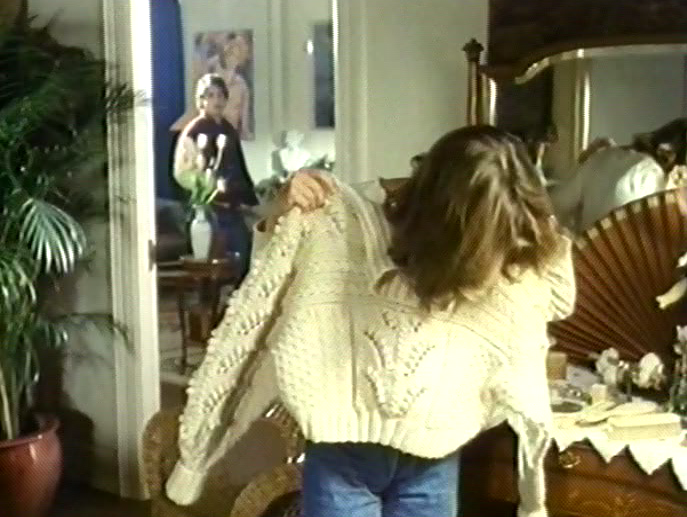 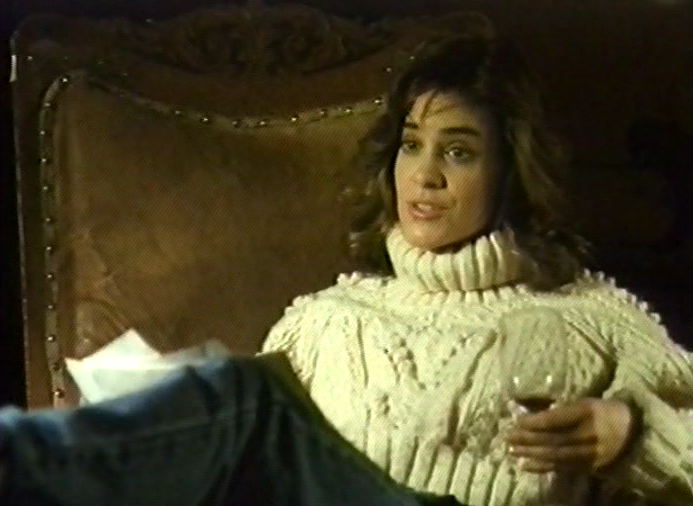 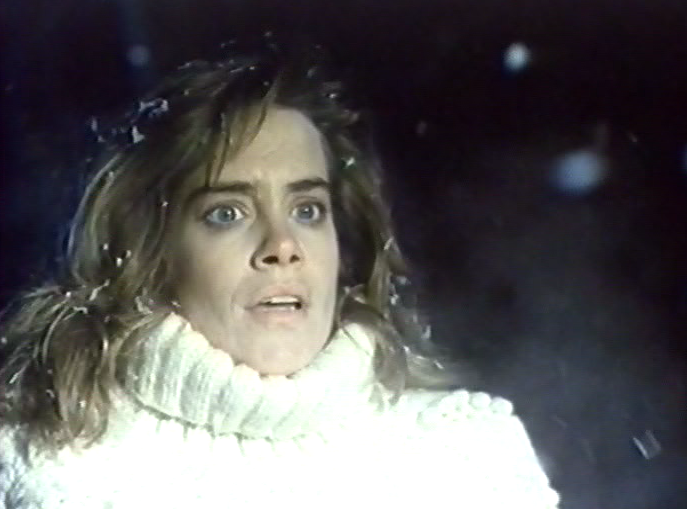 A bit more about the ending: I couldn't exactly recall what it was about the finale that irritated me, but upon this last rewatch I was transported back to 1992, throwing my hands up in the air and screaming, "That's it?" In short, the climax isn't much of anything. It just sort of happens, and rather quickly at that. It's unfortunate that this fairly well constructed thriller jumps past the final conflict the same way I jump past ABC since they cancelled One Life to Live. And that final feeling of frustration is what I carried with me when I thought about The Psychic (which was, admittedly, not often). I'm glad I gave it a second go, because I shouldn't hold the first 85 minutes to the last 5. 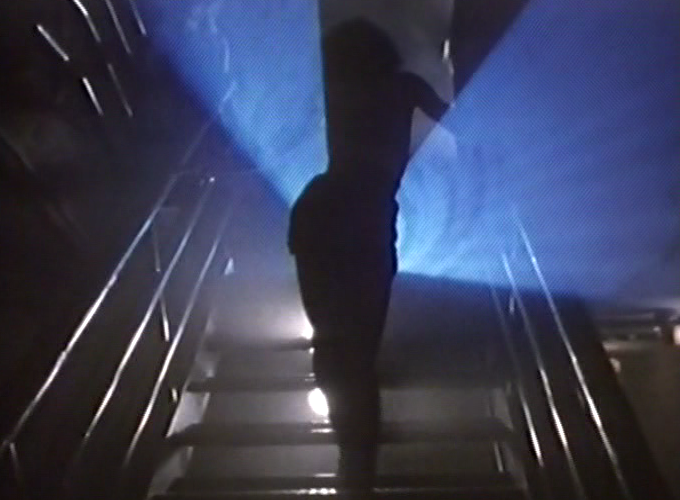 The Psychic has a bit of a muddled history. I am unsure if it was originally made for USA or if the network picked it as an independent production, but I can tell you my copy has a bit of nudity, which, as you can guess, surprised me when I rewatched it! The Psychic is available on VHS and is also streaming on Amazon (but not for free with Prime). It’s worth a glance. 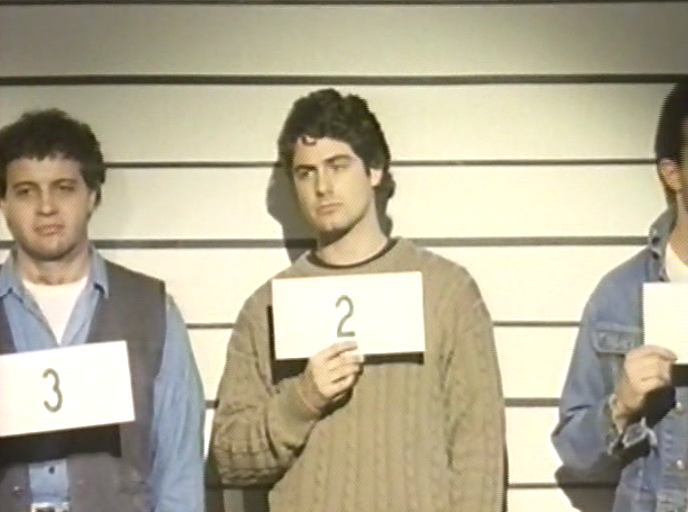 The fact you mentioned you like, Zapped made me smile. I only know a handful of people who even know the movie.
I saw an interesting tv movie called Third girl from the left starring Kim Novak. It's on Warner instant archive. If you have access to this service, check the movie out. I feel you will like it.

I've been wanting to see Third Girl on the Left and just haven't gotten around to it. I don't have Warner Archive streaming service, but thank you for reminding me of their it. I need to poke around over there!

It's always nice to know there are other Zapped fans out there!