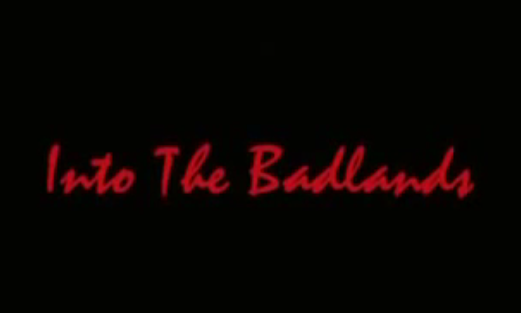 
As established in the previous entries of the USA World Premiere Movie Project, the cable network often looked back at the different small screen genre fare of the 1970s, and sometimes produced supernatural tales and thrillers that harkened back to the TV movie’s golden age. One sub-genre that never seemed to get proper attention was the Western, which littered the networks in the early days of the TVM. The rural purge of the early 70s basically eliminated cowboys and prairie tales although they’d raise their browbeaten heads every so often (I’m looking at you Gambler and The Last Days of Frank and Jesse James). It makes sense, in some sort of TV concept way, to consider mixing the high desert with the more popular horror subgenre. I mean, just for giggles. 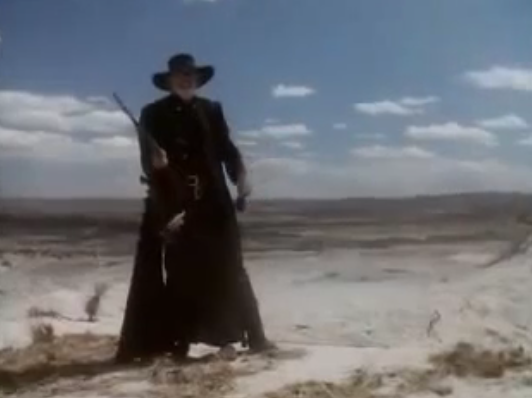 The year before Badlands was released the home video market tested this hybrid with Grim Prairie Tales, which was an OK movie, but also one that I remember coming in and out of the video store I worked at. I’m sure that’s not the only fusion of the Western and Horror genres, but it was the one that instantly came to mind while watching the atmospheric, but somewhat empty Into the Badlands. 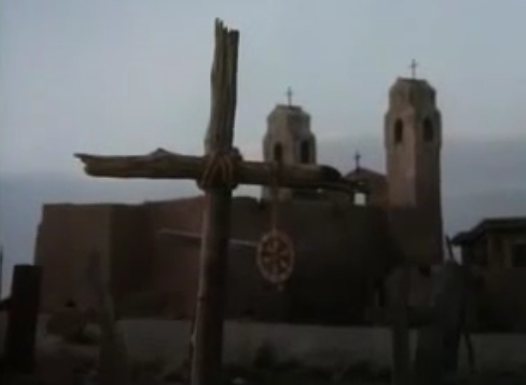 Bruce Dern is essentially Rod Serling, if Serling wore a cowboy hat and spoke with a slight Southern drawl. He is our narrator and also the protagonist of the final story in a trilogy of tales. Dern is T.L. Barston, a bounty hunter who is searching for Red Roundtree (Michael J. Metzger), a “half-breed” that has a $5,000 price on his head. A dream for any bounty hunter in the 1870s for sure, Barston sets off to find Roundtree and collect his fortune so he can leave the barren flatlands for greener pastures. 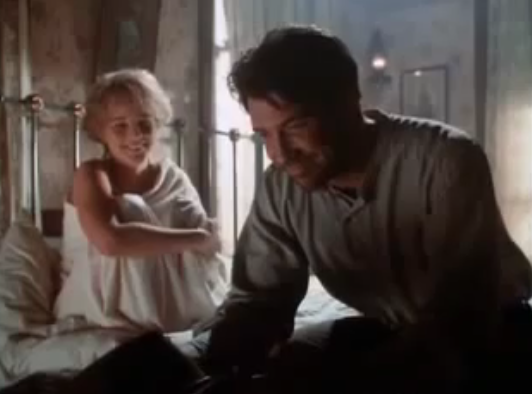 He first encounters a man named McComas (Dylan McDermott looking super foxy in his Western gear), a man with his own price on his head. He’s on the run and hoping to get to nice little town off of the frontier and near a beach when he meets Blossom the barmaid (Helen Hunt). She’s dying of consumption, but the two fall in love and decide to make a break for freedom together. Of course, you can’t fall in love in one of these kinds of anthologies and expect to get away with it. And I’ll leave it at that. 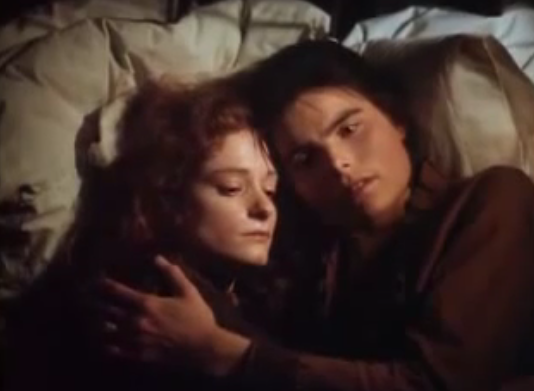 Barston then shows up at the Huesser’s place, and gives Alma (Muriel Hemingway looking very 1870s) the heebie-jeebies before he heads off into his own story. After he rides off into the sunset, Alma decides to visit an isolated neighbor named Sarah (Lisa Pelikan looking more hauntingly beautiful than ever), just as a storm arrives. Sarah is one of those hoity-toity East Coast people, who like to recite poetry and take themselves too seriously. But she’s also stricken with a fever, perhaps brought on by her lonliness and seething jealousy of Alma, whom she believes is having an affair with her husband. Sarah is sure there are wolves at the door, and it’s up to Alma to protect them both, but from what? 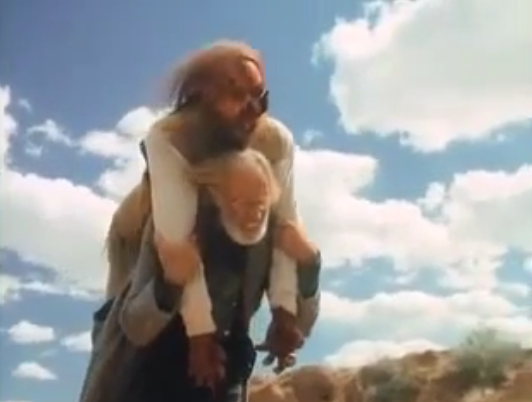 Finally, Barston meets up with Roundtree, and kills him. Arriving in town to have the body identified, he realizes that in exchange for the dead body, Barston may have to give up his own life. 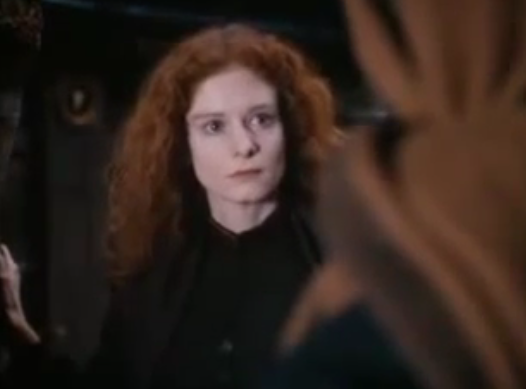 Into the Badlands makes absolutely no sense. Metaphors only go half way and stories end just when they should be beginning. But dammit, this film has atmosphere for days. Gorgeously shot by Johnny E. Jensen and directed with a strong sense of tension by Sam Pillsbury, I could not take my eyes off this little tele-film, which originally aired on July 24th, 1991. It is exquisitely surreal and manages to captivate despite the lack of a coherent story. 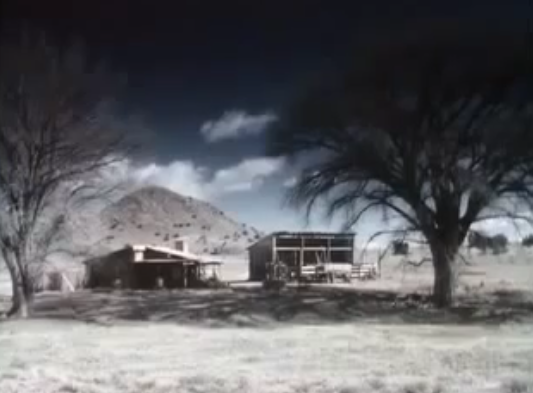 And maybe... just maybe... it’s not the story that’s important, because each tale is threaded together through the theme of isolation, and how it affects the characters. The protagonists are desperately trying to get away from the frontier (screw you, Manifest Destiny!), whether it be to a beach, the city or somewhere else, and these characters are driven mad by their solitude. The setting is authentically barren, both ugly and beautiful, and works as its own character. A dust devil waiting for your soul, if you will. So, despite the fact that I longed for more… more story, more explanation… I could not tear myself away from these Badlands. Recommended. And it's on DVD! 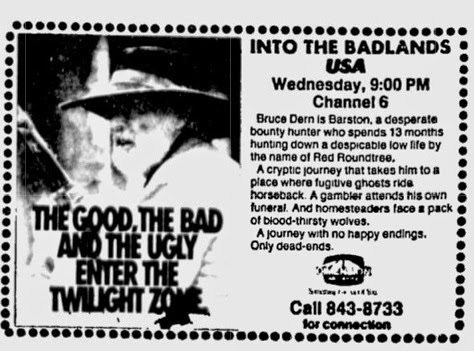