Small Screen Scream Queens of the 1970s: A Countdown (Part 3) 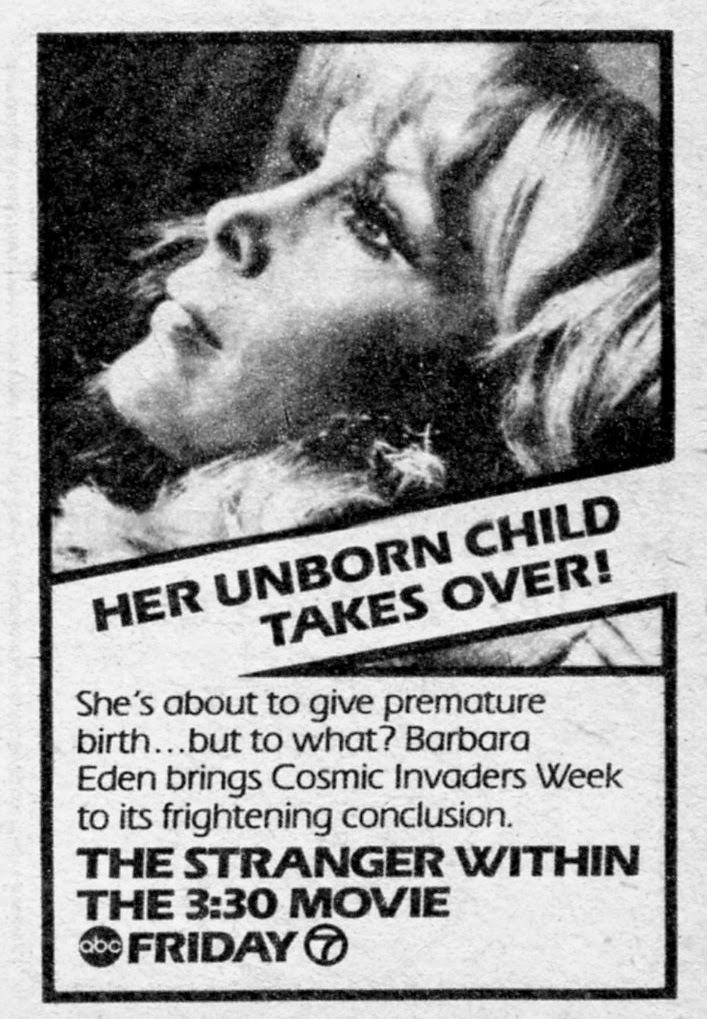 Welcome to part three of my love letter to the actresses who made small screen terrors so incredible. Click here for parts one and two of the countdown. 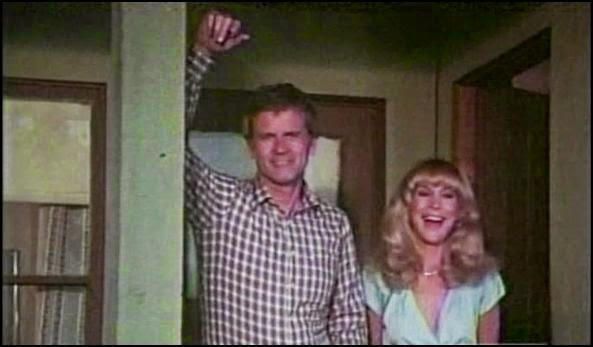 10. Barbara Eden (1934 - ) – A wickedly voluptuous actress, Barbara became famous as the jinn who would do any bidding her male master wanted her to. She was adorable as Jeannie but it was obvious there was more to her than just sex kitten appeal. In The Stranger Within Barbara puts in a strong, terrifying performance as a woman pregnant with… something. She also got to get dramatic again in the eerie Howling in the Woods (co-starring her Jeannie partner Larry Hagman) and she was good at it! A completely undervalued talent, Barbara’s television movie fare proved she was one blonde that you couldn’t make fun of. 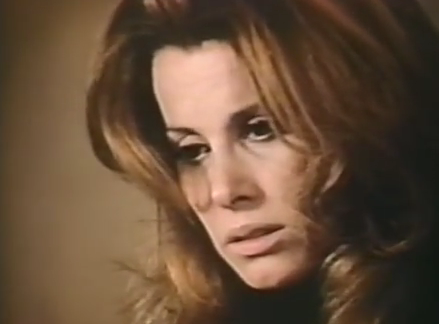 9. Stefanie Powers (1942 - ) – Bright and determined, Powers found fame well after the TV horror movie craze as Robert Wagner’s charming companion on Hart to Hart, although she had already began a love affair with the small screen a decade earlier. Starring in everything from the atmospheric chiller Sweet, Sweet Rachel to the timely thriller/drama A Death in Canaan, it was either her effortless charisma or her consistent portrayal of independent women that made Powers such an essential part of the TVM. One thing is for sure, she left behind an envious resume filled with all things scary. One of the most recognizable faces in the sub-genre, Powers never completely turned her back on us and can be see frequently in modern small screen thrillers (i.e. Lifetime, baby!). 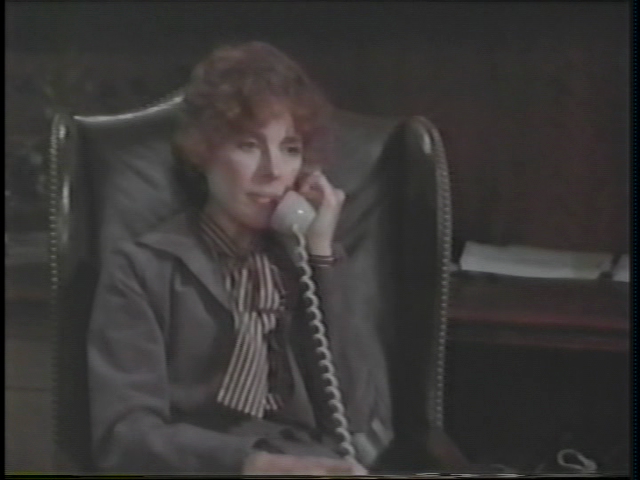 8. Joan Hackett (1934 – 1983) – Quirky and winsome, Hackett’s loopy charms have never been duplicated. Normally the weakling who wallowed in unrequited love, she didn’t always come out on top but she did her best to overcome the odds, usually meeting tragedy instead. Yet, the lanky actress held her audience in rapture with her peculiar line delivery. In Five Desperate Women she finds a dead pooch and declares “He was a good little doggy and he liked me,” only to be strangled to death shortly after. You kinda feel bad for the kooky kid who just wanted to be loved. Hackett became a staple in the world of TV horrors and since her untimely death in 1983 we have not been the same. 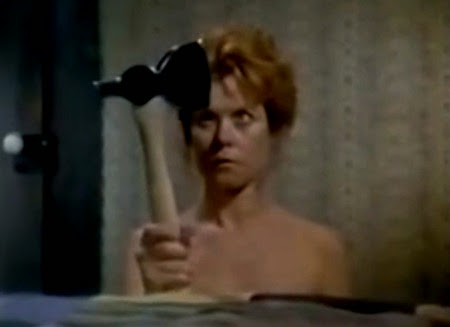 7. Elizabeth Montgomery (1933 – 1995) – This fair-haired lady made America fall in love with her as Samantha the good witch on Bewitched. But little did they know that underneath all that girl-next-door beauty was an actress waiting to display her chops on darker fare. Instead of fighting the evil, she was the evil (or was she?) in one of the most unforgettable TV Movies of the decade, The Legend of Lizzie Borden. Everyone remembers the poem “Lizzie Borden took an axe/ and gave her mother forty whacks/ when she thought that she was done/ she gave her father forty one.” And who could forget the image of Elizabeth’s naked silhouette doing some serious damage to her dysfunctional family. The case was never solved, but Montgomery proved herself an actress worthy of meatier material. And in a nice twist, instead of screaming, she was forcing us to scream! 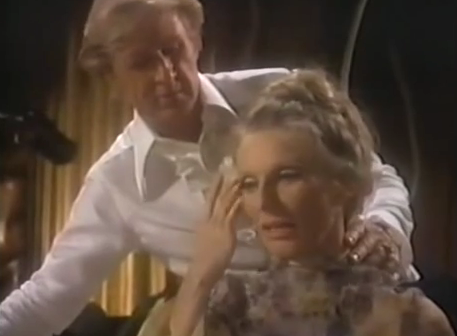 6. Cloris Leachman (1926 - ) – From Phyllis to Scream Queen, Leachman always seemed to take the road less traveled. Unusually attractive with a sense of style so grand you practically salivated over her wardrobe (the credits to Phyllis were simply to die for!). Leachman was more than a Diane Von Furstenberg ad, she continually played smart characters that developed strength through adversity. She showed the world her stuff in Dying Room Only and the small screen could barely contain her. She was the first to discover the dark secret of the Haunts of the Very Rich and she fought for the truth in Mrs. R’s Daughter, but it wasn’t until her strangely surreal performance in The Telly Savalas Variety Special that we realized this woman could conquer everything – including a really bad music number in the unaired special. 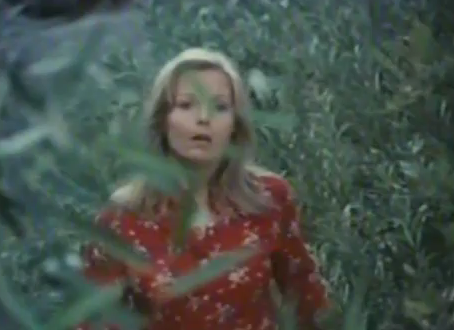 5. Carol Lynley (1972 - ) - Few women have ever come close to matching Carol’s other worldly beauty and even fewer actresses can boast such an impressive resume. Appearing in everything from Bunny Lake is Missing to The Poseidon Adventure, Carol’s talent was one you could count on. She possessed a childlike quality that kept her ethereal beauty earthbound, making her characters that much more vulnerable. She was a good match for the masculine charms of Darrin McGavin in the popular Night Stalker TVM and she kept the screams rolling in several dependable made for television thrillers. 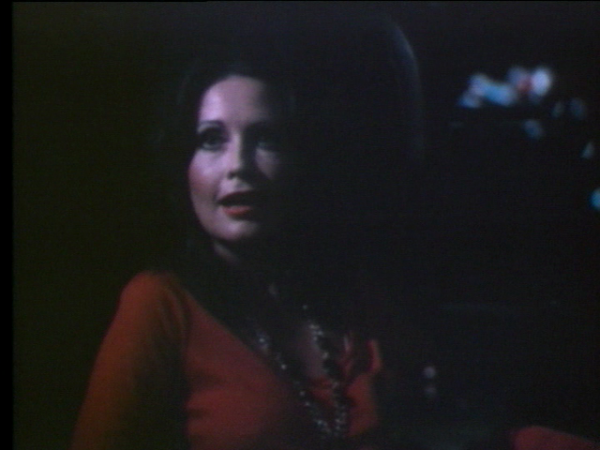 4. Anjanette Comer (1939 - ) – This regal lady made some interesting films, television and otherwise. She might best be known to horror fans as the social worker with her own agenda in the jaw dropping Ted Post classic The Baby. But she was in many television genre films including Five Desperate Women and Terror on the 40th Floor. Her waify, ultra-feminine exterior belied the storming strength inside, making her perfect as a put upon heroine. 3. Lynda Day George (1944 - ) – Gorgeous and voluptuous Lynda Day George was already a solid mainstay on television in the 60s as a character actress. She hit it big in the 70s playing Linda Casey on Mission Impossible and was nominated for an Emmy for her performance. But it was her work not only in television horror movies but also in big screen terror fare that marked her as one of the most beloved horror queens of the era. She was also married to the fantastically handsome Christopher George until his death in 1983, and starred in many so-bad-they’re-good flicks beside him (Pieces anyone?). In the mid to late 80s she sporadically showed up on TV here and there before she retired but, her work in horror had already solidified her as a genuine Scream Queen. 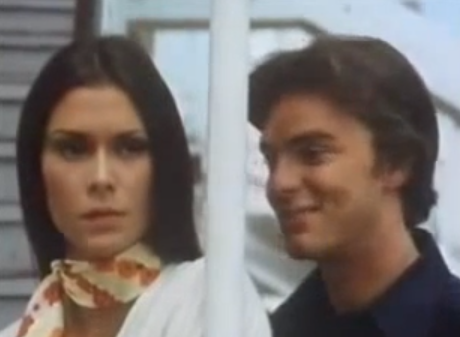 2. Kate Jackson (1948 - ) – While most fans will remember Jackson best for her portrayal as Sabrina the “smart angel” on Charlie’s Angels, fans of TVMs will think of her as more of a renaissance woman. Starring in everything from Satan’s School for Girls to Death at Love House, she may well be the quintessential Small Screen Scream Queen. In fact, her film choices during the decade have since gone on to become a blueprint for actresses everywhere. Strong willed and smart as a whip, Jackson proved you could be as pretty as you were confident. Oh yeah, and she rocked the turtleneck! 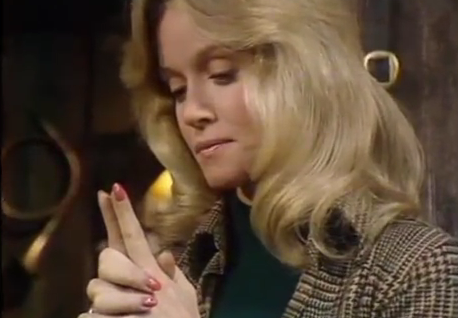 1. Donna Mills (1940 - ) – Mills became an icon to fans of prime-time soaps with her bitchy portrayal of Abby Cunningham Ewing on Knots Landing but she was already an actress with a list of credits as long as your arm. A prolific genre performer who even appeared in a couple of episodes of the criminally underrated British series, Thriller, she played everything from a newlywed in purgatory to a giant black widow and she did it with strength and charm. These days Mills appears mostly in the ‘women in peril’ subgenre and still brings that air of sophistication and phenomenal beauty that made us so fond of her in the first place.

Thanks for checking out my list! I wrote this around 2007 or 2008 and have added a few more names to this list of lovely ladies. Stay tuned for an update!

Hi Amanda, I always appreciate your well written and informative posts. Seeing some of these ladies names and faces brought back great memories of watching TV as a kid.

Thanks for checking out my countdown! Appreciated!

Another great set of posts...this is one thing about looking back at classic TV and that is the fact that there was a cottage industry of actresses, many of which covered here, who made careers out of being in made-for-TV movies and being guest stars on detective shows. Another memory confirmed!

I am so glad to see Kate Jaxkson on here! I am a huge fan of hers, and had always thought it strange that with how many horror films she had been in (albeit small ones), I had never seen anyone use the words Scream Queen to describe her. Thank you so much for this, I loved your article. Such beautiful women! This is why I love horror ;)

No love for Joanna Pettet?

No offense, Amanda, but you misspelled Lynda Day George's first name. It should be "Lynda" instead of "Linda." Also, Christopher George died in 1983, not 1984.

Thanks Christopher, I think I fixed everything. At least I got the Chris info right in the tribute post I did (and in my defense, the TV Guide ad for the Wide World Mystery movie I used also spells it Linda!): http://madefortvmayhem.blogspot.com/2008/11/christopher-george-1931-1983.html

God help I love all of these women dearly