Small Screen Scream Queens of the 1970: A Countdown (Part 2) 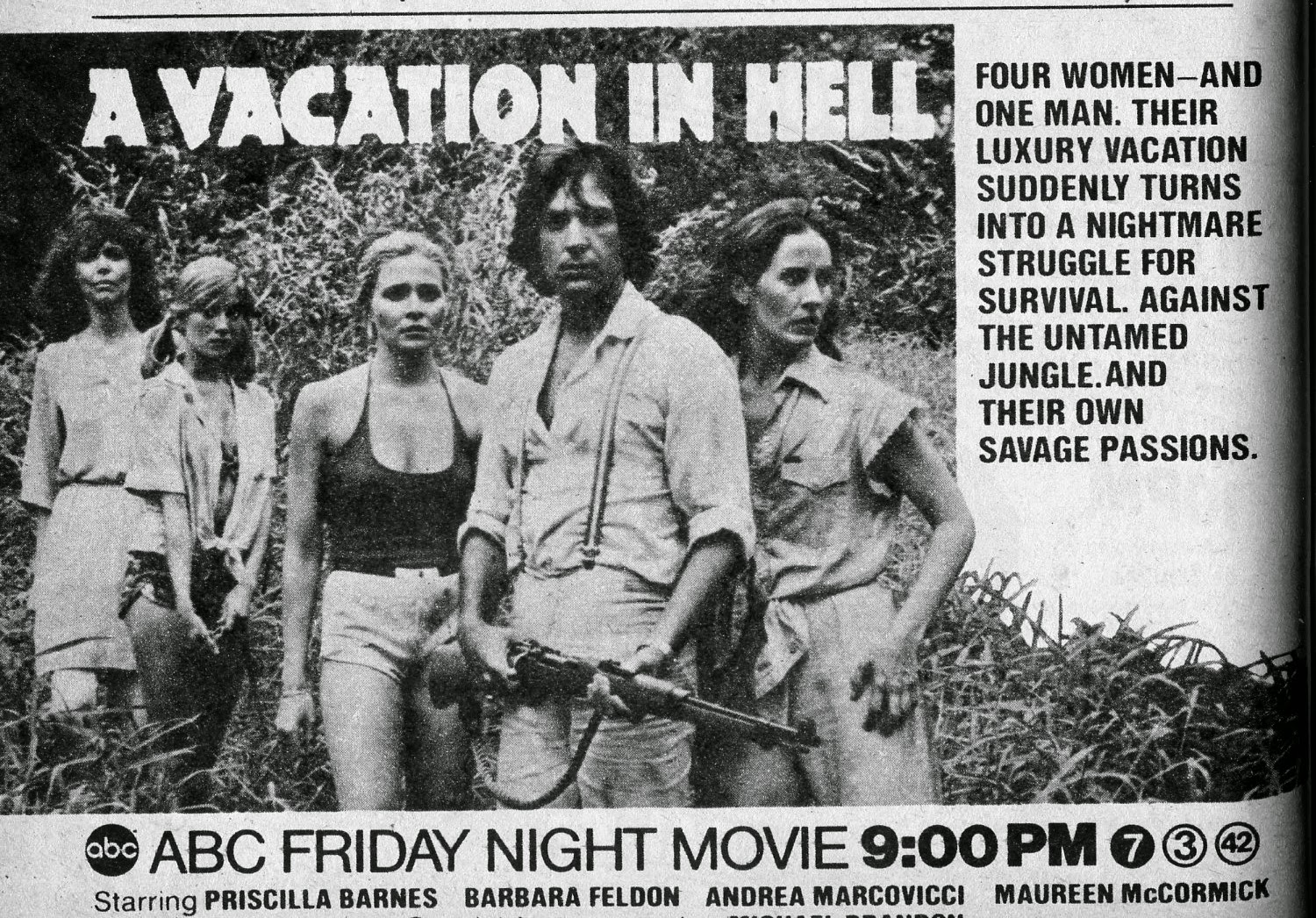 Welcome to part two of my love letter to the actresses who made small screen terrors so incredible. Click here for part one of the countdown.

Let's continue, shall we? 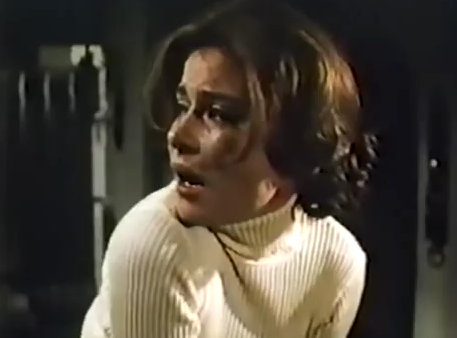 20. Diane Baker (1938 - ) - Diane’s unassuming beauty and outward confidence made her a favorite among fans of TV movies. And she left us a lot of films for us to drool over. This brunette starlet always added a little extra class to whatever production she was appearing in. And she was more than just easy on the eyes - It was during the 70s that she was also allowed to spread her wings a little in the world of filmmaking and she produced a couple of noteworthy films, including an ABC Weekend Special titled Portrait of Grandpa Doc! Wow, remember those? Diane is still working today and was most recently seen as Dr. House’s mom on, you guessed it, House! 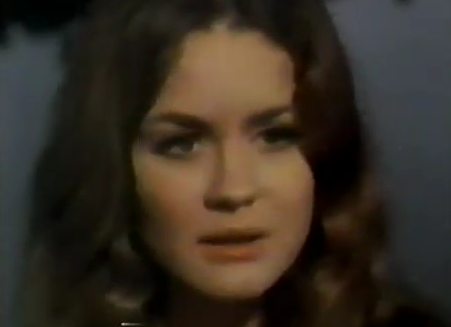 19. Belinda Montgomery (1950 - ) – Pretty Belinda Montgomery might be the most underrated actress on this list. Not a household name – not even close, Belinda was subtlety fabulous in most of her performances. She shined when she played mousey lost girls, but she could also kick ass as good as anyone else – when she had to. Case in point, Belinda took on Shelly Winters in the TVM classic The Devil’s Daughter. She might not have come out the winner, but she kept swinging until she was down for the count. That’s why we love her. 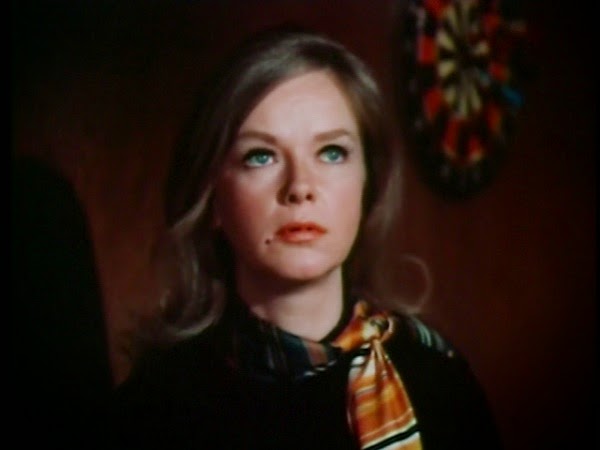 18. Anne Francis (1930 - 2011) – Beautiful Anne got her start in film in 1947 as the un-credited “bobby soxer” in This Time For Keeps but it wouldn’t take long for this voluptuous blonde to make name for herself. She burned up the small screen in 1965 when she was cast as Honey West in the short lived series. She bounced back and forth between television and theatricals and appeared in several fine small screen films through the 70s, including the excellent mob film Mongo’s Back in Town and Cry Panic with William Forsythe. It looks like television agreed with her and she mostly worked in that medium until her last appearance on Without a Trace in 2004. 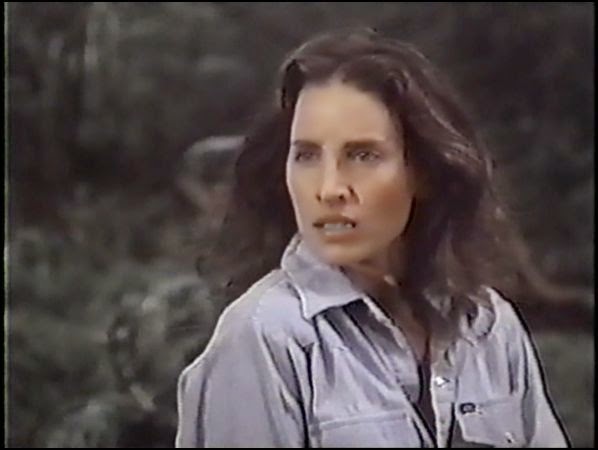 17. Andrea Marcovicci (1948 - ) – Multi-talented Marcovicci started her TV Movie life tackling the subject of assault in Cry Rape. She also starred in the pilot for Harry O as well as appearing in several other films and series. But it was her performance as Barbara in the over the top thriller A Vacation in Hell where she played a card carrying man-hater that sealed her fate as a Small Screen Scream Queen. Her chiseled beauty gave Barbara a vulnerability and sadness to the part. Now a singer, Andrea might have left the world of television but we have not forgotten her. 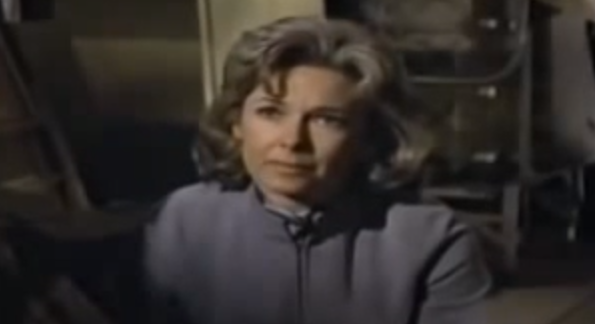 16. Vera Miles (1929 - ) – Those cheekbones! One of most subtlety commanding actresses on the list, she’s a bit like her onscreen sister in Psycho, Janet Leigh. Vera was consistently good in any role she took – big or small. Speaking of small, she gave many memorable performances on television, including the bitch from hell in the Columbo episode Lovely but Lethal. Ah, that kind of sums it up, Lovely but Lethal! 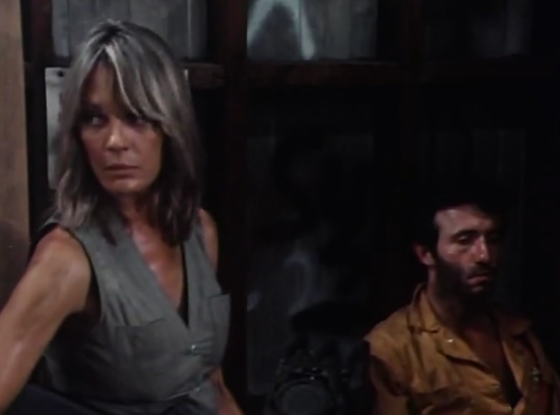 15. Sheree North (1932 – 2005) - Unbelievably sexy and strong, Sheree is easily one of my favorite actresses on this list. She was originally intended to be a replacement (or at least some stiff competition) for Marilyn Monroe when she first broke into pictures. Her career never took her to that level of stardom, but she settled nicely into the role of character actress. And that’s what set her apart - her character. She came across as brazen and confident and most importantly, she was memorable. From Lou Grant’s night club singing girlfriend to Blanche’s troubled sibling on the Golden Girls, Sheree was always the one you gravitated towards. She appeared in several made for television movies, making the small screen just that much more glamorous. 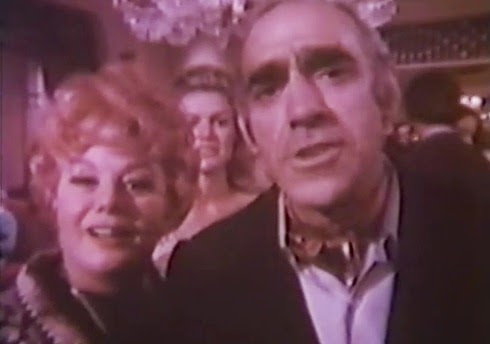 14. Shelly Winters (1920 -2006) – What list is complete without mentioning the amazing Shelly Winters? By the 70s she had swallowed so much scenery you could see the woodchips hanging out of her mouth! She was great fun to watch and could make or a break a film with just her mere presence. An A list actress that brought so much energy to just about everything she did that is made it impossible not get giddy just watching her have fun. Case in point, check out Shelly as the revenge bent housemother in The Initiation of Sarah. Going from dowdy to insane monster, she was like a Porsche revving from zero to sixty. But aside from her boisterous performances, Shelly could also draw the audience in with an unspoken compassion, which she did in the underrated and obscure thriller Revenge. Yeah, she was going to hack Bradford Dillman into tiny bits, but he had it coming, I tell ya! The world will not ever know another creature as divine as Ms. Winters. 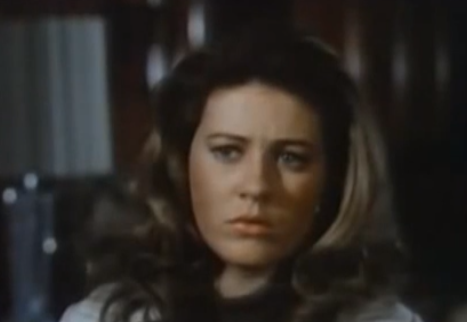 13. Patty Duke (1946 - ) – She may have come across all sweet and adorable as identical cousins on The Patty Duke Show, but this actress was up for far more serious fare. Just check her out as Neely O’Hara in Valley of the Dolls if you don’t believe me! Patty got to spread her wings a little bit more on the small screen. Her adorable girl-next-door looks often betrayed the storm that was brewing underneath. She got a chance to flex those dark powers in the muddled thriller She Waits, but with little effect. Luckily, it looked like she was just biding her time and finally got a bona fide chance to scare us with several television movies in the late 70s. She starred in the ponderous Look What Happened to Rosemary’s Baby as Rosemary. Not a bad part, only in this story, the son of Satan had gone on to become a, gulp, rock musician! I’m shaking now! Her film choices might not have been stellar, but Patty’s persistence at putting in a good performance enchanted horror fans forever! 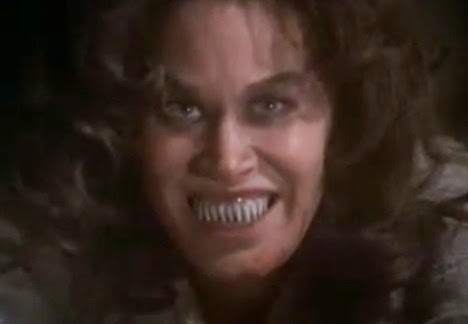 12. Karen Black (1939 - 2013) – Karen only made a couple of TV horror movies, but she broke the mold as Amelia, the bookish mommy’s girl who accidentally unleashes a deadly spirit lurking inside of a doll - a Zuni Fetish doll. Yeah, that’s right. You remember. You remember Trilogy of Terror well. One of the most famous segments in television history and one of my favorite childhood memories was seeing that little doll stab Karen’s toes! Karen might have gone on to play Mama Firefly in House of 1,000 Corpses but she had already sealed her Scream Queen status back in 1975! 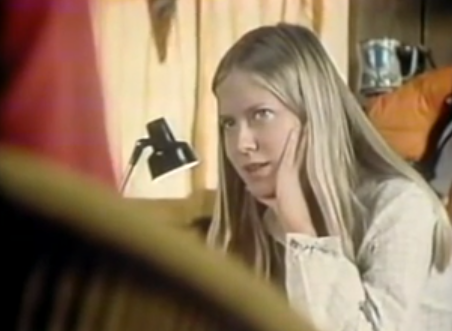 11. Eve Plumb (1958 - ) – Eve is best know as the whiny middle daughter to Mr. and Mrs. Brady on The Brady Bunch. However, as much as she longed to be “Marsha, Marsha, Marsha,” Eve got to take on some fairly interesting roles in her childhood and teens, which separated her from the rest of her TV clan. She started off awfully young in The House on Greenapple Road and then kept it up all the way to the infamous cult television movie Dawn: Portrait of a Runaway.

Don't forget to stop by on July 18th for the the Top Ten Small Screen Scream Queens post!
Posted by Amanda By Night at 9:41 AM

And Patty Duke was one I figured would make the top ten. Many thriller of the week TV Movies, and she was a frequent guest on anthology series (CIRCLE OF FEAR, SIXTH SENSE, NIGHT GALLERY). And while it missed the 70's by a hair, her 1980 TVM THE BABYSITTER was a clear forerunner to THE HAND THAT ROCKS THE CRADLE.

I had forgotten just how many of these Andrea Marcovicci starred in. I always think of her in THE FRONT first, one of my favorite films of the decade.

This list is admittedly fairly arbitrary. Looking at it now, I'm not sure why I put some people in certain spots. I also didn't include any episodic/anthology series stuff, and I'm sure that would have changed things.

And yeah, The Babysitter!

I honestly thought your guess was someone else (who is showing up tomorrow, but not at #1).

Thanks for stopping by and sharing your thoughts. I'll be interested in what you think of my top ten.

Hate to be the one to break the news ...

Karen Black passed away, either late last year or early this year (unfortunately I can't recall exactly when).

Thanks so much for stopping by and letting me know I forgot to add the year of Karen's passing. I did know Karen had died, but forgot to update it on here, so again, thanks.

Hi Amanda By Night!
Love your blog, FB and podcast! I'm glad to know that I am not alone in my TV Movie obsession. Sad to say, but Patty Duke has also passed away. She died this year in March. Thanks for all your time, knowledge and energy in keeping this beloved genre alive and appreciated.
Susan Q

Amanda, I'm really enjoying your lists and reviews. I forgot to make mention earlier that another enjoyable TV movie that Sheree North did was "The Cloning of Clifford Swimmer" from 1974. Sometimes FXM will play it on their late night programming along with other unusual TV movies from the 70s.
Susan Q