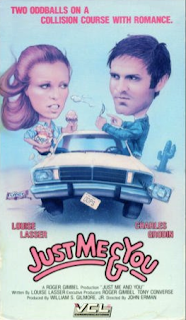 It never occurred to me that Louise Lasser and Charles Grodin might be two great tastes that taste great together, but then I stumbled across the promo for the NBC tele-film Just Me and You. This quirky comedy which originally aired on May 22nd, 1978 appears to be a bit of a Planes, Trains and Automobiles precursor. According to Arvin H. Marill's Movies Made for Television, the film is a "comedy-drama about a slightly daffy New Yorker with a compulsion to talk who shares a cross-country drive with a down-to-earth salesman." 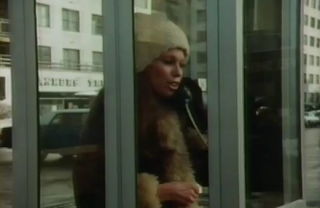 I will admit that I have not dipped my toes too deeply into the world of Mary Hartman, Mary Hartman, but I've been a big fan of Lasser ever since I caught Isn't it Shocking (aka one of my favorite made for TV movies of all time) years ago. Her career has been one that has always intrigued me. Aside from Shocking and Mary Hartman, Louise has appeared in everything from the splat-tastic horror film Blood Rage (aka Nightmare at Shadow Woods) to the camp classic Frankenhooker to the quirky and disturbed Todd Solondz tragicomedy Happiness. She has always charmed me with her offbeat beauty and great comedic timing. And well, Grodin is just adorable. But I wonder, is it bad that the thing I remember him best for is his cameo as himself on Laverne and Shirley? Hey, that's how I roll.

I was doubly pleased when I discovered that Lasser also wrote the screenplay for Just Me and You. She said it was a way to work out some personal angst. In an interview Lasser remarked, "I'd like to feel, uh... less anxious,,, all the time about what I'm gonna do this day or this night or this holiday or this Sunday. I don't want to worry about that." 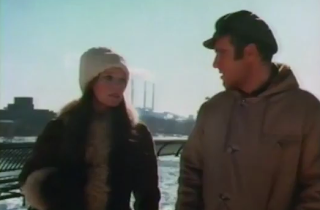 She began her script while Mary Hartman was in production, and resumed writing after going into seclusion when the series was cancelled. She decided that Just Me and You should be her next project despite the fact that her original script was nothing more than 300 pages of conversation. The writing was cathartic for Louise who noted that the character Jane started off very flighty, but as the actress calmed down, the character also took a chill pill (Lousie played Jane in the movie as well). She gave the original script to an executive producer at NBC named Deanne Barkley, and she encourage Louise to work on it. Critics found that final product to be "warm," "enchanting," and most importantly, "funny." 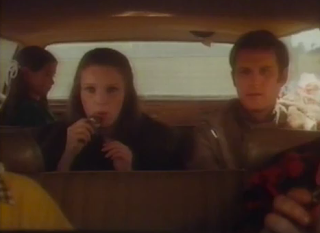 Just Me and You was the 1st of what was to be a three picture deal with NBC. However, this remains the only produced script that is solely Louise's (in 1966 she co-wrote What's Up, Tiger Lily). That seems really sad to me. This film was obviously a labor of love, and I would have liked to have seen more scripts by this charming and lovable actress. Just Me and You did enjoy a VHS release.