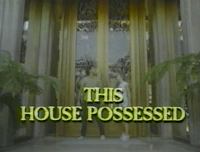 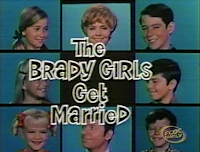 Picture it. February 6th, 1981 just happened to fall on a cold Friday, and all you've got that night to keep you warm is the prime time television schedule. In fact, just to set the mood, here's a look at the general weather patterns on that day: 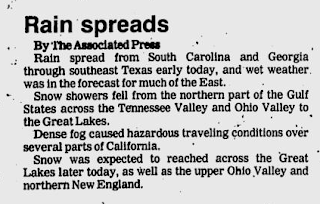 Who'd want to go out in that? Looks like you've got some serious viewing decisions to make. The ABC Friday Night Movie was premiering This House Possessed, and NBC was bringing the world the long awaited Brady Bunch reunion, featuring  Jan and Marcia tying the knot in The Brady Girls Get Married. Also on CBS we had the much beloved Friday night institutions The Incredible Hulk, The Dukes of Hazzard and Dallas.

Who knew that February 6th, 1981 was a night full of such excruciating choices? Although I consider myself a fairly stalwart Brady Bunch fan, I know for certain Parker Stevenson got all my love that night. I have distinct memories of not just watching House but of also waiting for the premiere, so I could continue my undying love for all things Frank Hardy (and to be honest, I'm not even sure the schedule over at CBS even tempted me on this night, that's how much I love my Bradys and possessed houses). House is still my favorite made for TV movie of all time. Eventually, I got around to the pilot and subsequent series for The Brady Brides, and loved it. I'd be lying if I said I didn't have a crush on Jan's pragmatic beau, Philip. But he would never win in a death match against Parker. No one would.

So, which movie did you choose? 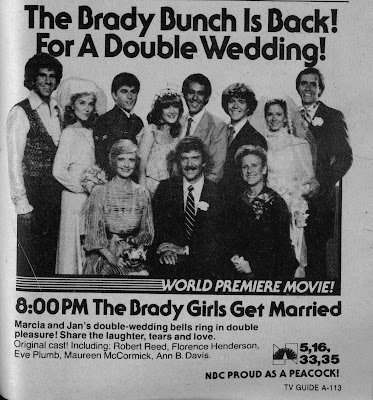 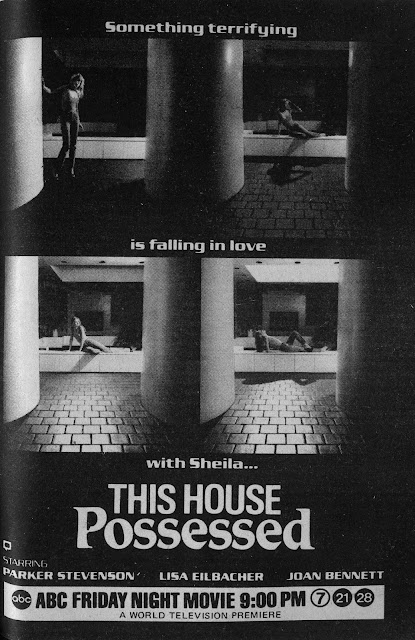 Did you know that Made for TV Mayhem, along with several other bloggers, dedicated a week of love to This House Possessed?
Posted by Amanda By Night at 11:37 AM

No Contest! This House Possessed, of course :)
(and I'm happy and proud to have been part of the week-long dedication/love fest for that one, too)

Hi Jeanette! I could have totally guessed you'd pick THP! :) And yes, thanks so much for being a part of the blogathon. THP Lovefests are important!

"The Brady Girls Get Married" would definitely be my choice. :-)