Must See Streaming TV of the Week: Quincy - Hot Ice 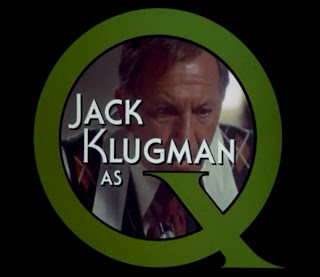 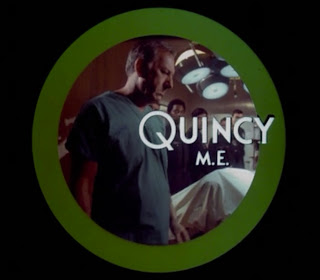 As you probably know, I am a big fan of Quincy M.E. But I didn't start out that way. My mother tortured me with the series back in the 1970s, and I remember thinking it was mostly worth watching for Sam, who I thought was pretty cute (and still do). But overall, I tended to be cold on medical thrillers, preferring either fast cars (Dukes of Hazzard) or free love on the high seas (obviously, Love Boat). In 2009, I rediscovered the series when it ran on the local station and I devoured every single episode. I really like the later seasons where Quincy tackles the hippest and most relevant social causes of the day (you can read my take on some of those episodes here). Quincy is currently streaming on Netflix and so I have returned to my favorite chronically angry pathologist for one more dose. What’s so odd is that I don’t recall seeing any of the episodes I’ve been watching online. Was my local channel holding out?

Hot Ice was the 5th episode of season 5, and it originally aired on October 18th, 1979. It is really two episodes mashed together to make one of the most engaging and fast paced Quincys I can remember seeing. The first half is told with panache, allowing Klugman to showcase his comedic charms.

The story is simple but insane: A jewel heist goes awry, leaving one man dead, and full of diamonds! During the autopsy Quincy and Sam uncover the precious jewels and the government enlists the forensic genius to aid them in a sting operation. Luckily, this coincides with the Miss Coroner Pageant (!) in Vegas and Quincy is soon elected as a judge (with the help of the government). After a couple of scary run-ins with the mob, our favorite pathologist decides that stress has gotten the best of him, but the exhaustion he’s experiencing has a lot more to do with a deadly poison someone has injected him with! No kidding, folks. So now, the clock is ticking and Quincy is determined to solve his own murder!

If this isn’t Must See TV, I have no idea what is! And I’d be terrified to find out! Netflix is currently streaming most of the Quincy episodes and you can watch Hot Ice here.

Always great to see a fellow Klug-fan's take on QUINCY. I've had an ongoing series of what I call The Hilarious Years at my blog looking at these episodes (BITTER PILL and DEAD STOP are criminally underrated along these lines IMO). About to finish the 5th installment up soon.

ON DYING HIGH still isn't streaming. Netflix needs to rectify this. I'd be all over it.

Thanks for stopping by and commenting. Your blog looks fantastic. I think I'll be spending some time there soon!

And I adore "Klug-fan." Can we get tee-shirts made?

I really need to see On Dying High again. It's been a few years but as it stands, it's probably my favorite episode. It's insane!

I don't recall the titles Bitter Pill and Dead Stop, so I know what I'll be streaming next! :)

And again, thanks for stopping by! Klugman 4ever!