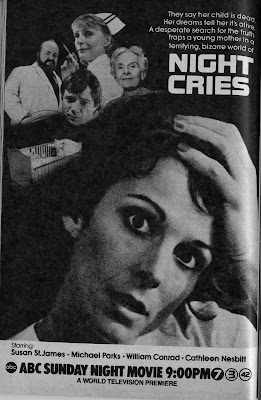 Susan St. James plays Jeannie Haskins, a grade school teacher who loses her baby almost immediately after it’s born. She attempts to return to her everyday life, but is haunted by nightmares of a house, a child and a crying baby. Her husband, Mitch (Michael Parks) sends her to a dream psychoanalyst named Dr. Whelan (William Conrad), and he interprets her imaginings as a message from the past. However, Jeannie insists that the crying in her visions is coming from her baby who is calling for help (how creepy is that?). Eventually she comes to find that her dreams carry two very separate but equally disturbing messages.

I was surprised to see Night Cries was written by Brian Taggert, the man behind Visiting Hours, V and The Spell (among many others). I was his student in the early 2000s when I took a class on horror screenwriting at the UCLA Extension program (I got an A, by the way!). He talked a lot about his films, but I don’t recall hearing him mention Night Cries. Of course that was over ten years ago, but unfortunately, I think my Awesome Radar must have been at the shop, because if I had connected to him to this film, I’m sure I would have asked about a gazillion questions!

What I love about this movie is that it pushes against the authoritarian figures that seem intent on writing Jeannie off as a hysterical woman; instead the film backs her, and speaks to female intuition. Since I have absolutely no maternal instincts, I think Taggert did a commendable job of making me feel for Jeannie and her connection to the baby. However, at the same time, I also found it frustrating that in the end, the authority figures were, to some degree, correct on some of their assumptions. Because Night Cries is really two stories about one woman, the film can veer from the Freudian theory it plays with, as if it is setting out to debunk it, yet it sill confirms its importance later. Half way into the movie I thought it was going to be really progressive, but then it ends up defining Jeannie through her marriage and motherhood. I have to remember this movie was made in the 1970s and strong female figures were sometimes given to us in baby steps.

While Night Cries doesn’t quite reach the expectations I had set for it, it does a commendable job of attempting to give us that strong, if problematic, female lead. Susan is fantastic as Jeannie. Casting the quirky actress in a very non-quirky role was interesting, to say the least. At the time she made Night Cries, she was probably best known as Sally McMillan on McMillan and Wife, and the actress used this tele-film to show a more serious side. Aside from proving her child is alive, she must continue to work as a teacher with other baby obsessed co-workers (maddeningly obsessed too... ugh), confront her husband when she thinks he’s cheating, and she has to constantly push against Whelan who refuses to believe her dreams are more than repressed memories. At every turn, this “hysterical” woman has to face extremely difficult situations, and Susan does it with style and grace. By the end of the film, I was totally Team Jeannie!

Night Cries comes highly recommended if you like your TV movies filled with creepy dreams and an overload of atmosphere... and who doesn't? Here is the original TV promo spot: 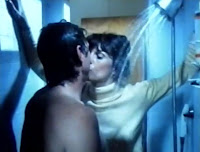 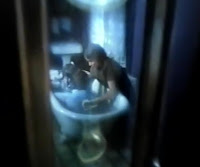 "You can always have another one..." Yep, I remember this flick!

So where can you find it???
I watched a LOT of TV back then and I don; remember this one at all.

Hi guys, thanks for stopping by and commenting!

Lacey, Night Cries, as far as I know, has never had a video release. You can google it and you'll probably find it available (hint, hint). I do my best not to promote bootlegs or illegal streaming for various personal reasons, so I don't post direct links to films, but a little searching will turn up a lot of the films reviewed here.