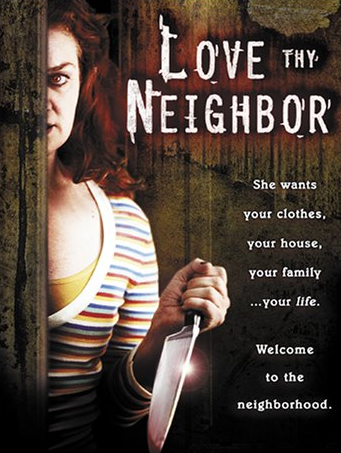 Nosy, annoying neighbors are par for the course in the world of television. Take Mrs. Kravitz from Bewitched. Yeah, I know women didn’t work outside of the home much back then and probably went a little stir crazy, but she really needed to take a ceramics class or something. Then there’s bitchy Barb on The Mommies, always popping in when she’s least wanted (and yeah, I’m throwing a Mommies reference at you. So what of it?). And of course there’s Mr. Bentley from The Jeffersons. OK, he was pretty cool, but wasn’t it funny when George would slam the door in his face? The point is that intrusive neighbors are a a staple of that little world coming through the tube. We seem to like those meddling folks, but wouldn’t we like them even more if they were completely whacked out of their head and possibly murderous? The answer is a resounding yes! 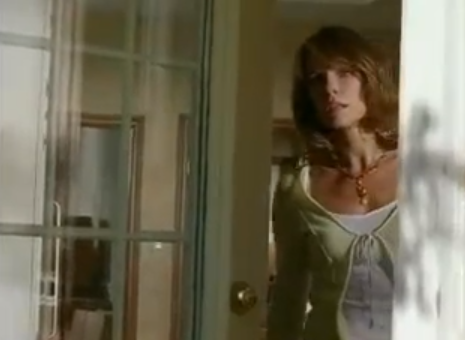 Thank the TV gods that Janis Rivers (Shannon Lawson) is crazy. I’m not giving anything away by saying that because from the very first second you see her you know she’s about two bricks short of a full load. The fun of Love Thy Neighbor isn’t in who did what or even necessarily how they did it, the fun is in watching the actress give new meaning to the words coocoo bananas! 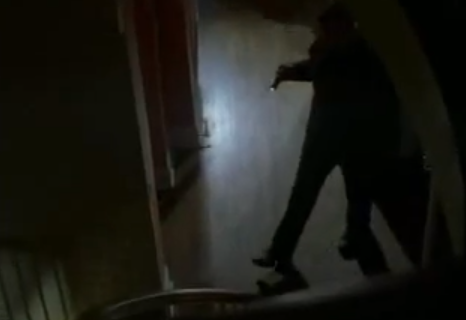 After a traumatic break-in, Laura Benson (Alexandra Paul, one of my favorite Baywatch babes and a Lifetime movie regular) finds herself unable to cope. Her hotter-than-Georgia-asphalt hubby Jim (Gary Hudson from Ladykillers) moves the family to a gated community. Unfortunately, they have moved next door to Janis. If a Stepford Wife and The Stepfather had a love child, it would be Janis. She longs for perfection, but if she doesn’t get it… well, you get the point. The best part is, Janis hardly ever gets what she wants. 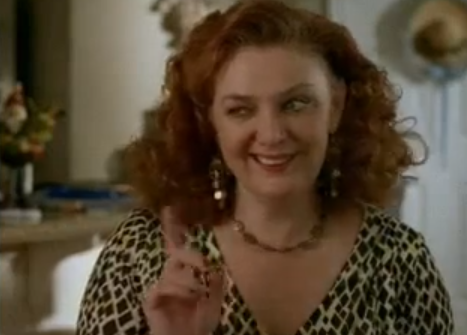 Janis runs the gamut of pranks on her neighbors. She does everything from leaving threatening letters (with words cut out and pasted on paper!), to making anonymous phone calls in an attempt to ruin the coach and Laura’s daughter to swinging her hips to keep the rent-a-cop plenty distracted. And she does it all with a smile on her face. Janis is only interested in maintaining a false sense of perfection, and she’ll take down anyone who wants to prove it otherwise. 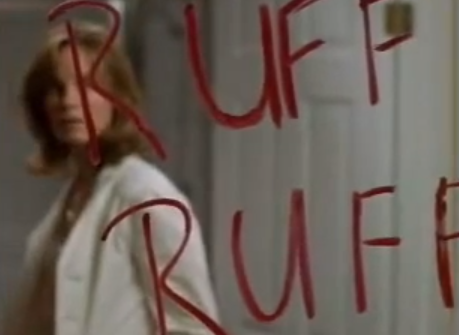 There are brief glimpses of Janis’ inside world, like when she’s spying on the rent-a-cop while chowing down on some fried chicken. These were some of the most interesting aspects of film, humorously revealing the imperfections of Lifetime’s kookiest neighbor. Love Thy Neighbor is so much fun. It’s completely formulaic, all the way down to a Janis vs. Laura smackdown, but there’s so much life in the villain it’s hard to not enjoy watching her. However, it should be noted: this movie is not kind to animals. The Benson’s luck with pets is excruciatingly painful and how I still mourn the loss of poor Fred!

Love Thy Neighbor is on DVD.


Love Thy Neighbor Trailer:
Posted by Amanda By Night at 12:42 PM

Email ThisBlogThis!Share to TwitterShare to FacebookShare to Pinterest
Labels: lifetime, made for tv, stud, thriller