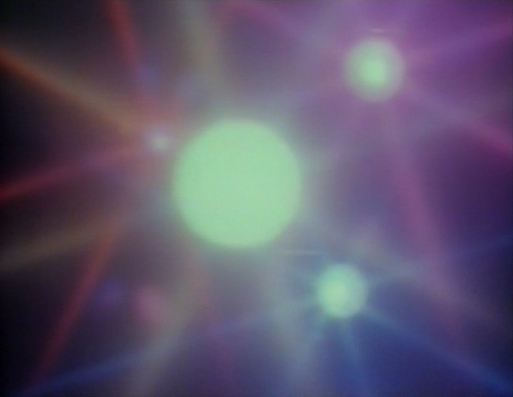 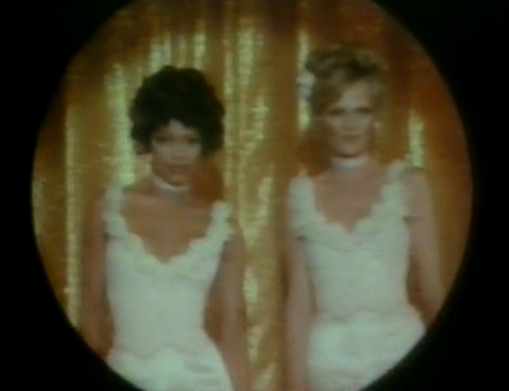 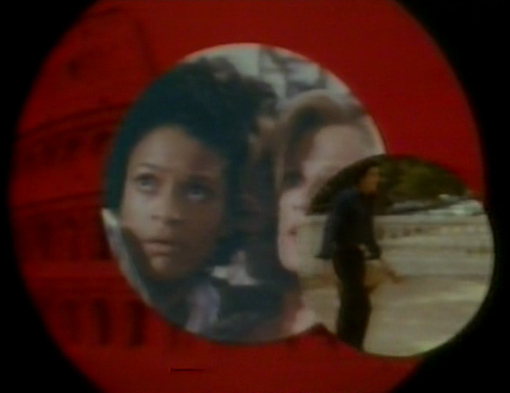 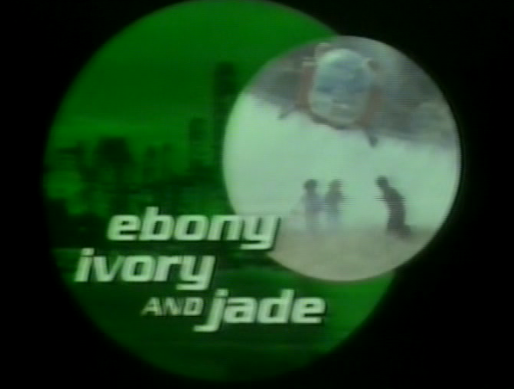 When I think of the words Ebony and Ivory, I instantly think of that bit of pop music heaven that Paul McCartney and Stevie Wonder pulled together in the early 80s. You know, the one about people living in harmony on keyboards or something like that. But once you throw in the word Jade, the whole image changes to represent Martha Smith from Scarecrow and Mrs. King, Debbie Allen from Fame and Bert Convy from my heart.

So, instead of awesome tunes, we get a fairly clumsy trio of private investigators who tend to get involved in espionage. I’ll be honest, I’m not sure they are really in the P.I. business at all, but that’s how some articles referred to the trio back when this ditty came out in 1979.

It seemed to me that Convy was a tennis-bum-turned-talent-agent and part of some network of intelligence. But the whole affair is so unclear about everything, I just wasn’t sure (note that the newspaper promo below does call the group "superspies"). At any rate, Ebony, Ivory and Jade are protecting a brilliant scientist who has created a new type of explosive. The meet Dr. Adela Teba (Nina Foch) on a train and Ebony and Ivory use their questionable talents as singers to distract the other passengers while Convy does some investigative work. It kind of backfires, even though they are being watched heavily by two other “good guys” who are never really explained, but one of them is Ted Shackleford!

At any rate, the formula is stolen and this bad guy goes around sprinkling a pink-colored powder around. Since it is activated by heat, the villain puts it on light bulbs and sometimes just lets it warm in the sun while Jade and his ladies run for cover! The bad guy is played by Donald Moffet and he’s so mean that after he kidnaps the women he cleans and presses their clothes! OK, so he strips them first, but still… While he has quite a few henchmen, his best bad guy is actually his maid Mrs. Stone (Lucille Benson). Not only does she do a mean pressing job on slacks, but she also knows her way around a pistol! She actually follows our heroes to Vegas, disguised as a maid of course, and attempts make their hotel room explode.

At some point both Frankie Valli and David Brenner pop up to play themselves. They serve no purpose, but it was nice to see them. Claude Atkins also puts in a little face time in this prospective series pilot. It's such a strange little movie that goes from point A to point B without any clear aim, but the friendly TV faces are so damn charming I just didn't care. Of course, I'm soft on Convy, but truly, despite the plot problems, everyone is diggin' in to the material and having fun.

Not be confused with Cirio H. Santiago's 1976 theatrical exploitation flick, this Ebony, Ivory and Jade is directed by my favorite small screen filmmaker, John Llewellyn Moxey. Staying true to form, he makes the whole thing feel a little more confident and slicker than it had any right to feel. I'm sure it would have made an interesting series, looking something like Charlie's Angels, minus an angel and with more music. Plus, handsome but goofy Convy could easily be a mix of Bosley and Charlie. If only I could go back in time and make it so! 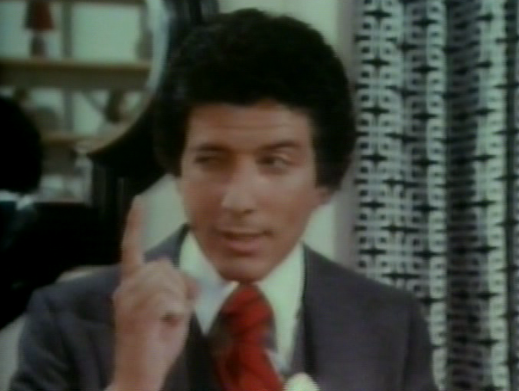 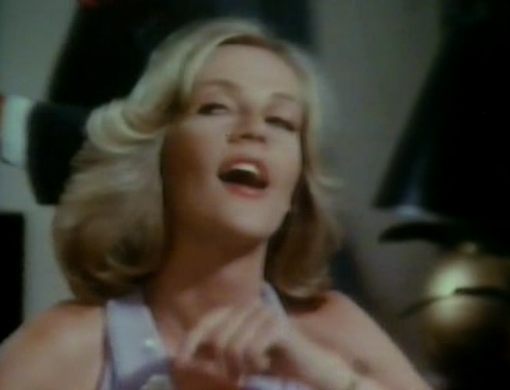 I think this should only be viewed as a double feature with Santiago's flick - now THAT would be a pair of cinematic gems!

No one could rock the "dry look" like Convy.