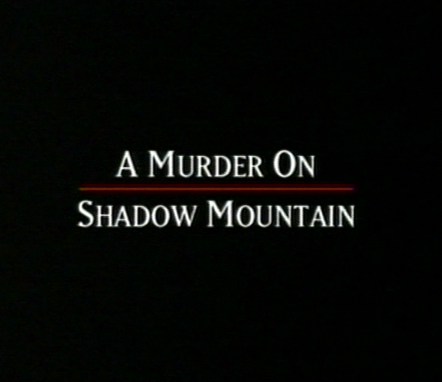 This review has been written in conjunction with the Daily Grindhoue's year long tribute to the USA World Premiere Movie.

Based on the true crime novel of the same name (also known as Mountain Madness: A Deadly Night, A Bloody Secret, A True Story), A Murder on Shadow Mountain recounts the extraordinary story of a woman who is intent on proving her husband did not commit murder, even though the evidence she digs up continually indicates otherwise. 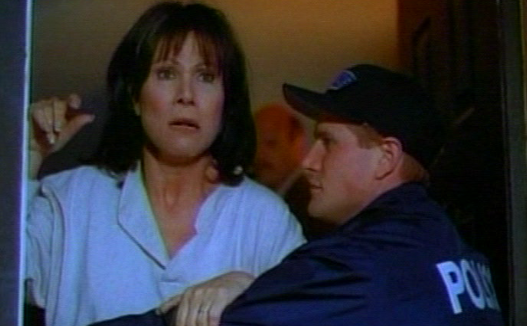 Denny and Barbara Traynor (Peter Coyote and Michelle Lee) have an idyllic blue-collar life, filled with happy children and secure jobs. All of that gets turned around after Denny is arrested and extradited to Oregon to stand trial for a murder he allegedly committed over two decades earlier! During his time in the holding cell, Barbara begins to uncover a lot of secrets about her husband, but stands by him, even when the “truth” dictates otherwise. Her love and devotion become an inspiration and even the man who had Denny arrested begins question the case, as Barbara seeks answers to the night of the murder. 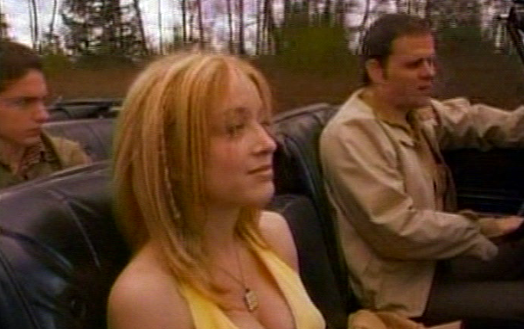 The story is interesting, perhaps even more so because it’s based on a real life event, but this adaptation is just not captivating. The leads are... and I really hate to say this... lackluster, and it appears as though Michelle Lee's heart was just not in this film (Of course, I won't speak for her, because I'm sure she can kick my ass, but if you've seen the film you get my point). Coyote fares a bit better, but his weird mid-west accent comes in and out just like his bright moments. 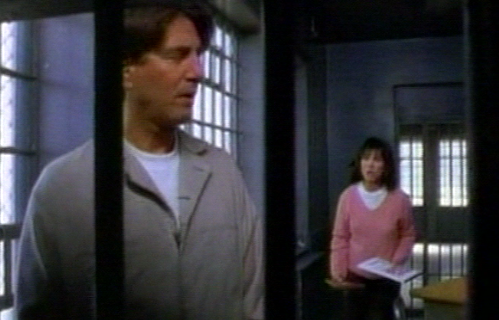 Yet, Shadow Mountain has a surprisingly moving ending. Despite the drama that never really goes anywhere, Jayme Knox’s honest portrayal of Sheryl, a victim who continues to blame herself for the events as they unfolded, digs itself into a very real place. She is the lynchpin-twist of the TVM, but it may have served the filmmakers better if they made the movie about her side of the events. 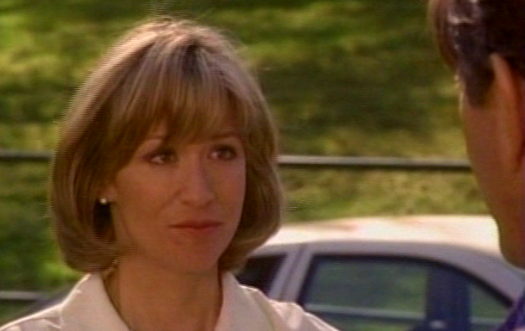 Shadow Mountain, which originally aired on May 25th, 1999, should have been a great movie. Dan Levine’s tepid screenplay attempts to create a mystery that provides twists and turns at every commercial break, while playing on a postmodern slant of memory as inherently fragmentary and slanted, skewed to the point of making fantasies into “facts.” The nerdy side of me was totally in this film’s court, hoping we’d see some kind of examination on how the reinterpretation of memory works as a survival instinct, but maybe that’s just too big for the little-TVM-that-almost-could. And again, I may have been #TeamShadowMountain if the performances were just a little stronger. I have only recently discovered Knot’s Landing, and Lee’s portrayal of Karen Fairgate is in so many ways, larger than life. Intense, but loving. Loud but thoughtful. Even when Karen gets on a high horse, I’m always willing to hear her out. Just that one part makes Michelle the perfect choice to play a character like Barbara. Not so much here. Barbara is simply not interesting, nor is Michelle’s lifeless portrayal, and neither character nor leading lady can carry the film. 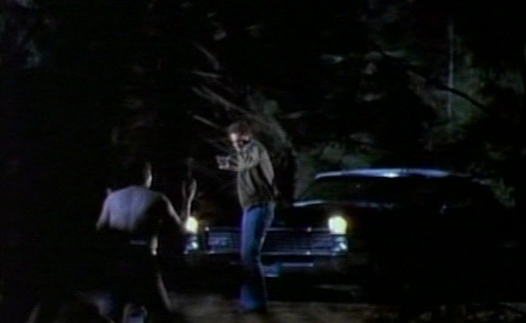 USA World Premiere Movie – you’ve disappointed me, but I refuse to break up with you. I know you have more gifts to offer (and I love gifts)!

Note: I really hated writing this review, but I guess they can’t all be winners, right?
Posted by Amanda By Night at 8:15 AM

Murder on Shadow Mountain was a CBS movie, not USA. USA may have rerun it.

When I Google the title and CBS I do see it coming up, so thanks for the heads up.

For your reference, I got my information from Avrin Marill's Movies Made for Television, which is a great book, but of course, perhaps not without typos. However, I will always fall on my print sources first. And as it stands, I'm not going to change the info. But of course am leaving this comment for anyone who may be interested.