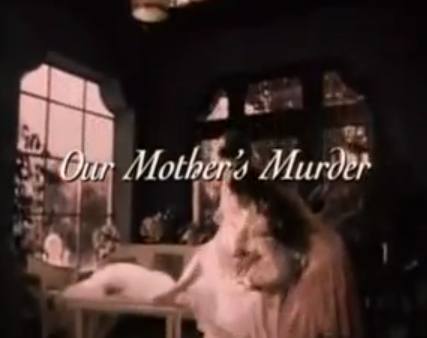 This review was written in conjunction with The Daily Grindhouse's year-long tribute to the USA World Premiere Movie.

It wasn’t planned, I swear. When I was choosing what USA movies I’d like to review this month, Murder on Shadow Mountain and Our Mother’s Murder simply looked like good choices (I must be drawn to the word "murder" and I’m not quite sure what that says about me!). If you read my review of Shadow you know it ended up being a bit of a disappointment. Luckily, I was already familiar with Our Mother’s Murder, which is one of the few TV movies I loved so much that I stood next to the VCR while copying it, so I could cut out the commercials. Dedication, people. Dedication. It’s not an easy movie to watch, because of the harrowing content and because it’s so damn heart wrenching. And, frankly, it’s perfect. 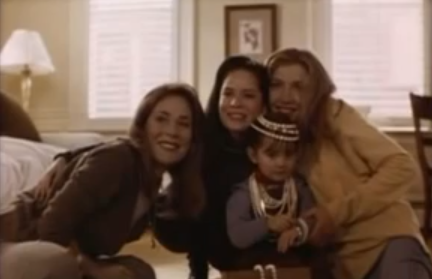 Like Shadow, Our Mother’s Murder (aka Daughters) is also based on a true story. Unlike Shadow, it’s utterly fantastic (OK, I’ll stop beating up Shadow now). This TVM tells the tragic tale of of Anne Scripps, a beautiful heiress who was brutally murdered by the hands of her abusive husband. The story is told through her daughter Alex (Holly Marie Combs in an excellent performance), who is desperate but powerless to keep her mother safe. 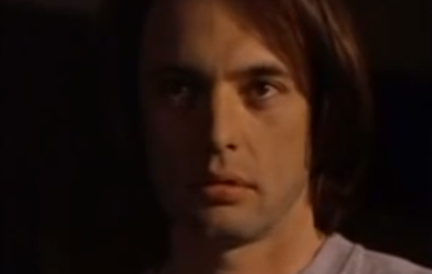 The film, which originally aired on July 16th, 1997, charts the whirlwind romance of Anne (Roxanne Hart, also excellent in the role) and her much younger lover, Scott Douglas (James Wilder, again, amazing performance). The couple was married ten months after they met, and afterwards, Scott begins to reveal a far darker side. It quickly escalates to physical abuse and even attempted murder, but is, as so often is the case, only looked at as a domestic disturbance. Anne, who was brought up in a very conservative lifestyle and is already embarrassed by her first divorce, and has a child with Scott (and because she's terrified), finds herself very reluctant to divorce him. At one point, she even agrees to a temporary reconciliation in the hopes that he won’t run off with their little girl. Scott goes from remorseful to violent in much the same way car chases in action films go from zero to sixty. His moods are sometimes unexpected and always terrifying. Anne’s grown up daughters, Alex and her sister Annie (Sarah Chalke… again… fantastic) watch helplessly as the danger escalates. The film’s title gives the ending away, so for much of the film it is simply an excruciating waiting game as we watch this disgusting man build up to murder. 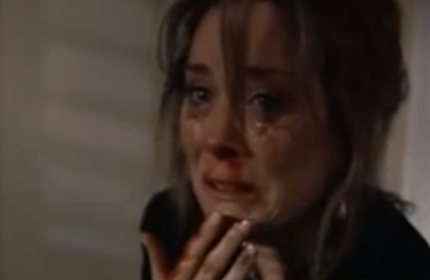 Told without a hint of sensationalism, Our Mother’s Murder is almost too good. The film elegantly captures the idyllic life of two beautiful young teenagers with privileged backgrounds. Their innocent romances with boys and their strong bond with their mother belies the horrors that are about to happen. Our Mother’s Murder is about how abuse affects everyone, and each girl responds differently. Alex becomes a protective adult figure for her own naïve mother, and Annie finds herself drinking too much and getting involved with her own set of abusive boyfriends. They are relatable and their plight is moving. 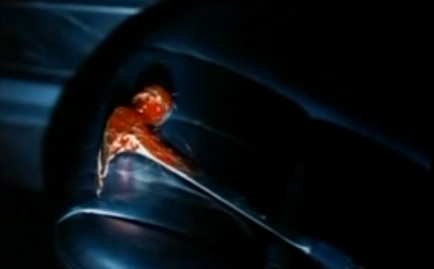 Wilder’s performance is grotesque, horrifying and pathetic. In short, perfectly played. Scott is hateful but complex, and he’s not just a cardboard cutout bad guy. Wilder takes Scott to several different levels, and yet, we’ll never understand why he is the way he is. Anne is unfortunately the perfect victim because she is too ashamed to walk away. In one telling scene, Scott practically drags Anne out of a party and to their car. And while one couple follows them, they do nothing to stop what is an obviously dangerous situation. Anne's friend says, “She waved me off. She is probably embarrassed.” Just a few moments later, Scott tries to push her out of a moving car. 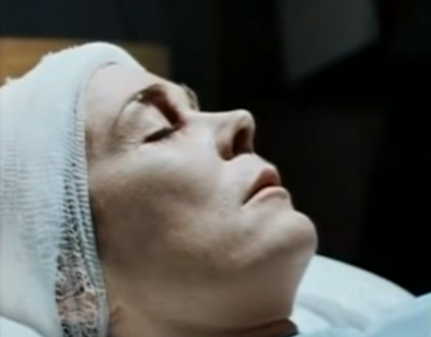 Truth be told, I can barely watch the entire film, I find it so real and heartbreaking. At the same time this is a film I feel everyone should see. It's not just a TV movie I love, it's an important story that is beautifully played and all to relevant. And unfortunately, the story doesn't end here. If you want to know more about Anne and what  happened to her children, start with the wikipedia page. Utterly tragic.

Now that I'm depressed, let's change gears. I can hardly believe that Bill L. Norton, who also helmed Gargoyles, directed Our Mothers Murder. Not because I don’t totally adore both films, because I do, but wow. That’s versatility! And trust me, after this tragic film, Gargoyles makes a nice pick-me-up companion. Hey, it's how I roll... 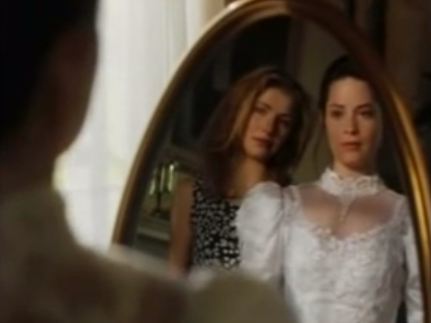